Additional photos from the event on 4-25. 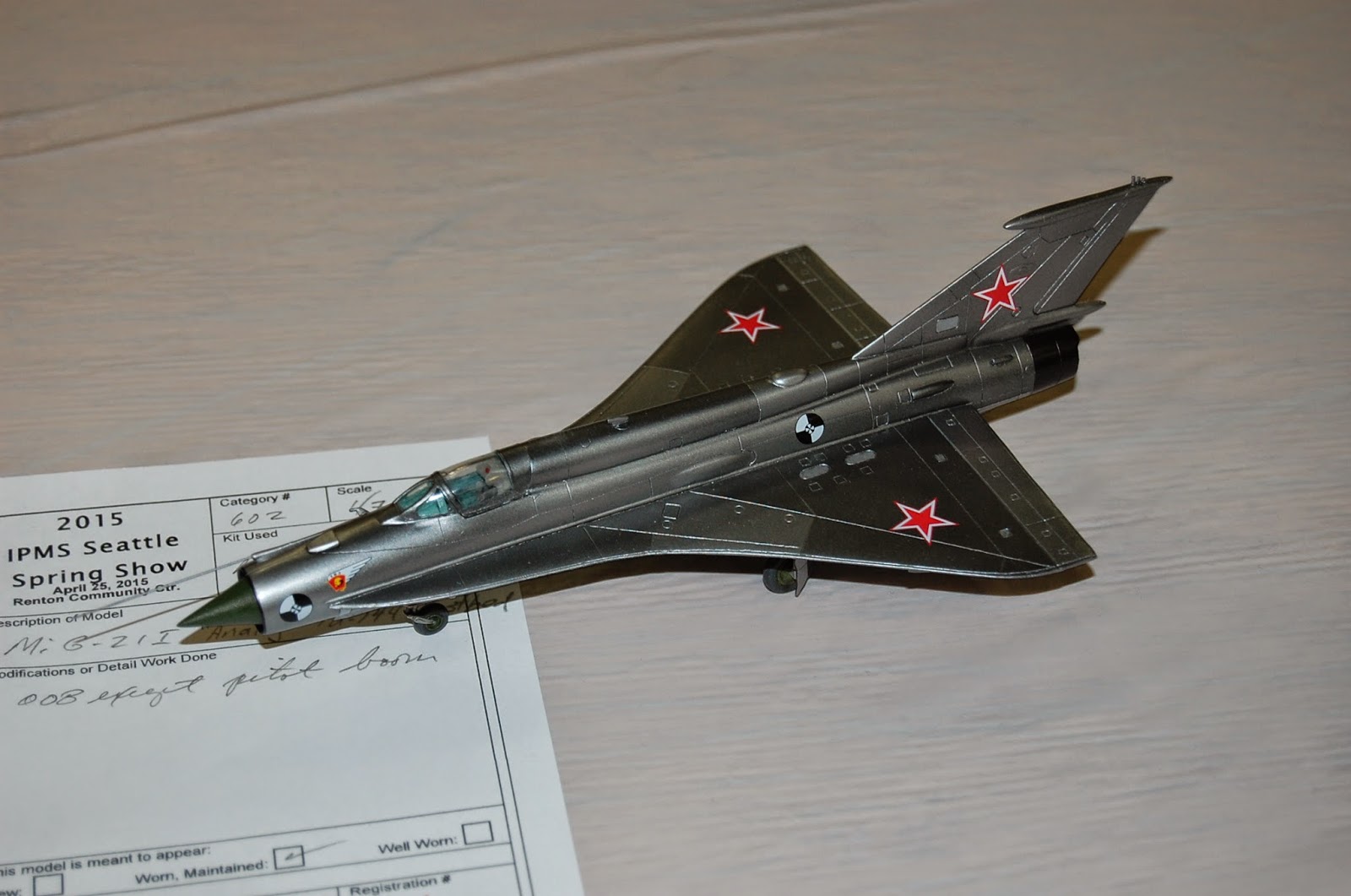 First completed Hasegawa V-22 that I have seen 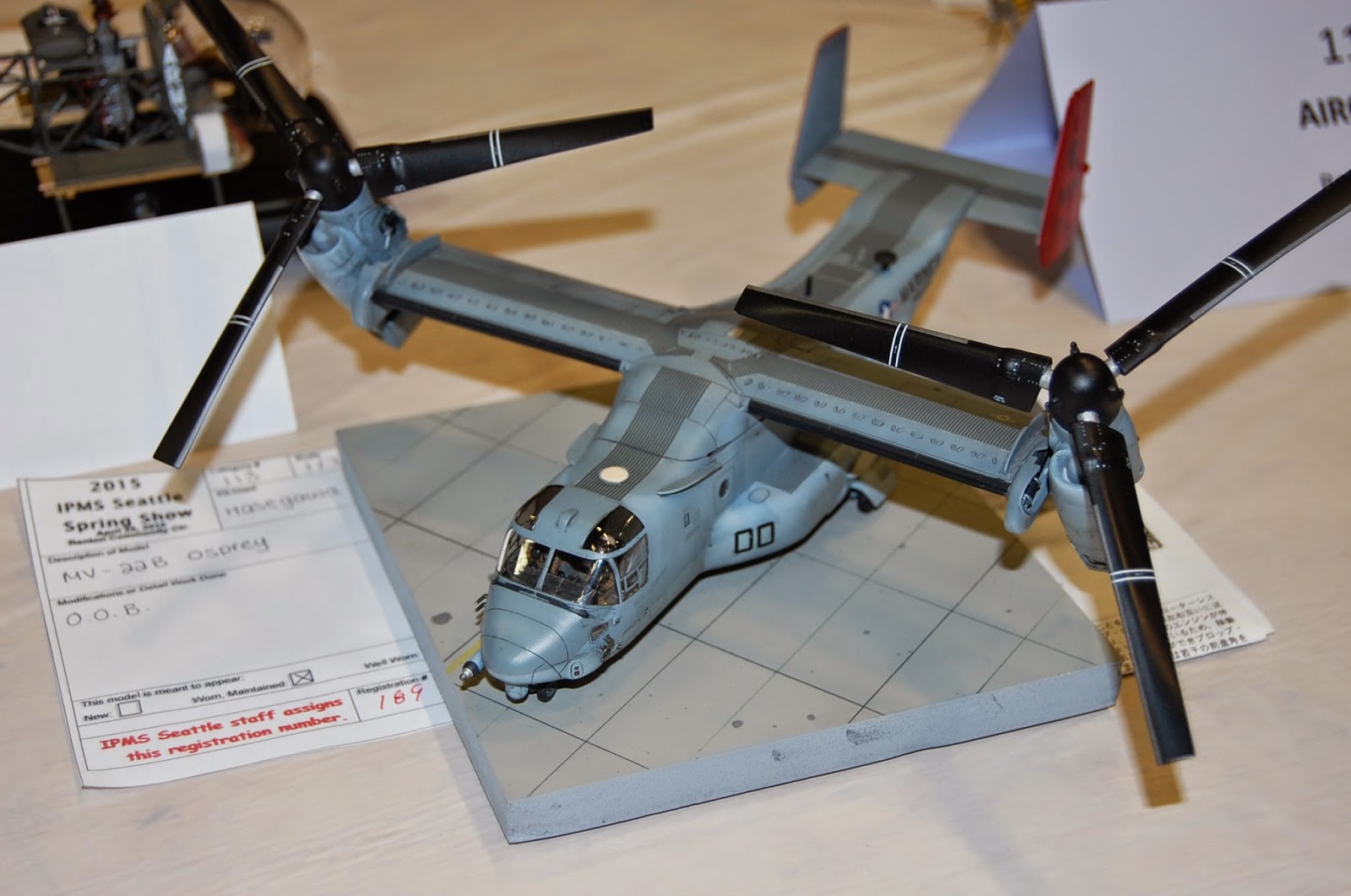 What was billed as an accurized 737, which presumably started out life as an Aurora kit 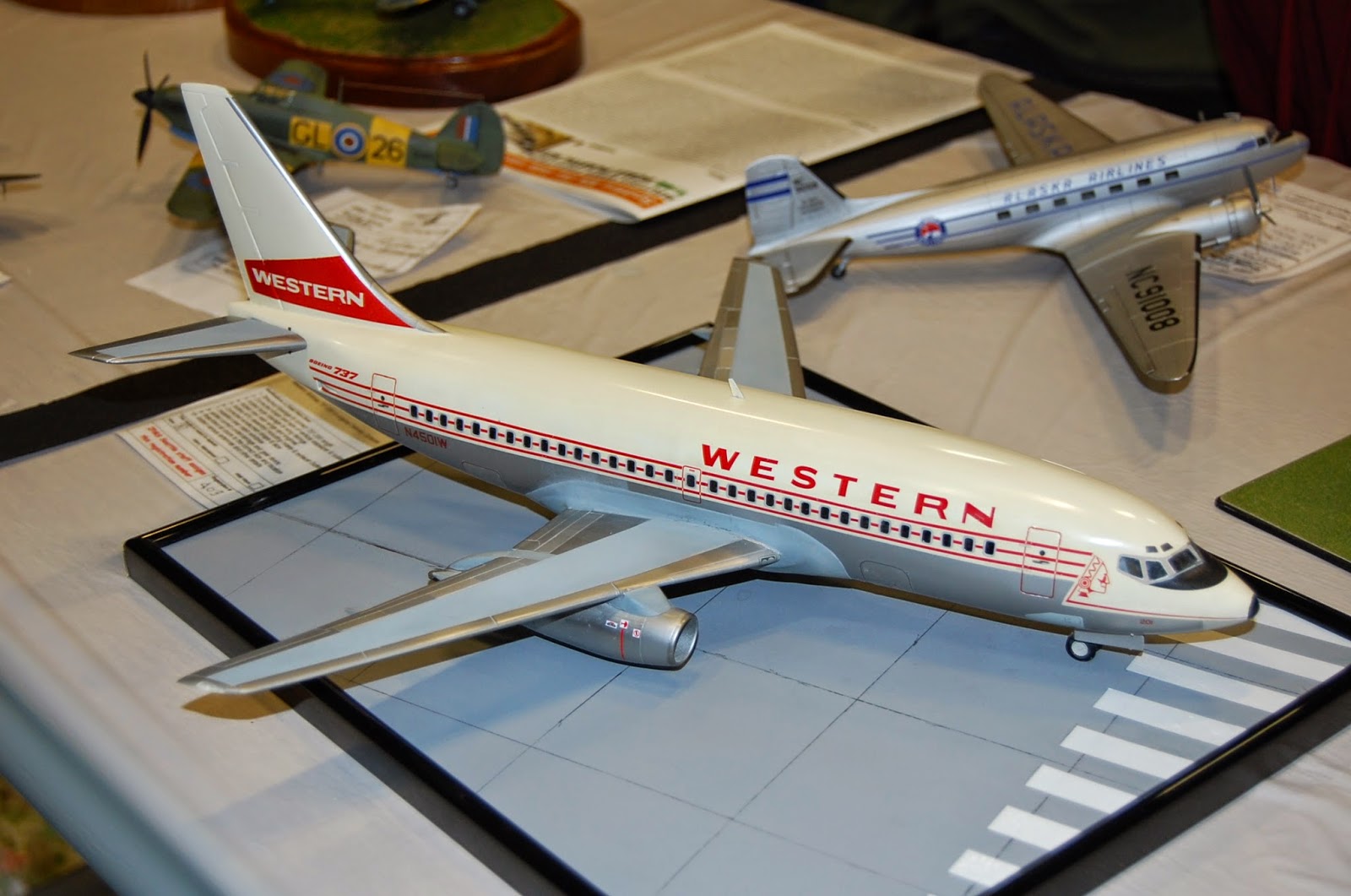 A Phoenix Type A from Joystick vacs 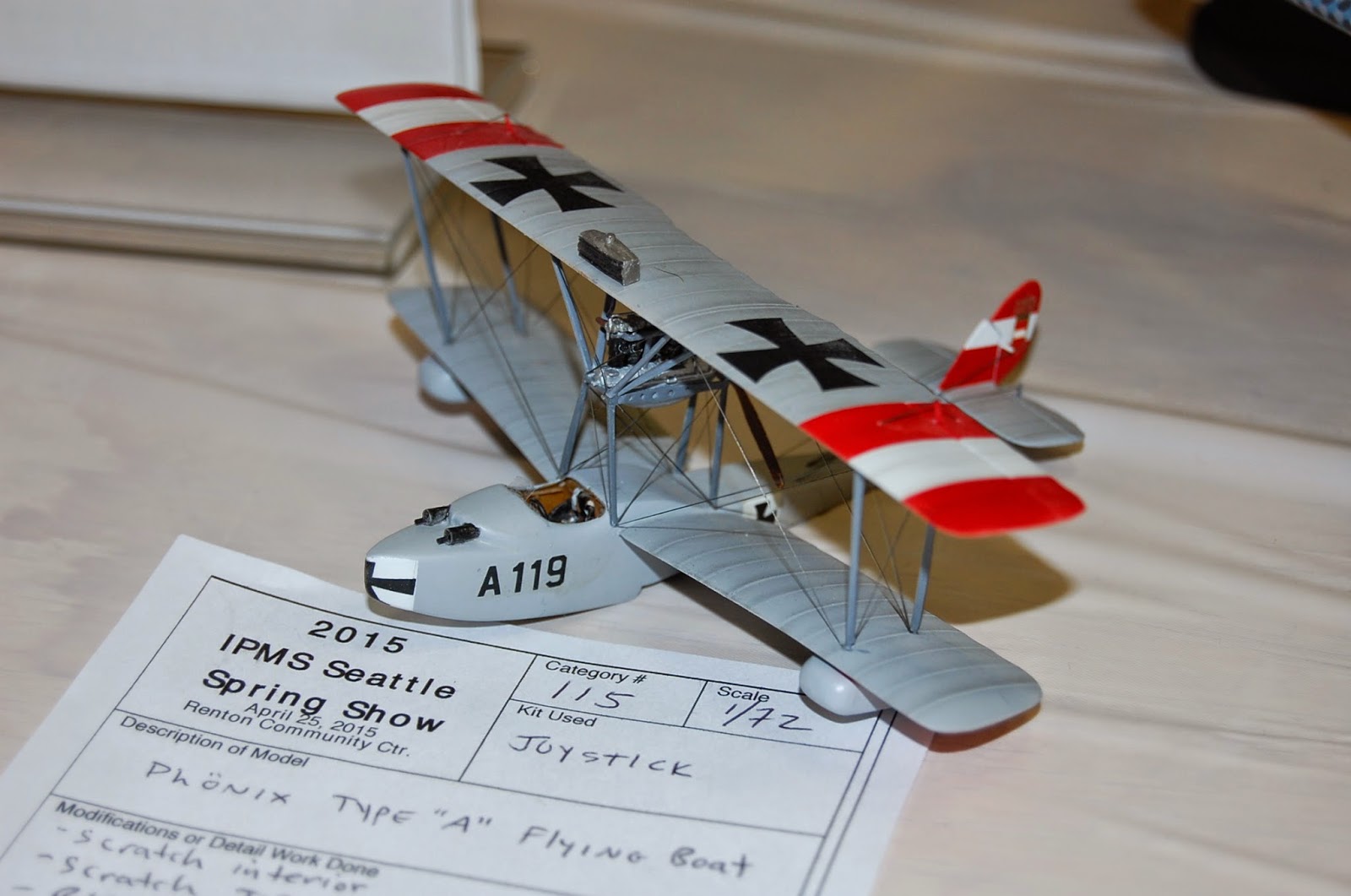 A crossover between aerospace and armor: an A9 under tow 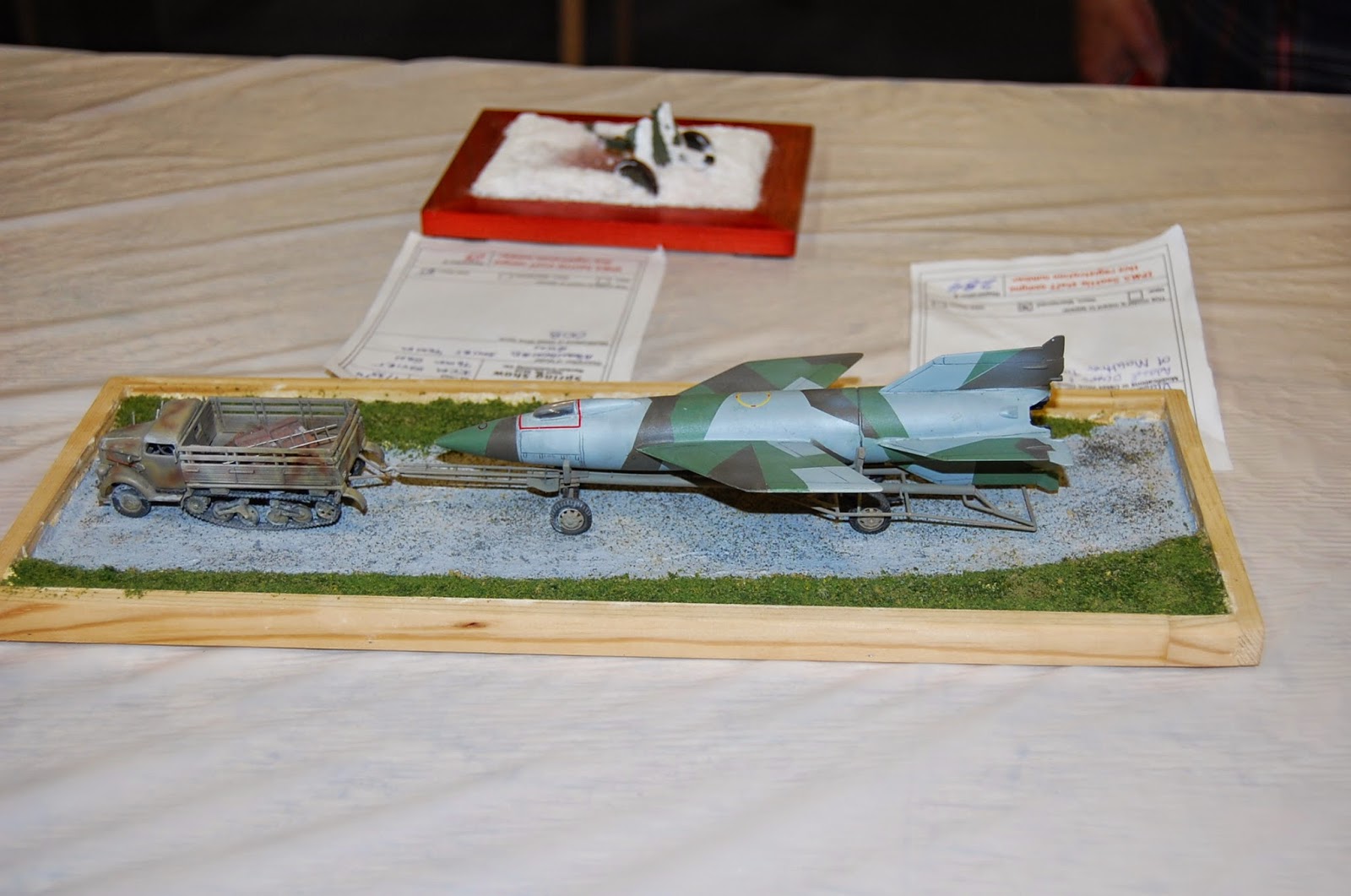 I'll probably stitch together another selection of photos, but if you would like to take a look at the entire gallery, here is the link again: 2015 Seattle Spring Show
Posted by Kevin Callahan at 6:10 PM No comments:

Here are some more photos from the recent Seattle show.

First, one of a number of ragwing Hurricanes. Seems that Airfix might have a hit on their hands. 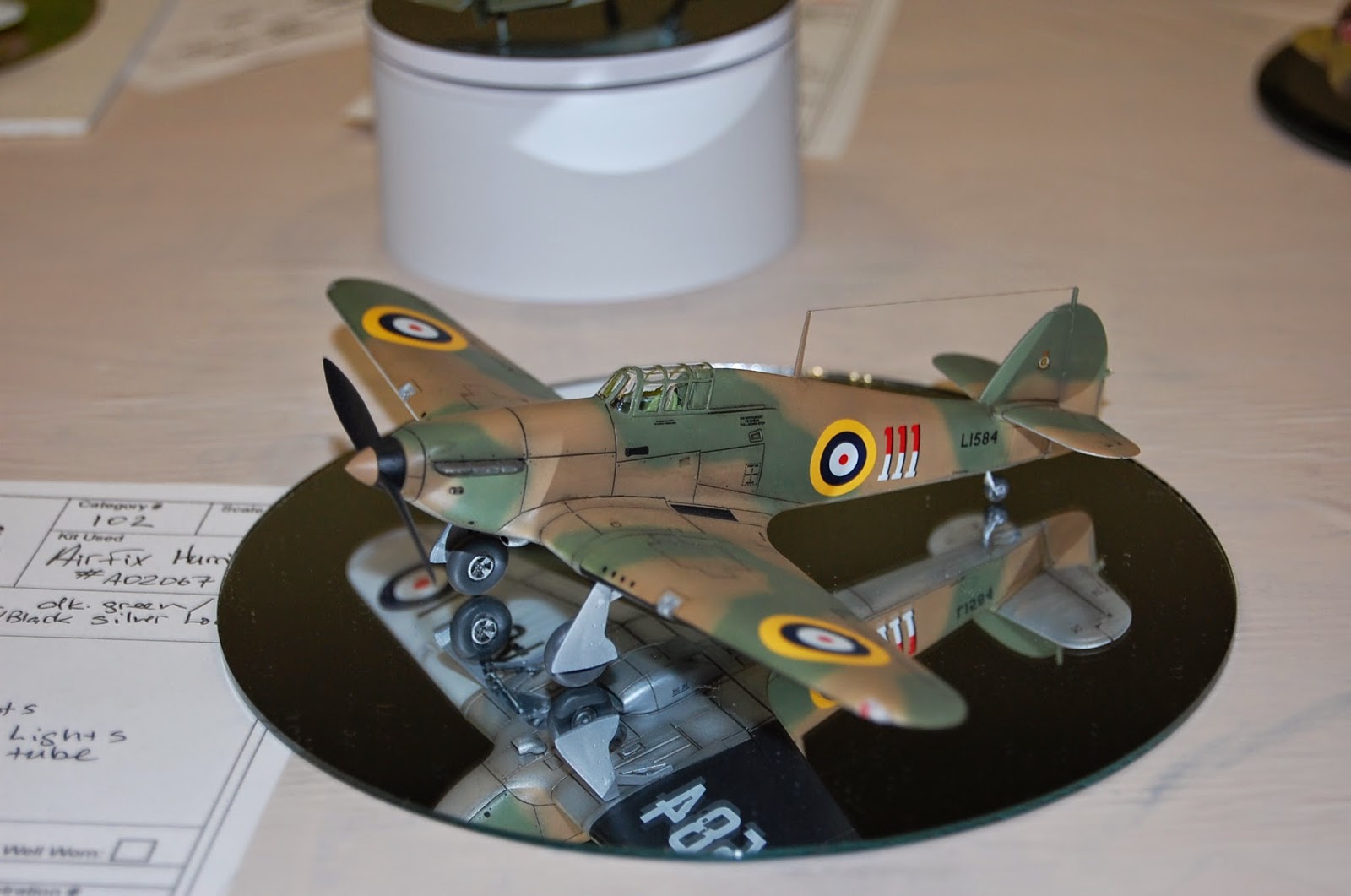 Another recent Airfix kit, the Lightning. 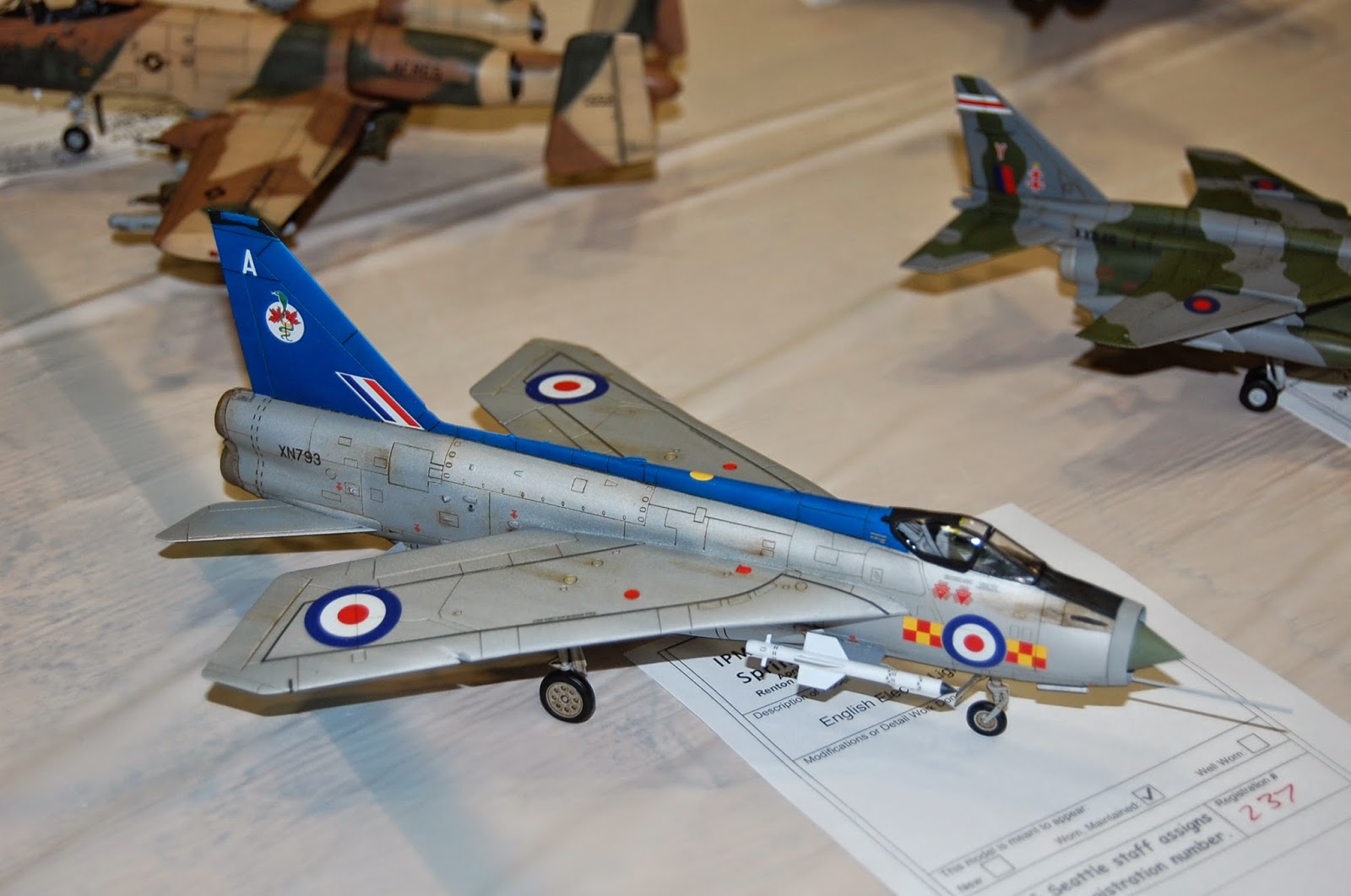 One of two C-54s at the show. Likely the owner wanted to get it seen before the Revell kit arrived. 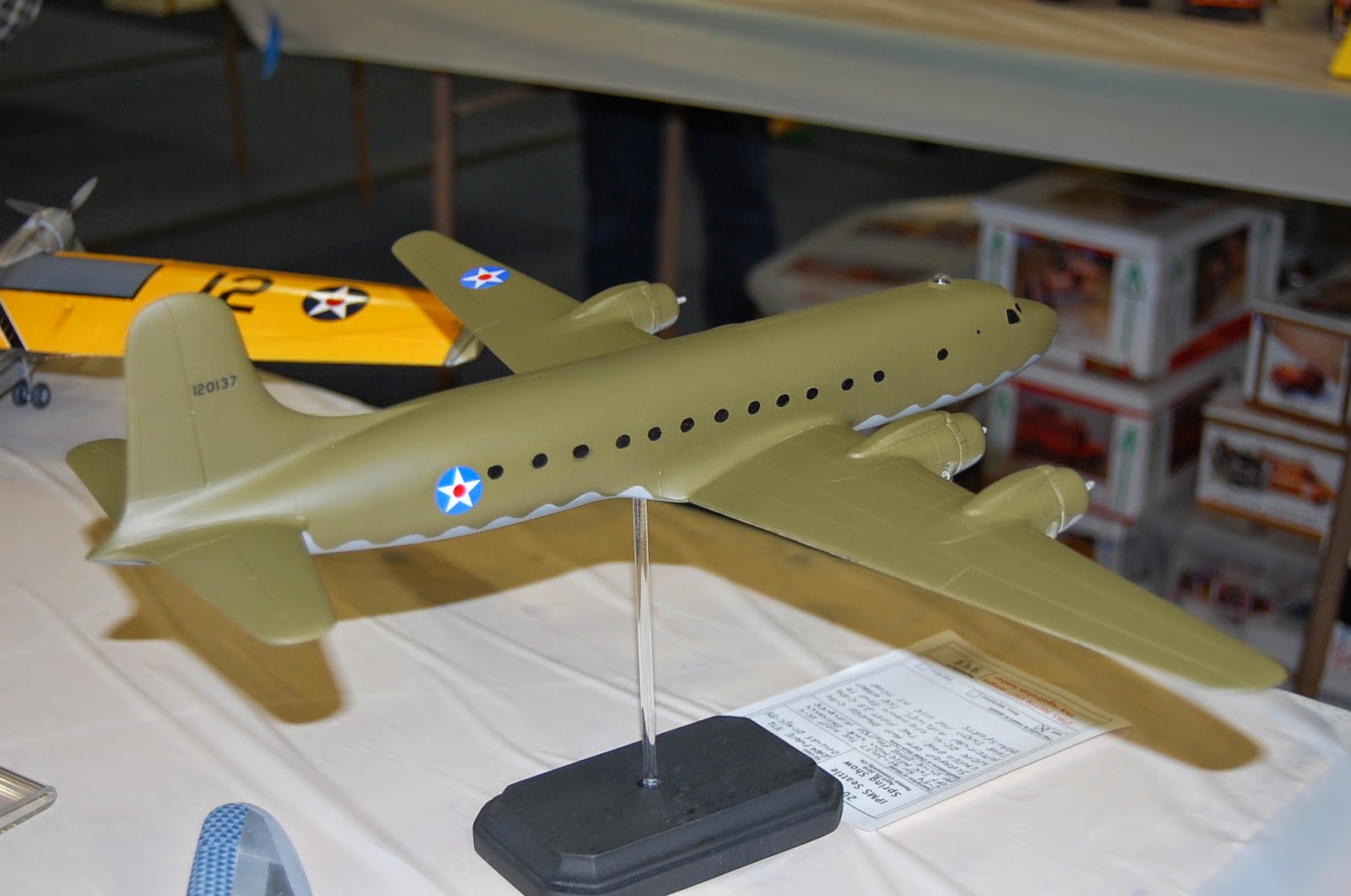 The DML kit of the DeHav Sea Vixen. 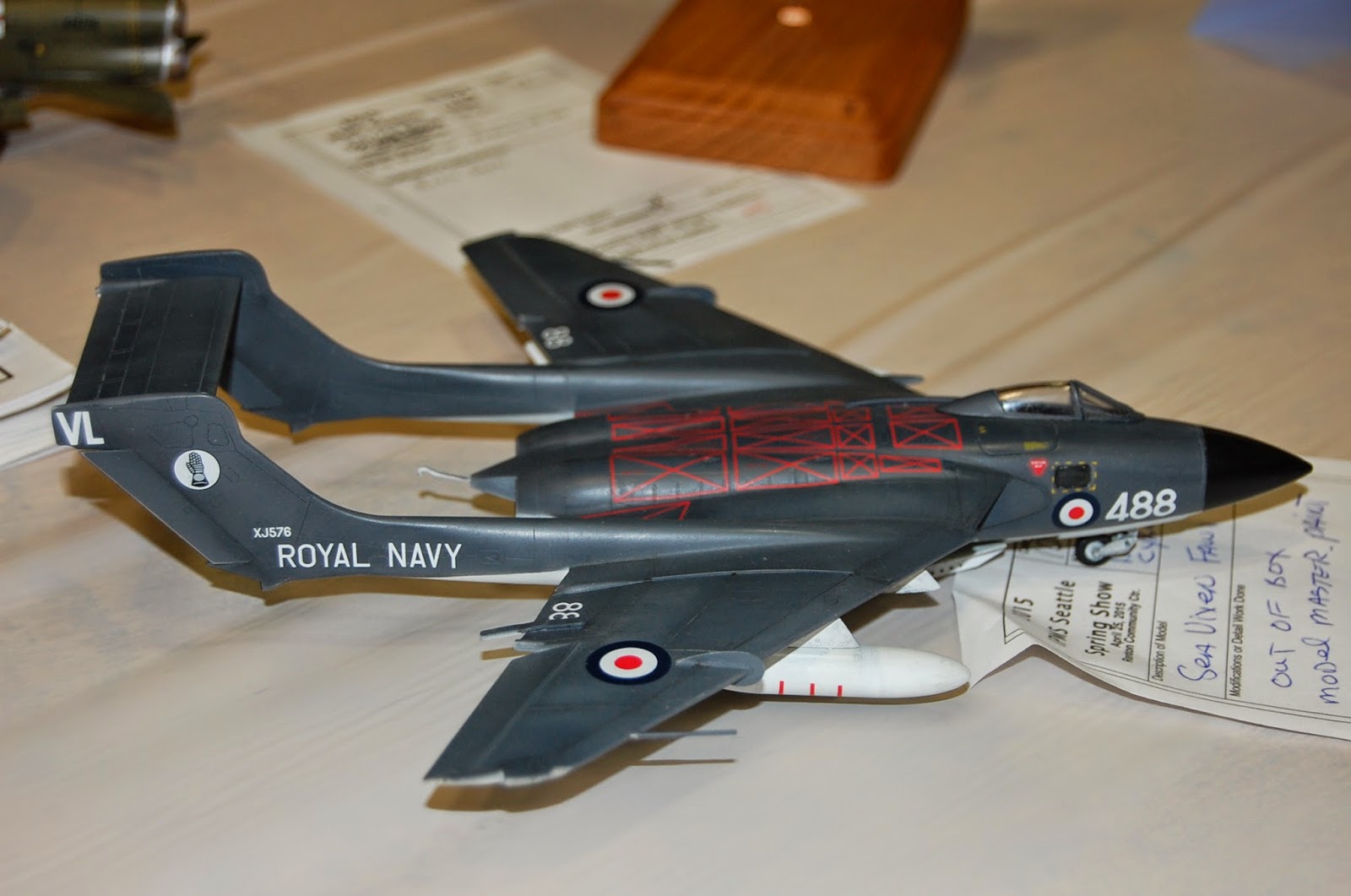 One for the armor fellows: a nice little AA gun. 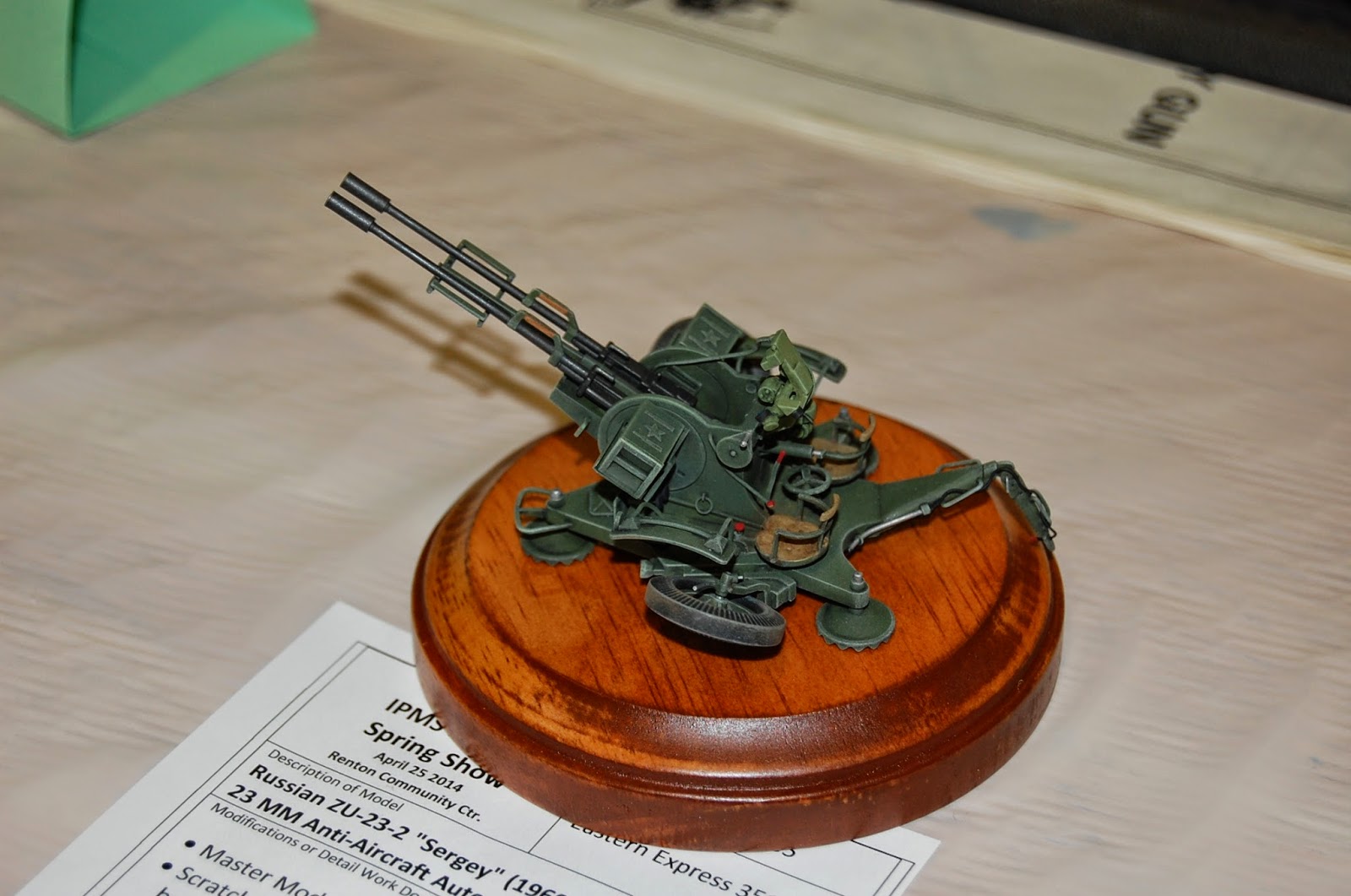 More later.
Posted by Kevin Callahan at 8:29 PM No comments:

It would appear that the legends of my demise might be a bit premature. Though I haven't been doing much in the way of blog posting - or modelling for that matter - I am at least still breathing. Any day, as they say, above ground is a good day.

Though I am suffering from a bit of an Enthusiasm Gap at present when it comes to making models, I've also been rather busy this winter with a thorough house refresh. New roof, windows, interior paint, and a complete new wood floor to replace the ancient carpets. Add that to some temp work at King County Elections and a badly infected tooth and it has been a spring for the record books.

So what has caused this sneaky return? An annual event that typically wakes up even the modelling moles of the Great Northwest: the 2015 IPMS-Seattle Spring Show. Held, as it has been for the last decade, at the Renton Community Center, we got some proper weather for the event. Not cold enough to threaten snow, not warm enough to send everyone to the beach. And we've had both in past years.

Overall numbers seemed to be pretty consistent with prior years. Around 800+ entries, two vendor rooms, and a fairly crowded show floor. Areas that seemed to be especially active were Gundam figures and dioramas. My own personal interest, 1:72 aircraft, was in terms of numbers pretty average compared to previous shows. But I have to say that while build quality was high, type selection was, to be charitable, less than adventurous. I suppose if you are going to compete in a show it makes sense to start off with an already excellent mainstream injection molded kit. But I'll admit that I do have a weakness for the ones that throw that convention out and produce their magic with a vac or resin or at least a less over-displayed type.

The ragwing Hurricane seems to have been a hit with contest modellers. It is nice to see what is reportedly a popular kit actually getting built. There were 2 C-54s, clearly people wanting to get their vac or conversion creations in the public eye before the Revell kit arrives. And the "modelfying" category this year was a 1:72 A-10, which produced some interesting entries.

For the next few days I'll be posting sets of models that attracted my interest. They are entirely subjective; I make no claim that these were the best models on display. The entire set of photos that I took, as in previous years, is stored on Photobucket. They can be accessed at: http://s958.photobucket.com/user/a172ndguy/library/2015%20IPMS-Seattle%20Spring%20Show

Congratulations to the show organizers at IPMS-Seattle for another excellent day out.

We'll start with a vac Zeppelin-Staaken 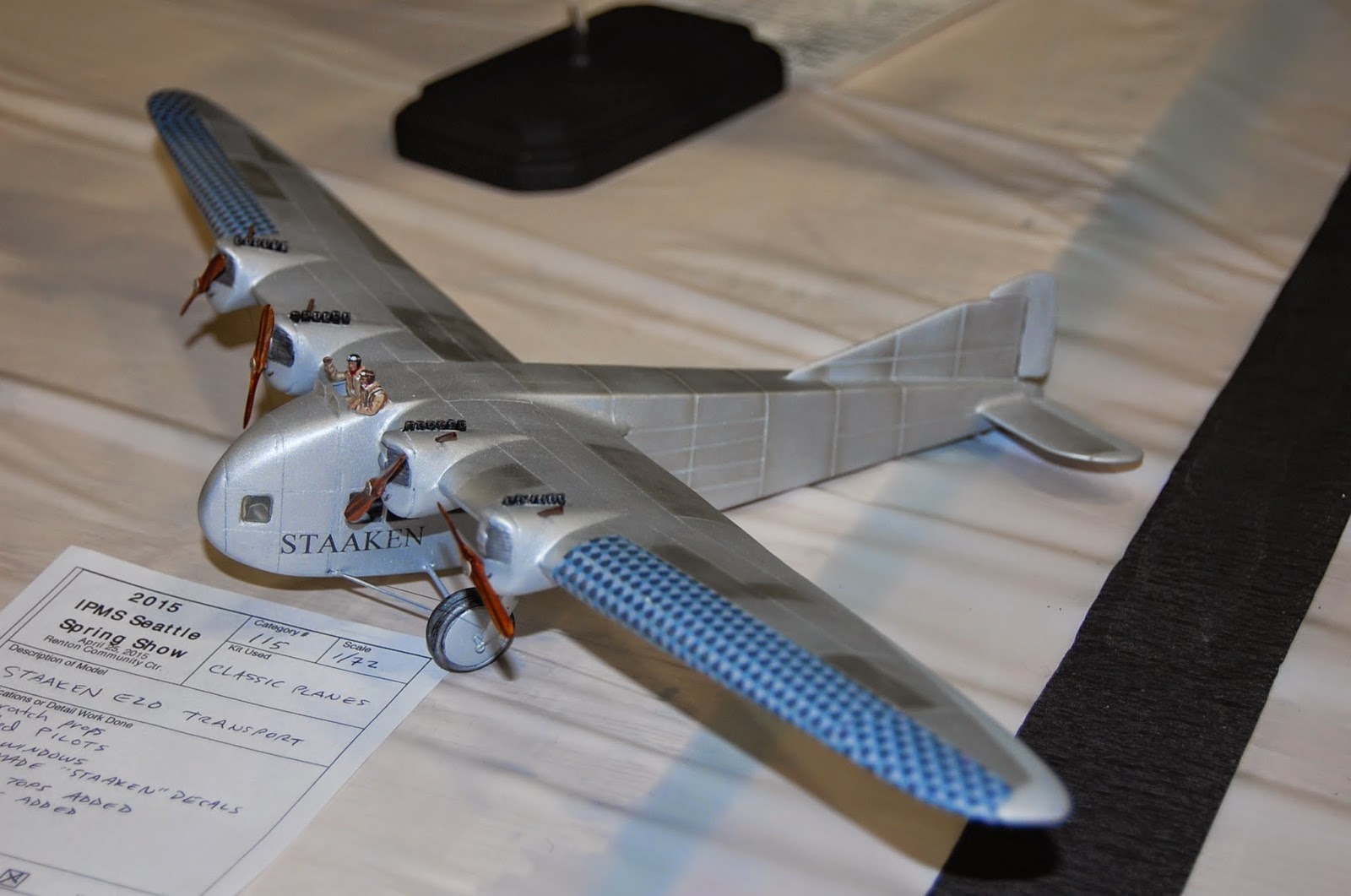 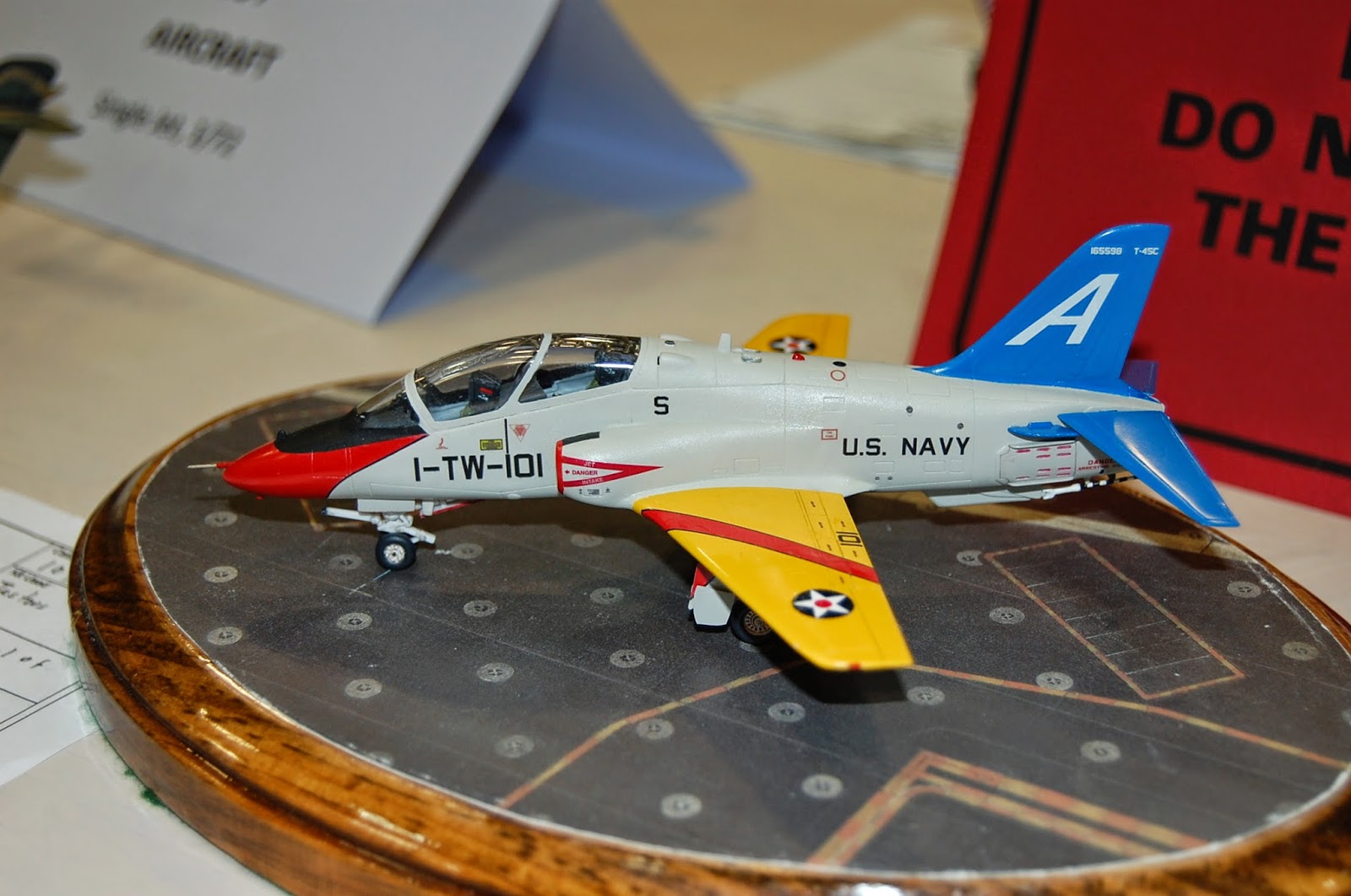 A twin Warthog from the "modelfying" competition 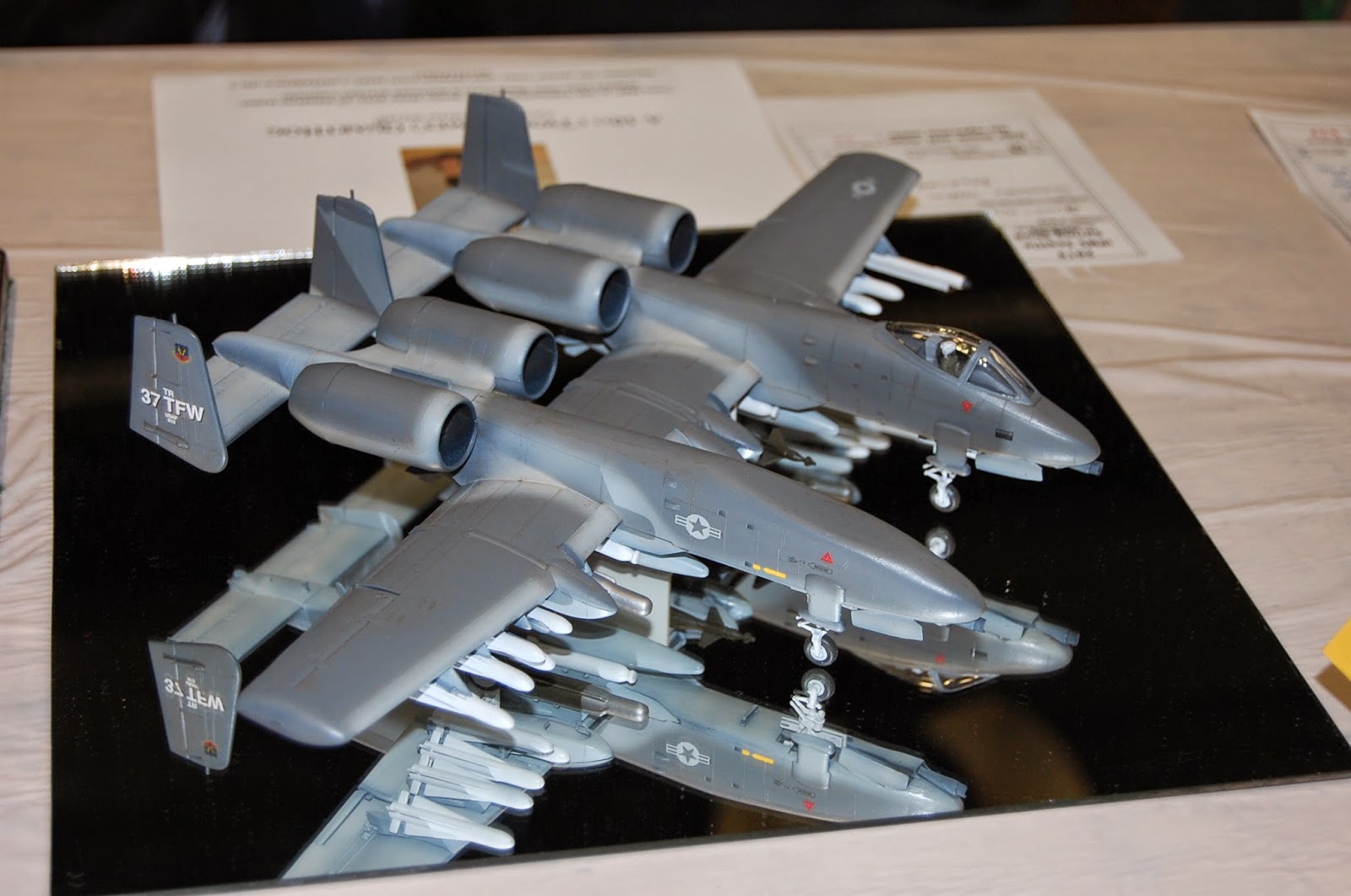 A DC-3 in Alaska Airlines markings, one of which used to be displayed outside of the Museum of Flight here in Seattle 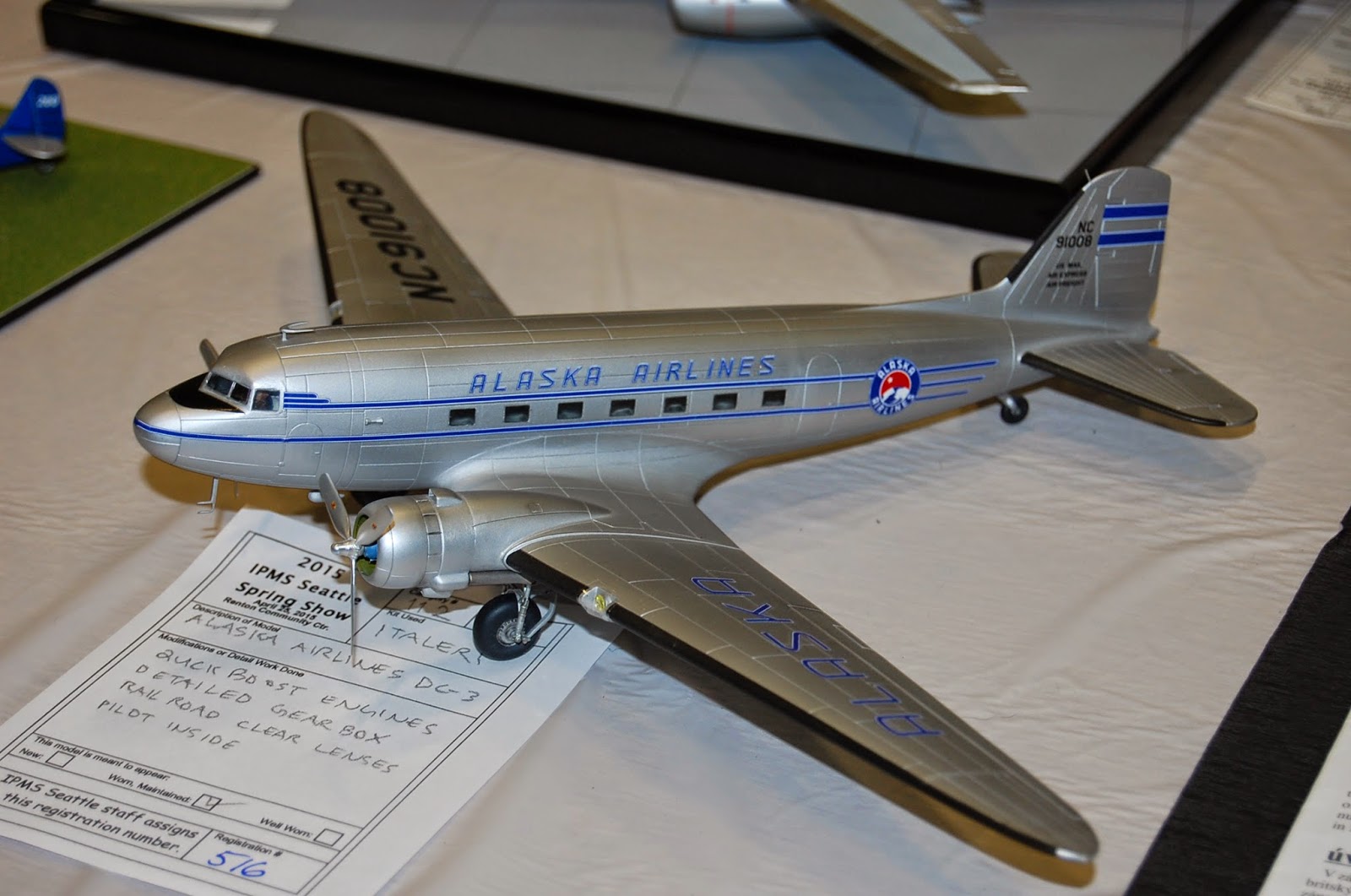 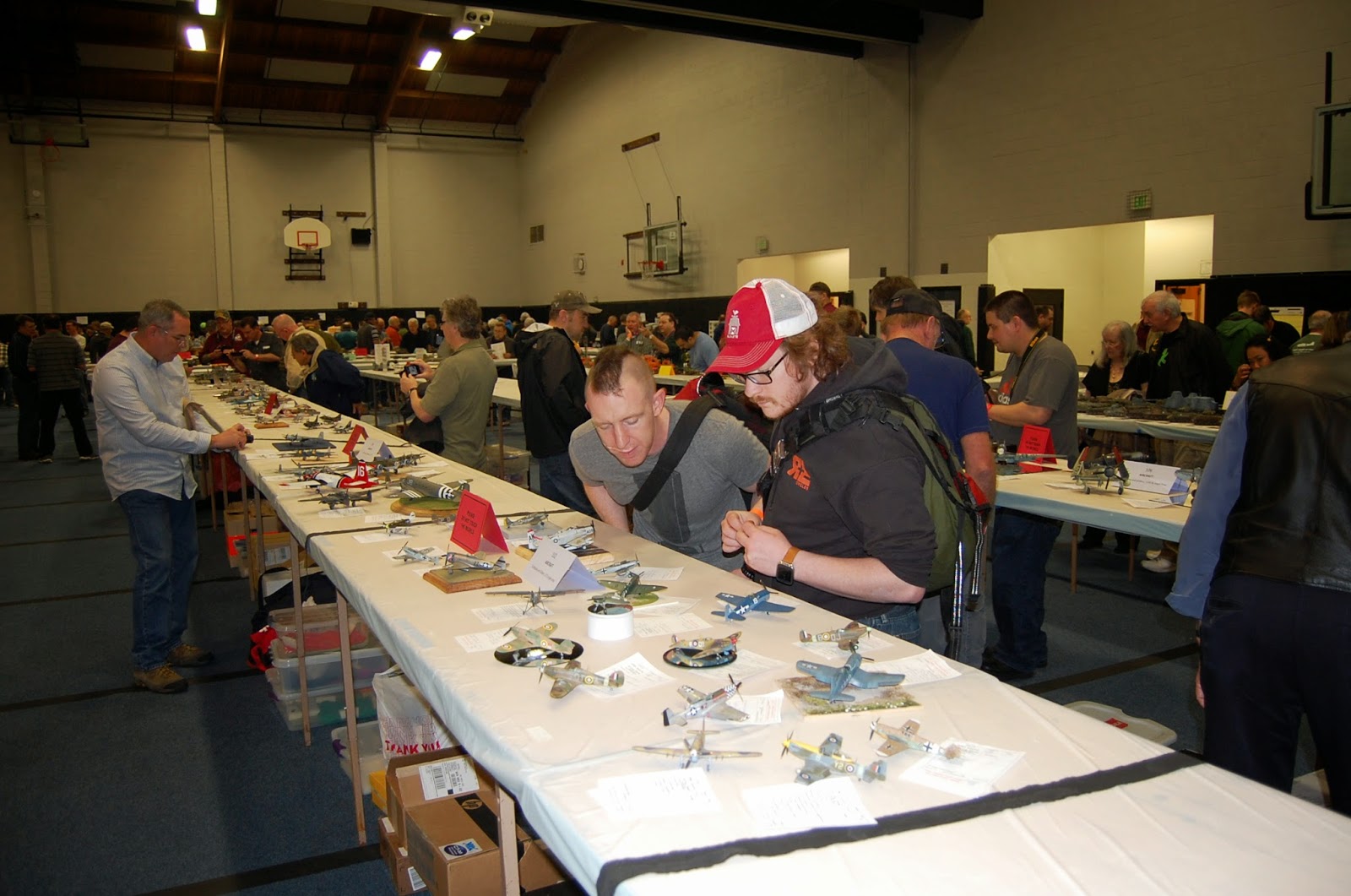 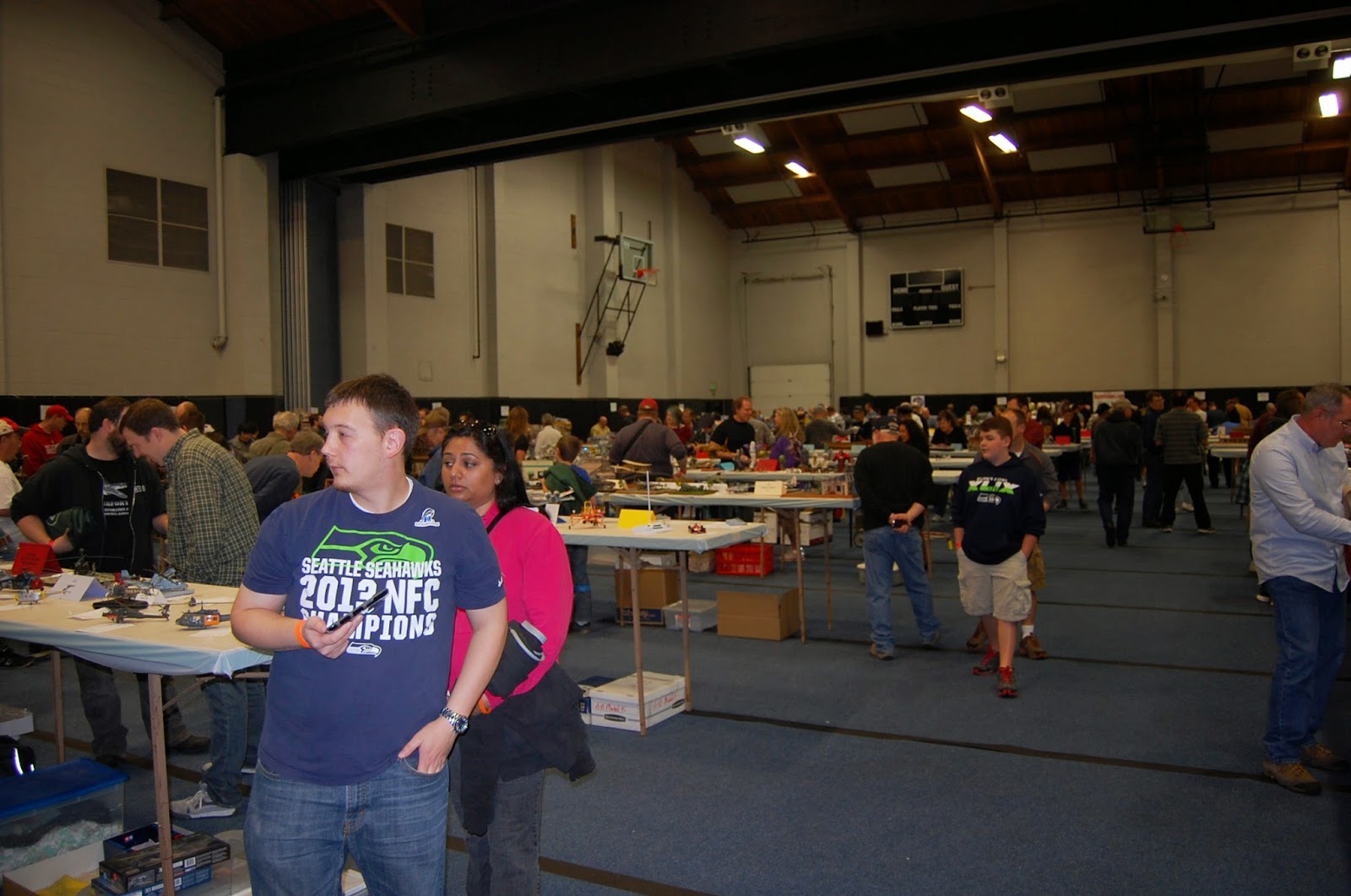 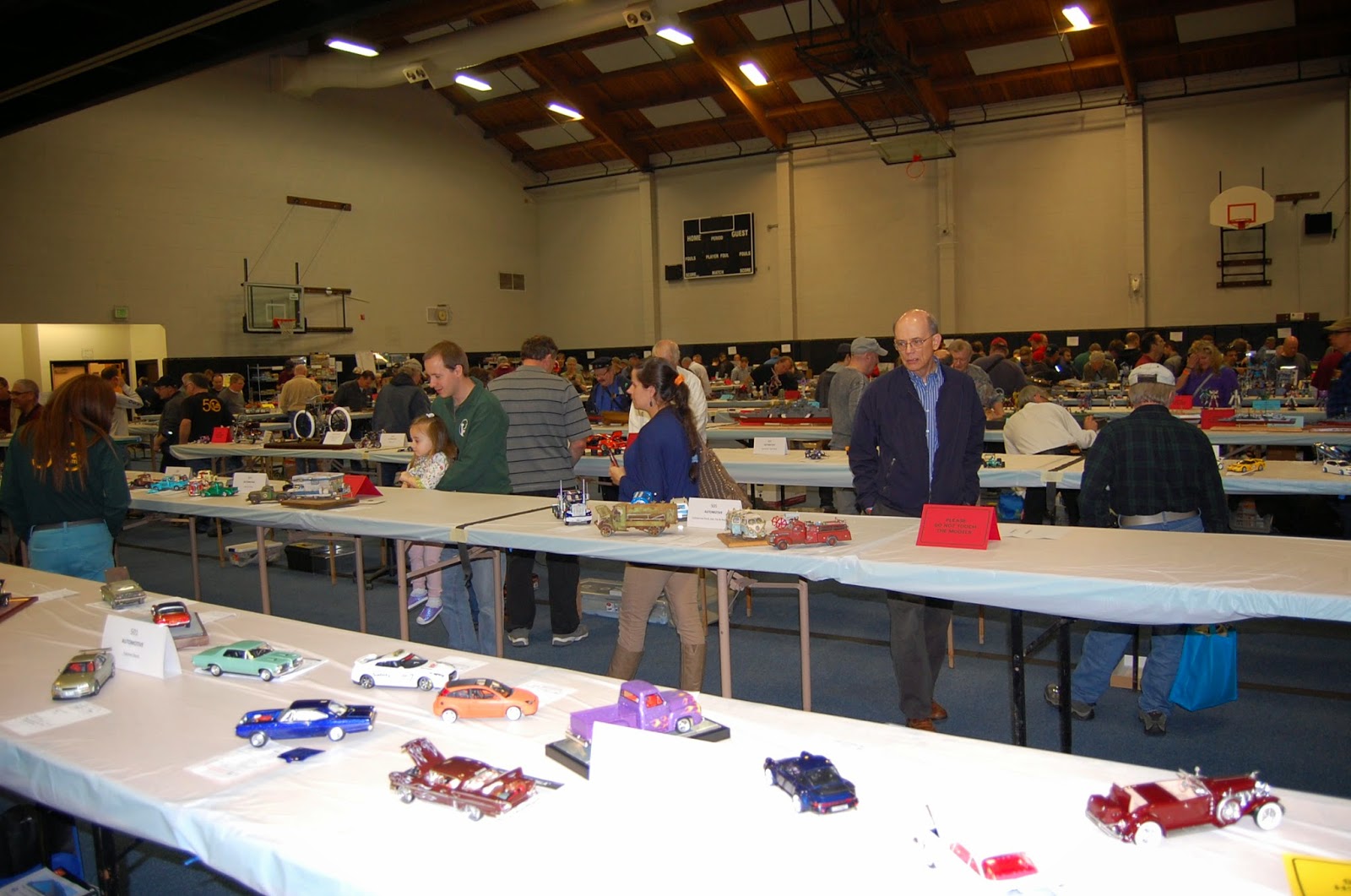