Another small selection of models from the 2014 IPMS-Seattle Spring Show.

Someone had the nerve to actually build the Revell Halifax! Well done that man! Next is the mistel combination of He-162 and Arado E-377 from Dragon. One of my favorite aircraft types in the BAe Hawk, and there was one example in its T-45 variant, complete with markings from the Centennial of Naval Aviation. I don't know if he used the Draw Decals set (though I should note that Greg Drawbauch was selling at the show). Finally a Matchbox Wellesley and about the only P-47 I saw this year. That's a bit unusual. 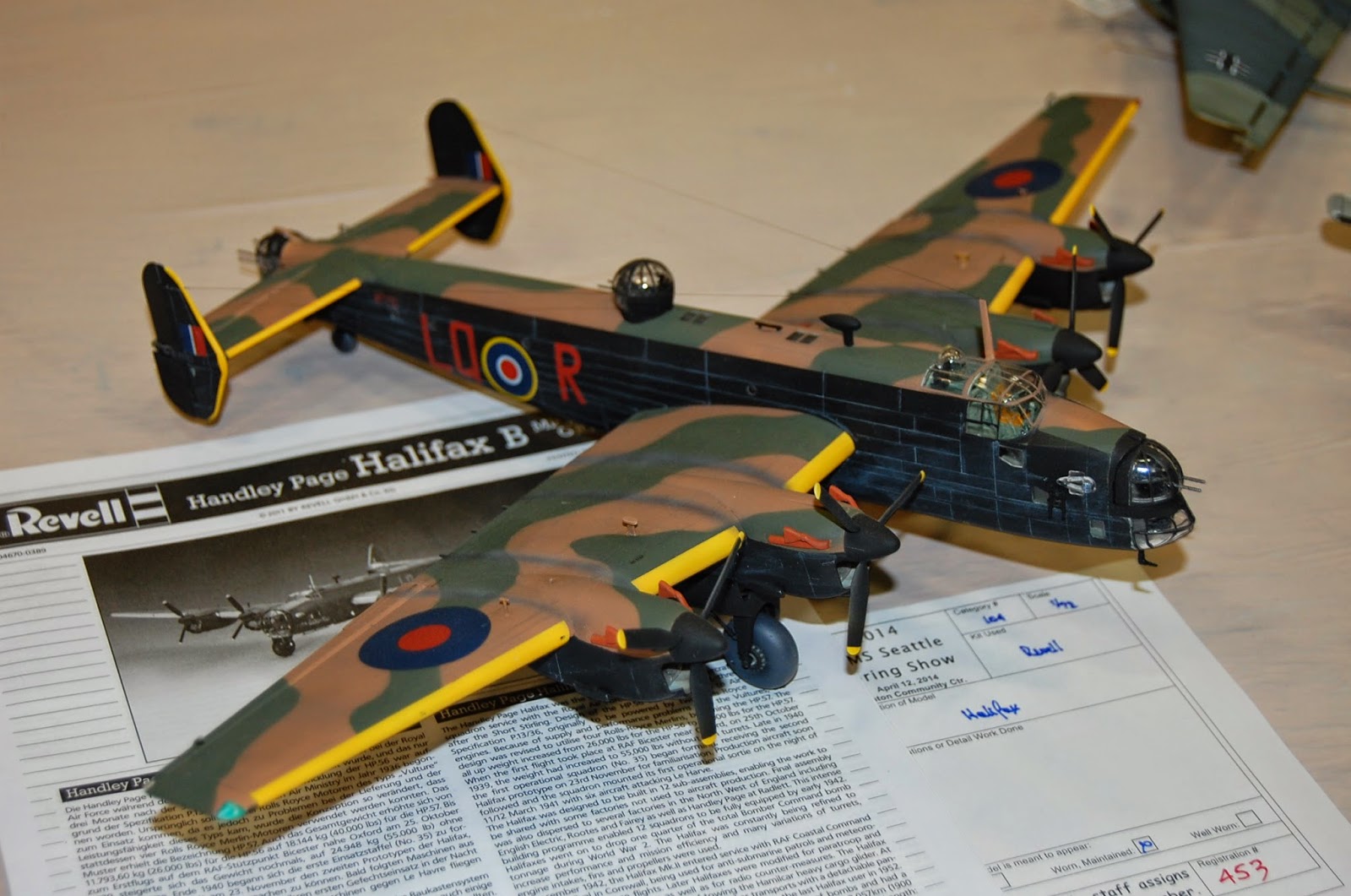 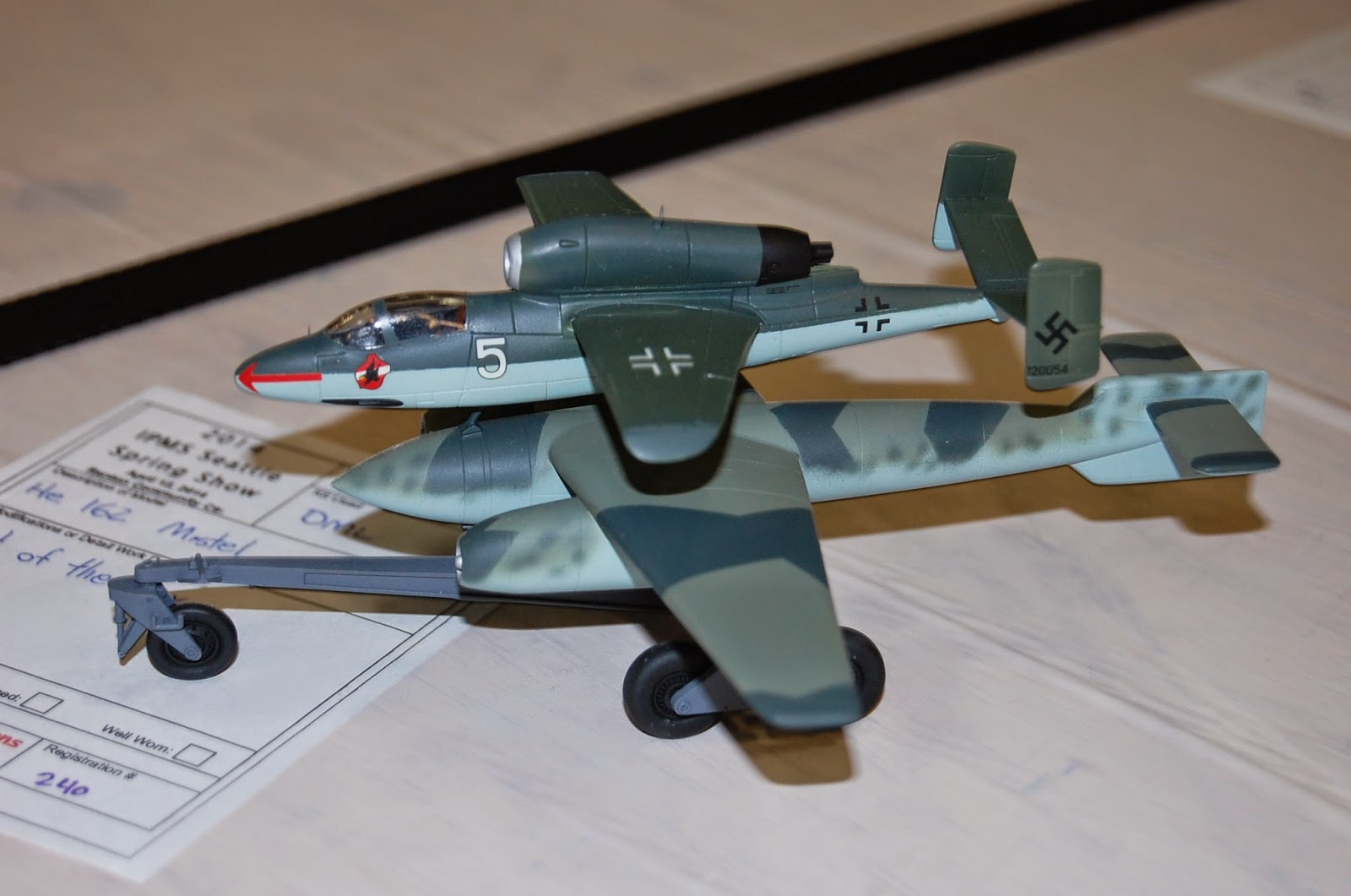 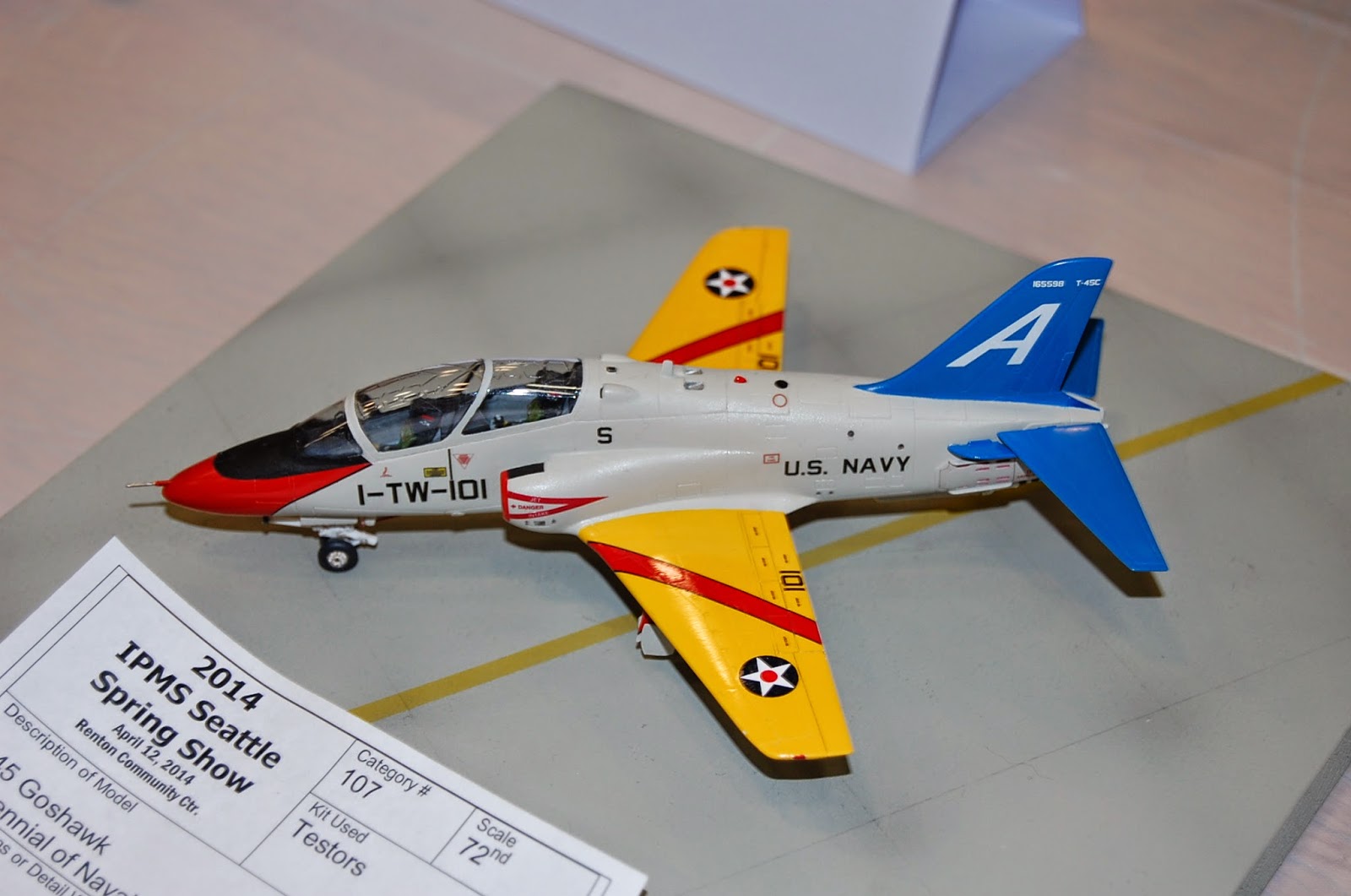 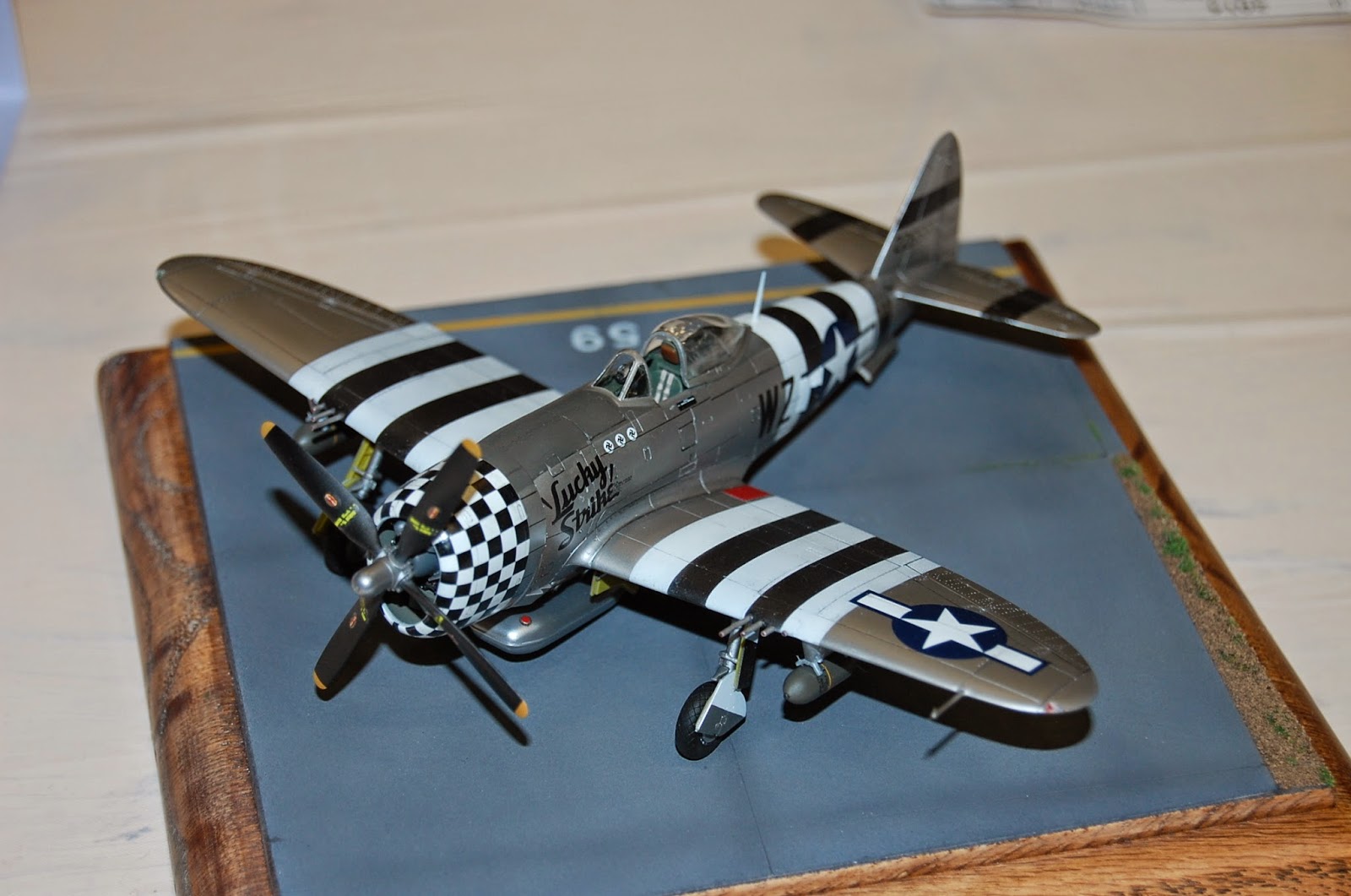 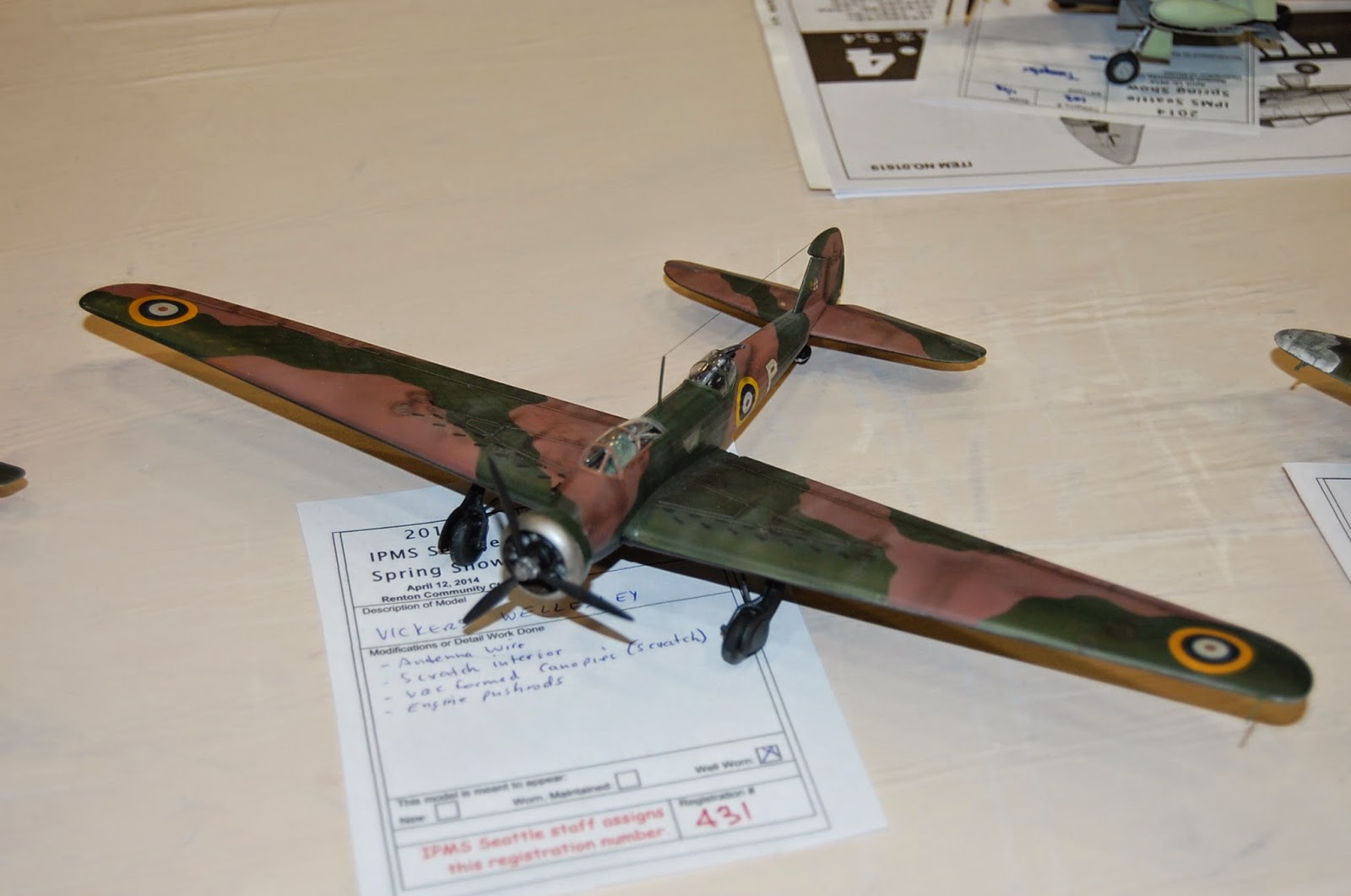 My next selection of models for this year. As before, you can go to Photobucket to see the entire album at this link: 2014 Spring Show

Here are some jets. Although I don't personally like displaying models with the gear up, I do always like seeing a Eurofighter. It is followed by a sneaky Canadian Gripen. Followed by an Su-27 and a flying S-3. Finally, a very nicely done F-111. 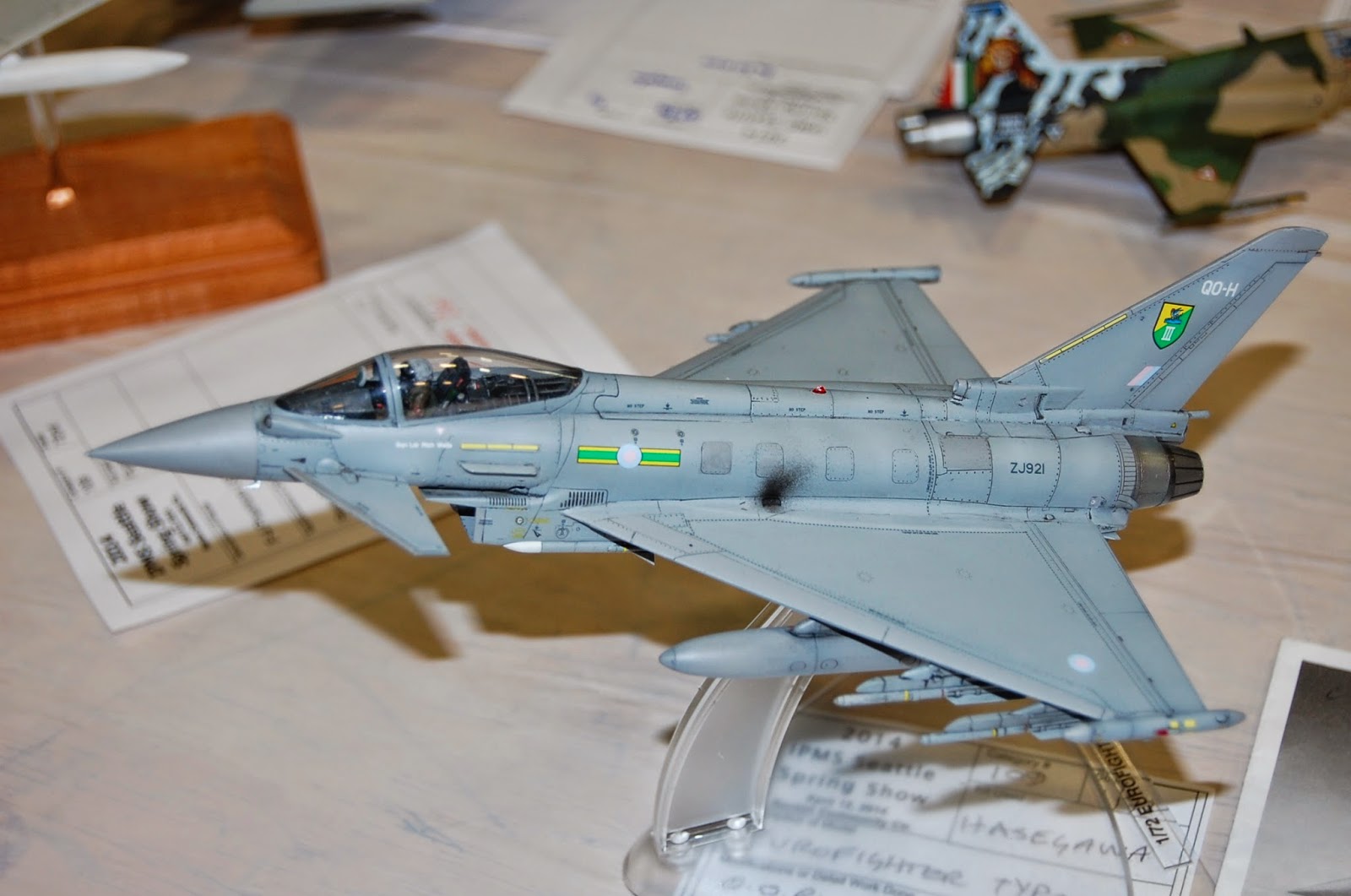 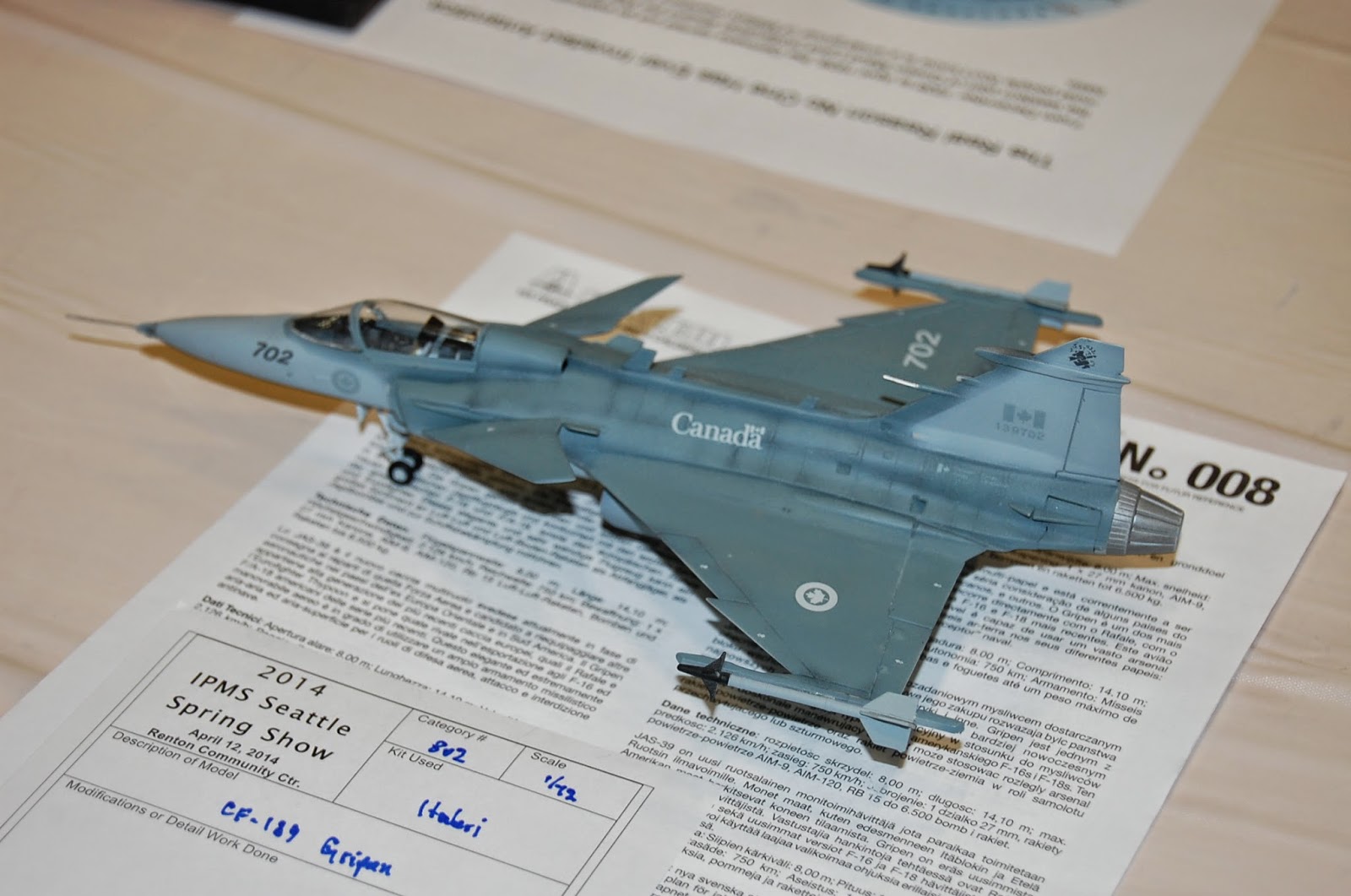 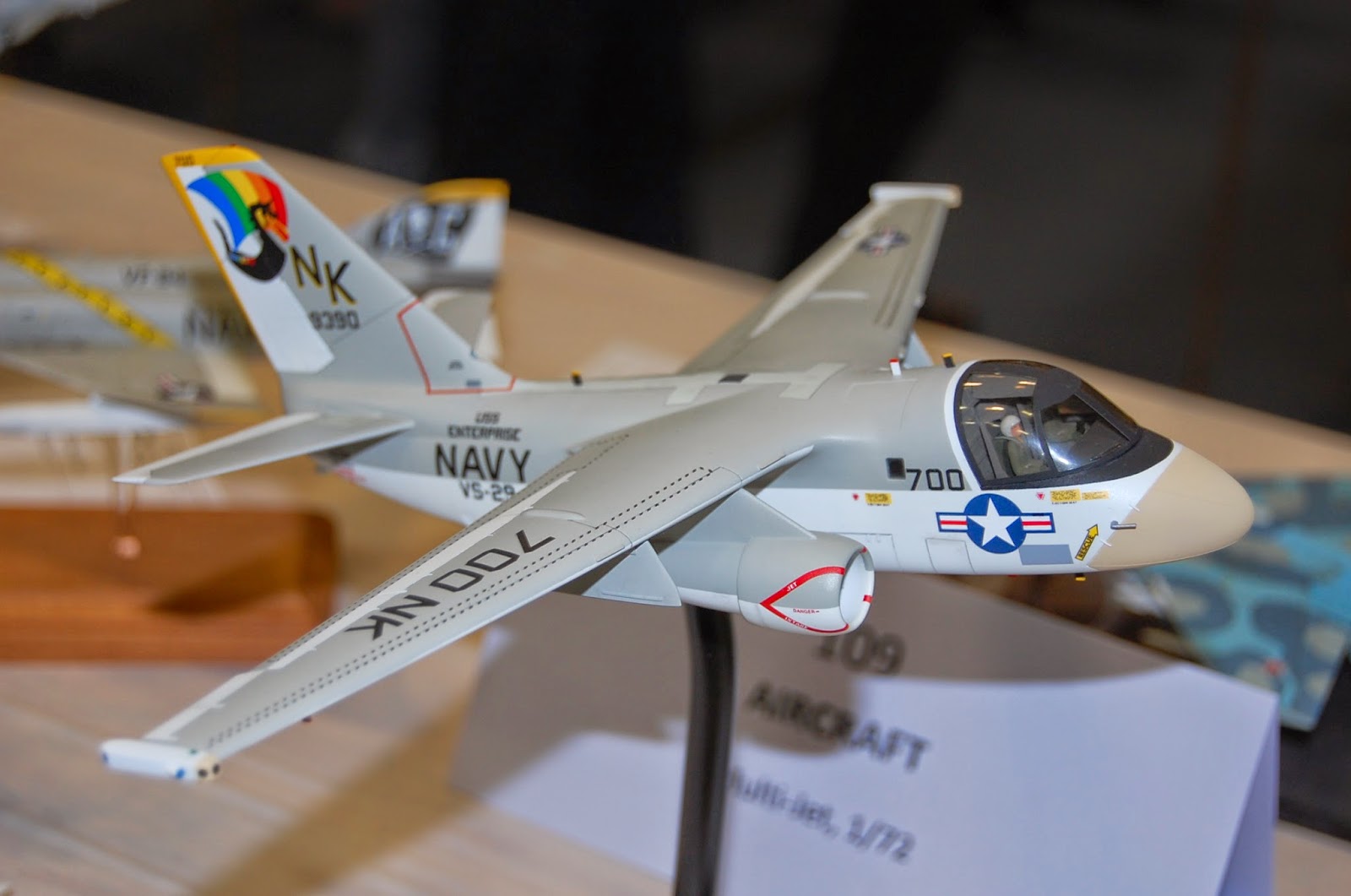 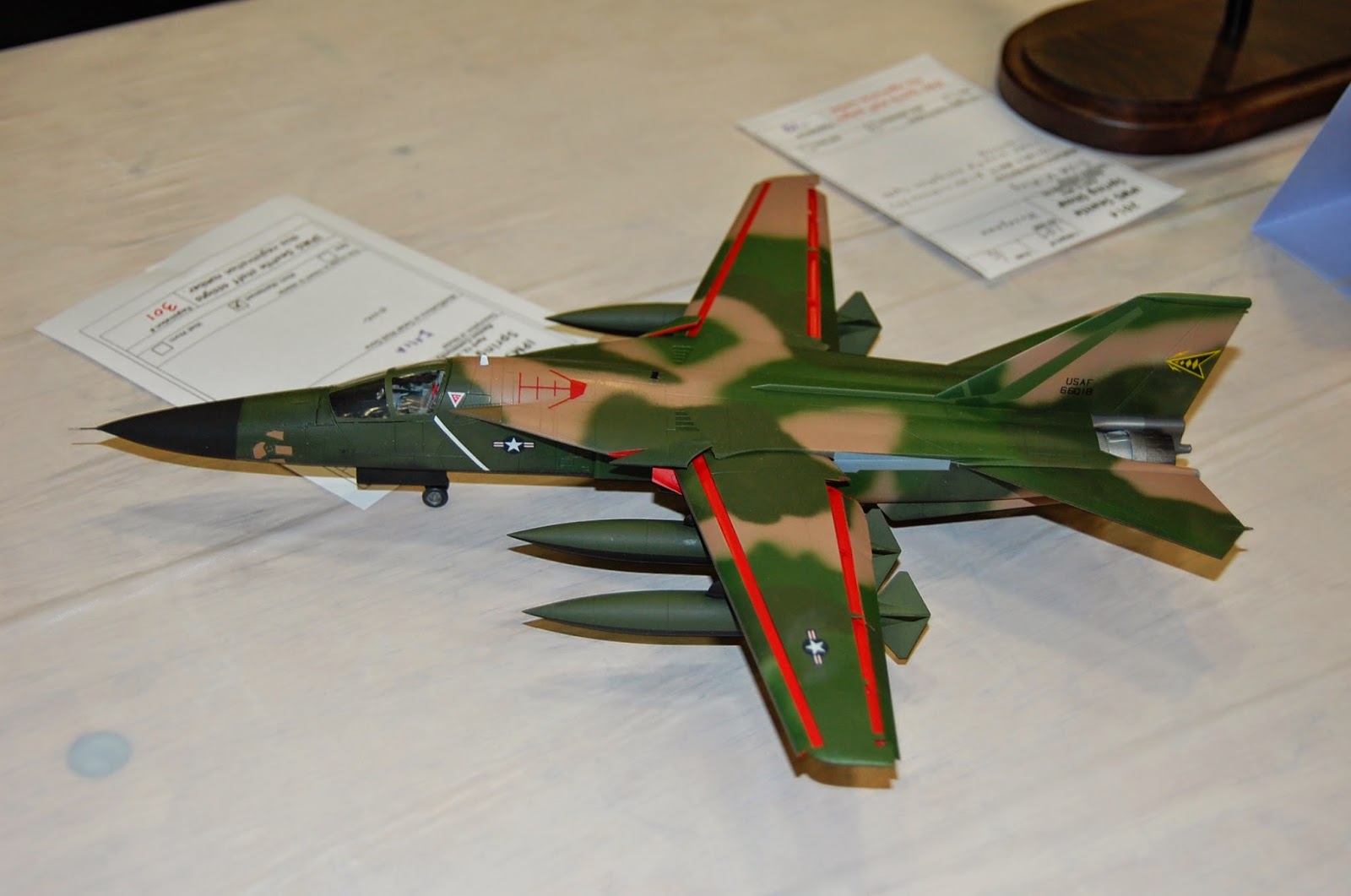 Once again, thanks to IPMS-Seattle for hosting the event this year. If you will be in Seattle in April of 2015, make your plans now!
Posted by Kevin Callahan at 5:02 PM No comments:

Some photos from last weekend's show. We'll start out with those three 707s. It has been noted that the civil/commercial categories are always strong at our show. Well, we are in Boeing country here, and that is reflected in the turnout. It always seems that half of the club is employed by the Big B, mostly in the engineering group. 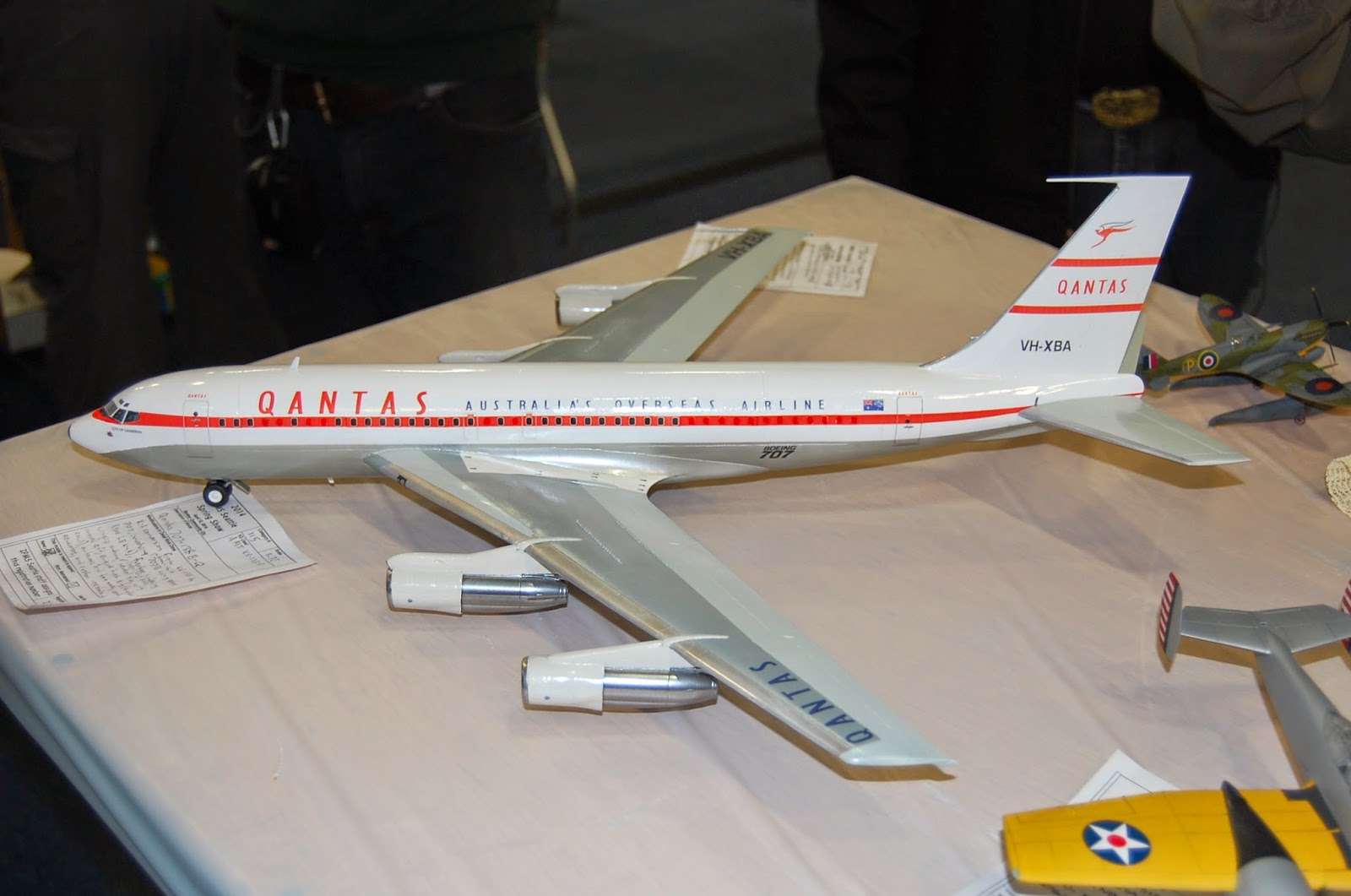 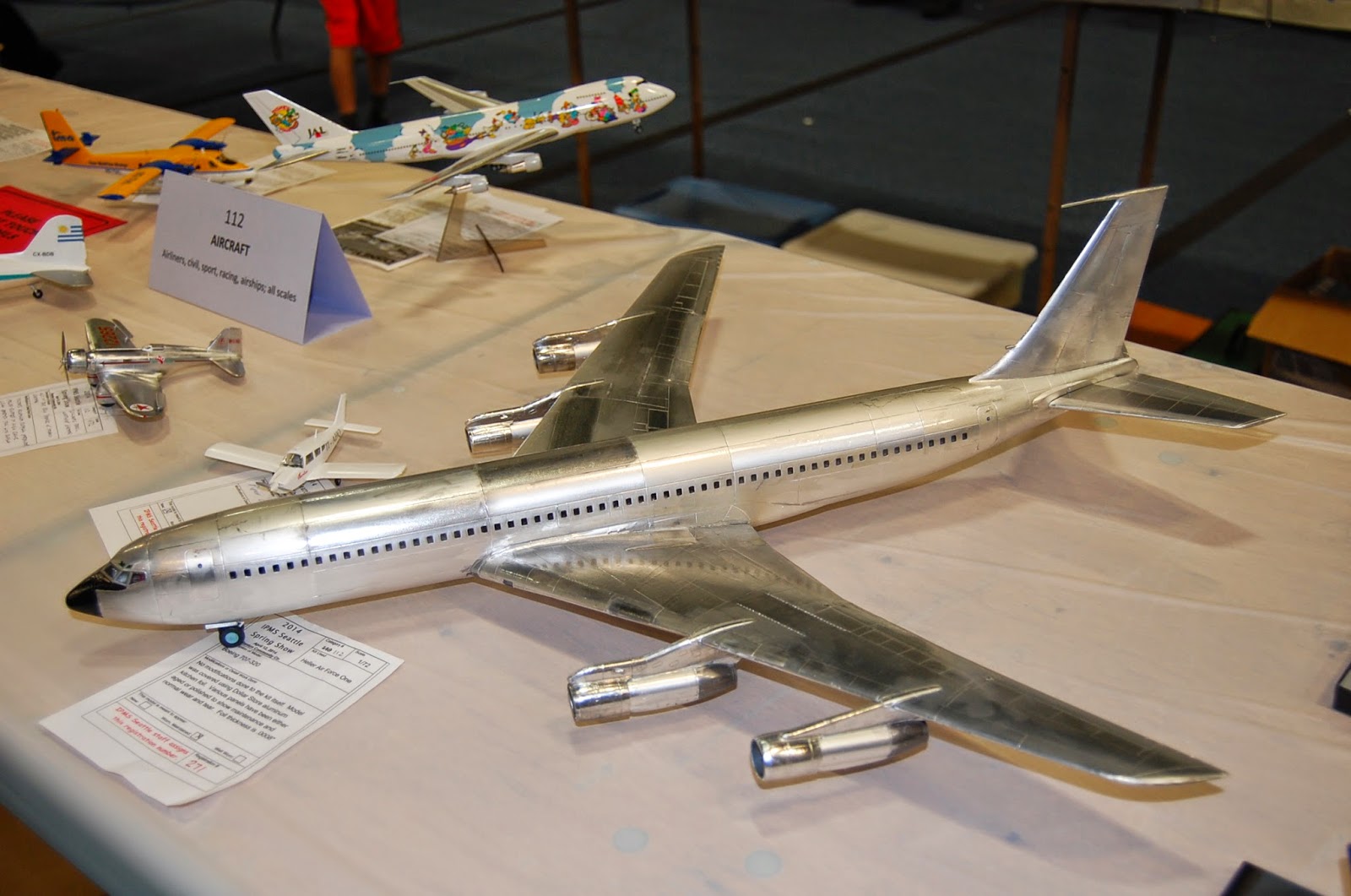 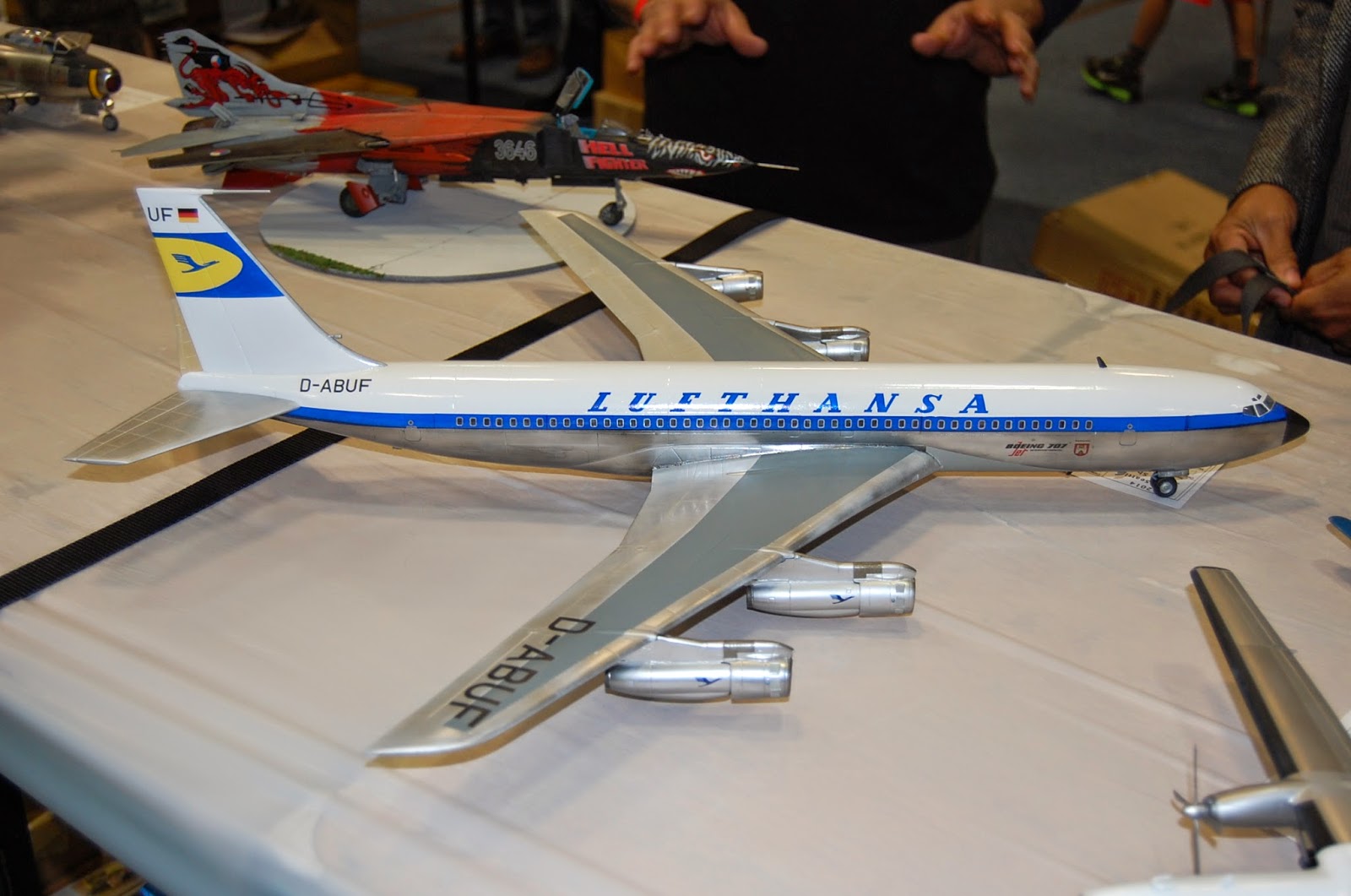 Despite my minor carping about imaginative model selection, it wasn't all 109s and Spitfires. There were some interesting items included. The Bristol Bombay is the Contrail vac, it is always nice to see a Matchbox He-115 completed, and the hometown Boeing 40 came from the CMR resin kit. 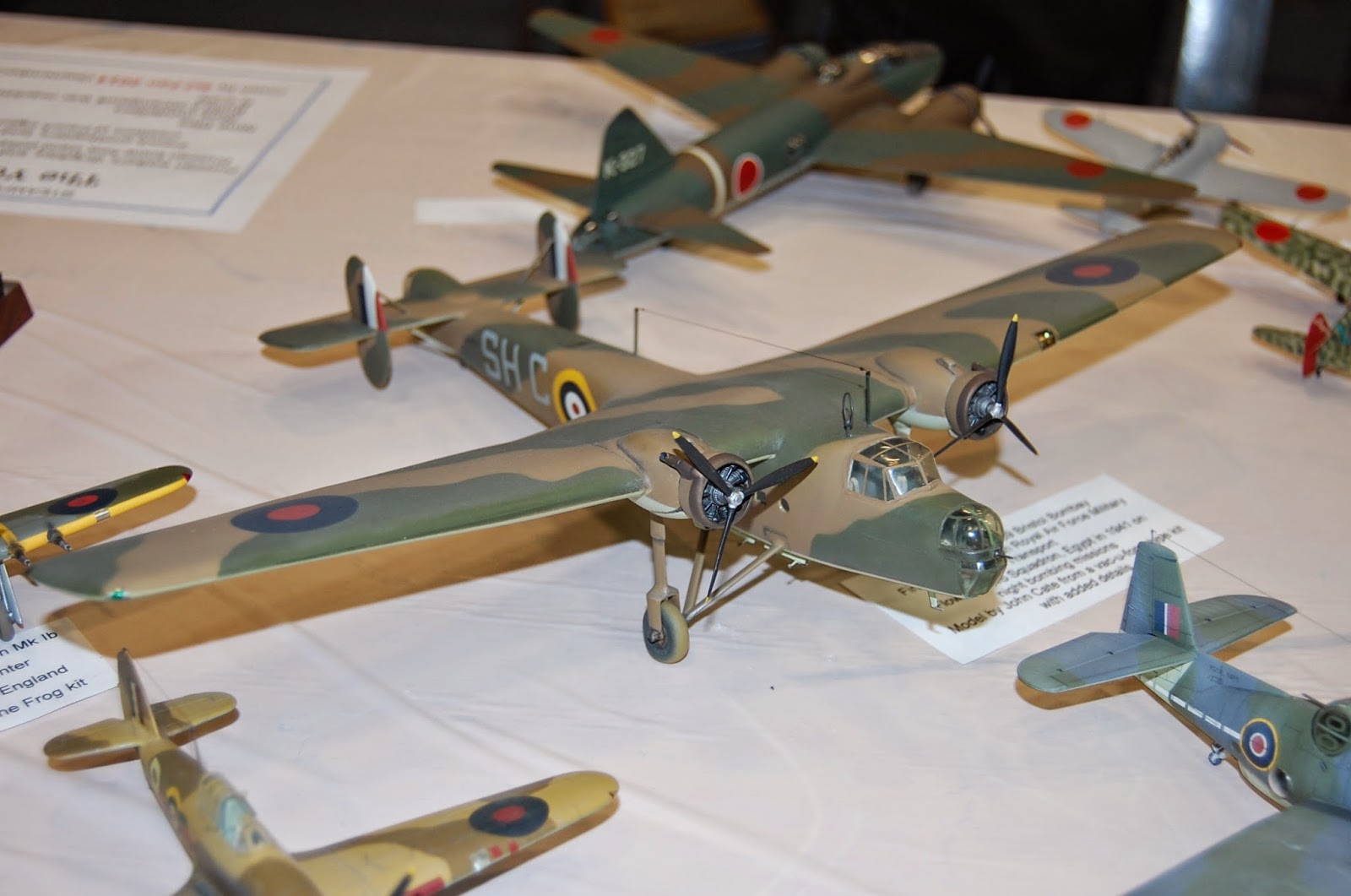 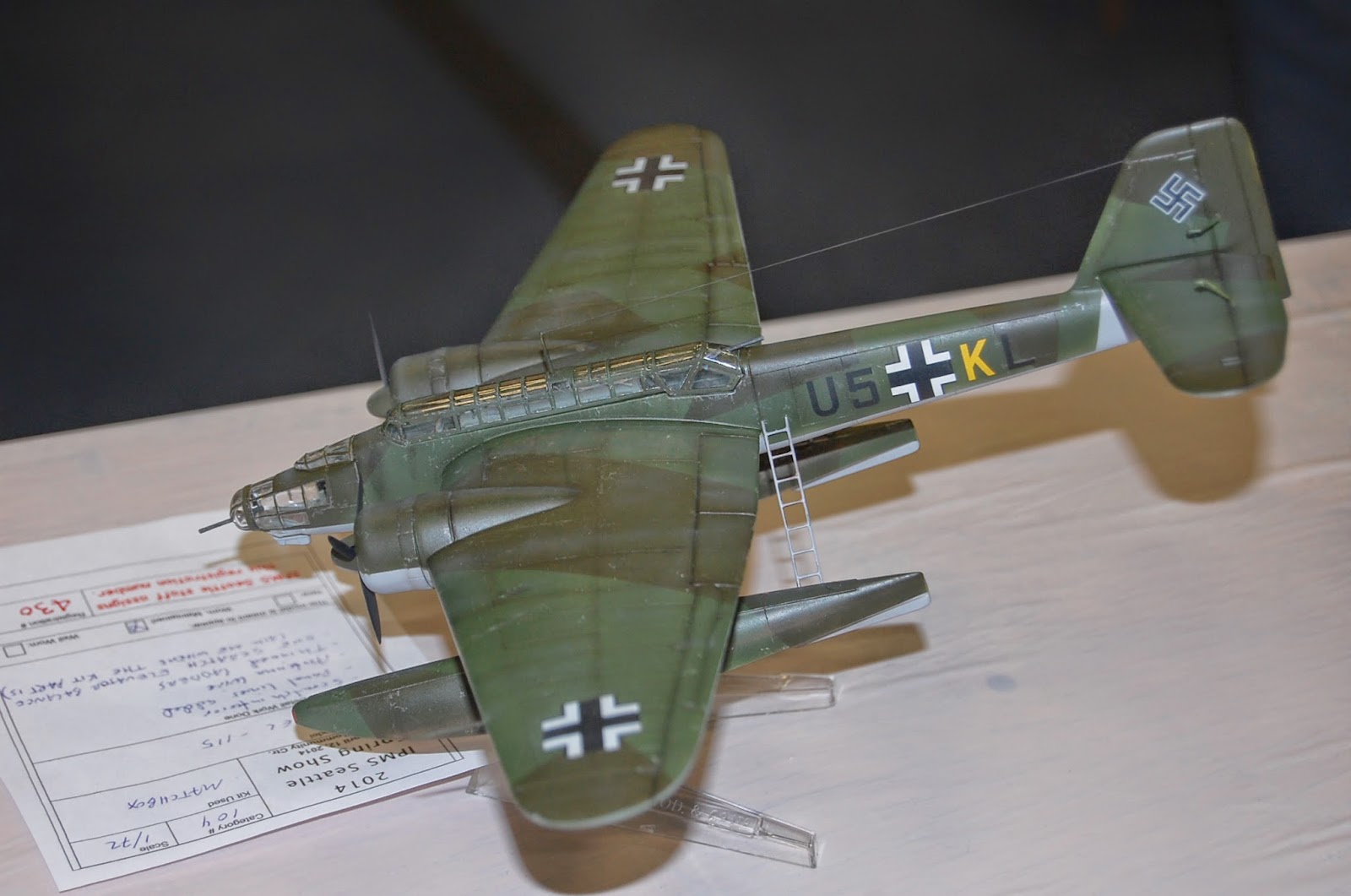 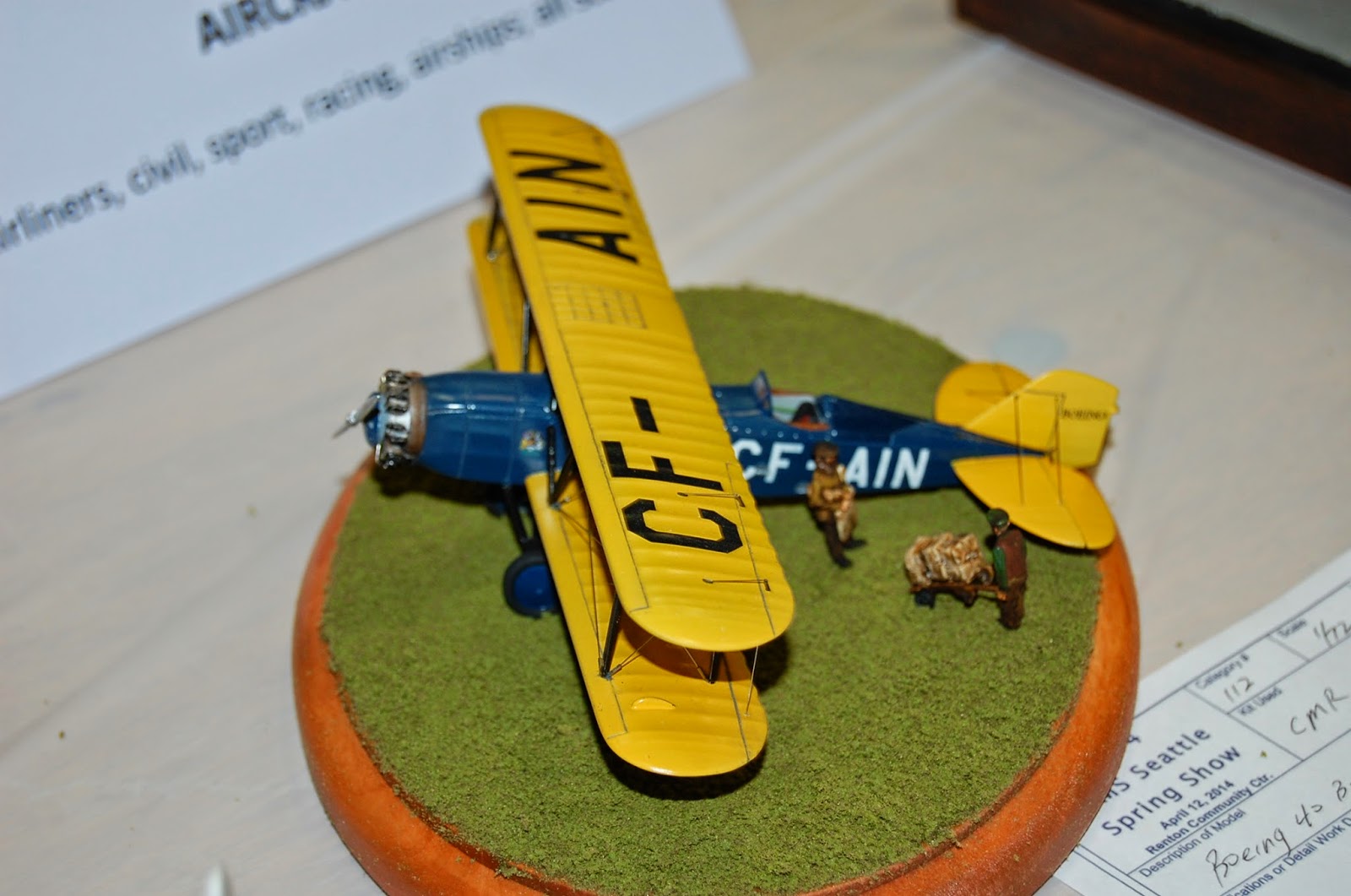 Once again, you can access my album of 1:72 models from this year's show at this link..
Posted by Kevin Callahan at 6:22 PM No comments:

Now that I am over 50, annual events seem to arrive with startling speed. Unlike certain yearly medical procedures, the annual Spring Show from IPMS-Seattle is something worth anticipating, since it is typically one of the largest shows in the western US. Lots of models, lots of vendors, and some really fine work on display.

One of our concerns for the show is usually weather. In years past, we've had it snow in the week before the event, and we've had it hit near 80 degrees. Both of these conditions will imperil attendance. This year it hit a happy medium, with mostly sunny skies and a temp of the upper 60s.

I was there as a vendor, doing some stash reduction, though I did a lot of flashing back to my Supply Depot days of being an online retailer. Just second-hand kits, though I did offer a free dead spider from my garage with every purchase. Since I've been doing some vending on ebay for the last year, some of these kits were items I didn't really want to sell, but did so for financial reality's sake. The net total at the end of the day was pretty much what I was expecting, so I consider it a successful sales day.

Halfway through the event I got hit with a migraine. If any of you are sufferers from this, you know that about the only thing you want to do is stay in a dark room for the next 12 hours. Not exactly possible in the middle of a sizeable model show! My symptoms are very classic: weird vision disruptions and a bullhammer of a headache.

Since my time was mostly spent at the sales table, I didn't have too much time to spend looking at the models. Luckily I was sharing the table, so my co-conspirators covered while I at least went out and photographed the 1:72 examples. That is my main interest in any case. The crop of 1:72 was impressive and nicely done, though I don't think in many cases the choice of subject was particularly adventurous. That is to be expected at shows; if you are building for competition, you tend to select the better kits as a starting point. Still, having 3 1:72 707s in the contest has to count for something!

Over the next couple of days I will be displaying some of the photos, along with commentary and additional details. If you don't want to wait, or would like to see the entire set, here is a link to the Photobucket album for this year's show. Sorry, but the other scales are not represented. You'll need to go to the IPMS-Seattle website to see those. 2014 Spring Show entries

Thanks and congratulations to all of the IPMS-Seattle fellows whose hard work has consistently made this a great show. There were around 650 entries, with a couple of hundred display only items. There were two vendor rooms. I thought the spectator / walkup traffic seemed considerably heavier than the last few years, but I'm waiting on confirmation on that. But if you are ever in Seattle (actually location: Renton) on the weekend of the show, it is worth your time to get there. 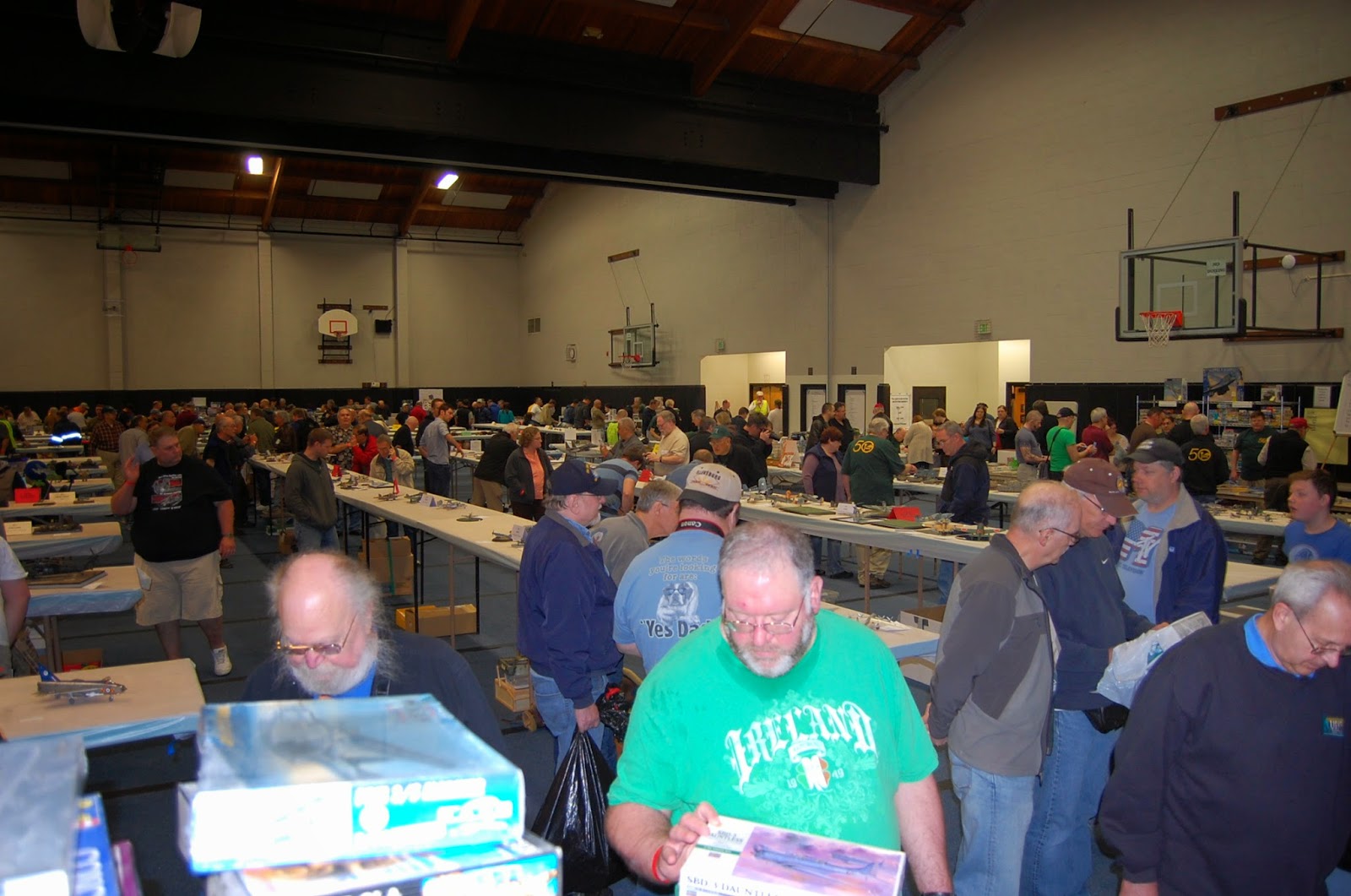 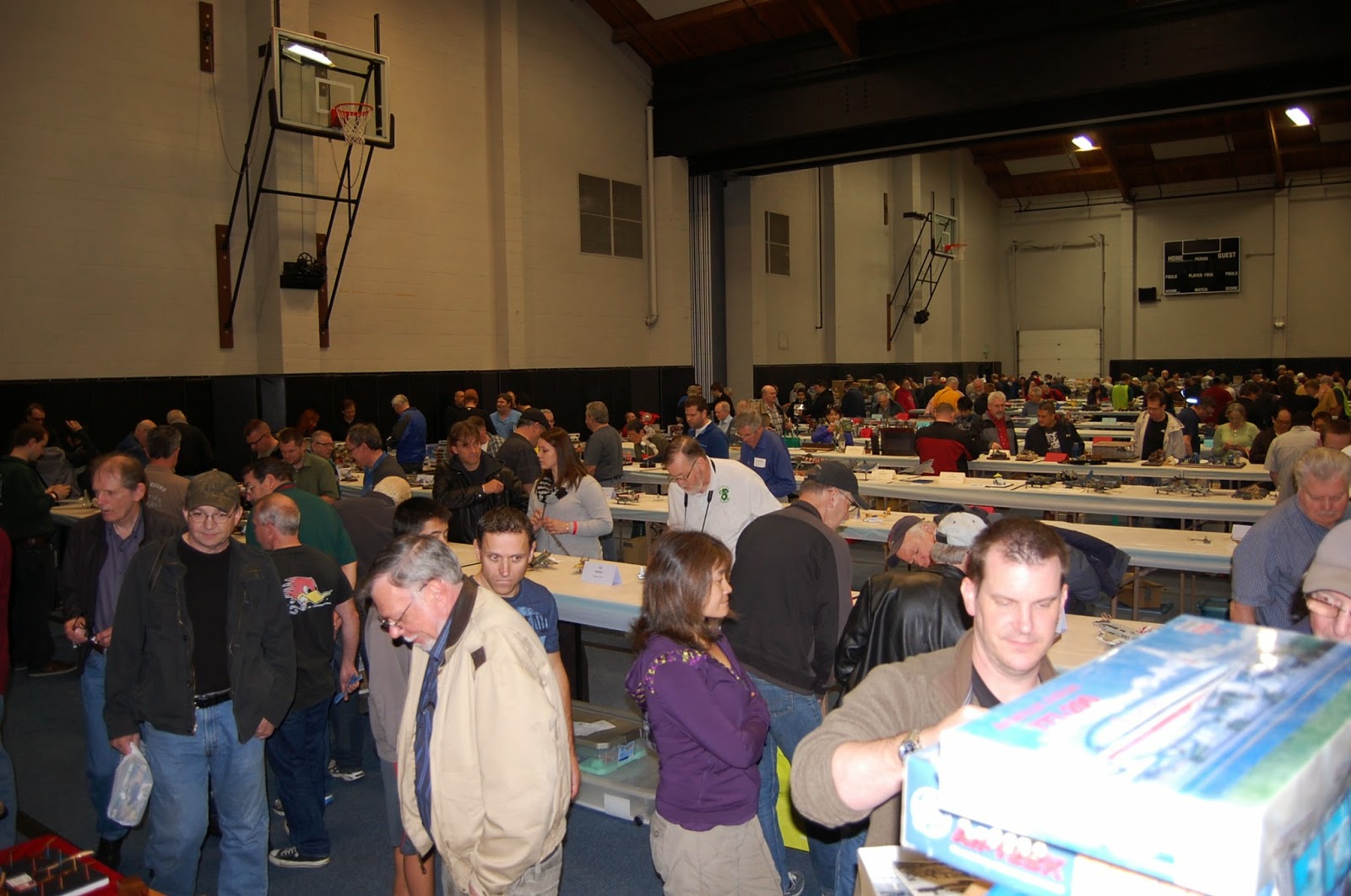 Posted by Kevin Callahan at 4:30 PM No comments: