The 2012 IPMS-Seattle Spring Show is in the books, and delivered its usual level of large crowds and expertly created modelling masterpieces. The day was warm and sunny, which can sometimes interfere with good attendance, but it seemed as though every modeller in the Northwest had emerged from his modelling dungeon, blinking in the sunlight like a mole, and brought something to the show.

The walkup attendance was especially encouraging. Sometimes we as a community feel like pop culture has passed us by, given that our hobby is one of meticulous craftsmanship rather than instant results. But even if we are a bit out of the mainstream, we are at least holding our own. And though most members of the club attended, there were clearly a lot of outsiders at least interested in our hobby. That’s always a good sign.

Aircraft were very heavily represented in the model numbers, as you would expect. Seattle is an aviation city, what with Boeing and all of its attendant industries. But we have a large number of armor modellers as well. Cars are never very heavy at our shows, since the car guys have a separate large organization in town as well. Not much in juniors, but that is to be expected. Though we usually have large representation in ships, they seemed to be down in numbers this year.

1:72 had a very healthy number of entries. Some of the most interesting ones were in the commercial/airliner category. DC-6, DC-3s, F-27, Consul etc. And the multiple engine categories, which can be a little sparse, were also pretty heavy, including an XB-70 and a Tu-95. Helicopters were a little vacant as well, but biplanes more than made up for it, with well executed Gotha G-2 and Felixstowe.

Though some of our national vendors couldn’t make it this year (Draw Decals and Nostalgic Plastic were elsewhere), there were local hobby shops and people culling the stash herd, so it seemed that a lot of cash was changing hands. I managed to resist the temptation; my focus has been on targeting models that I want to build rather than padding the stash.

Below are a couple of items that caught my eye during the competition. No statement as far as quality of build goes – though even the average models were formidable – just the ones that I particularly liked. 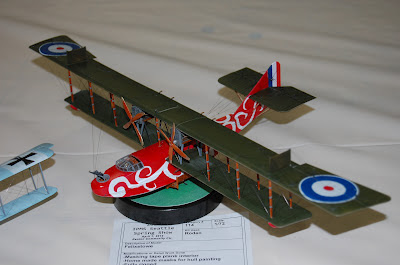 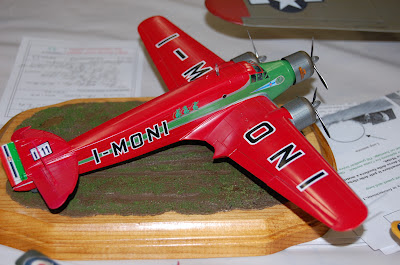 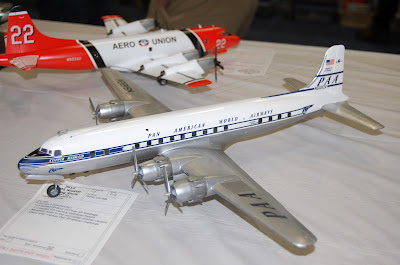 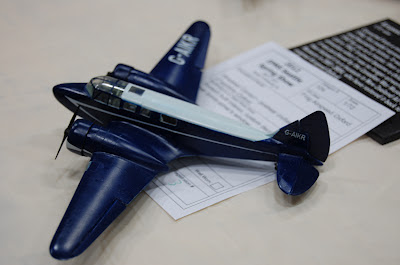 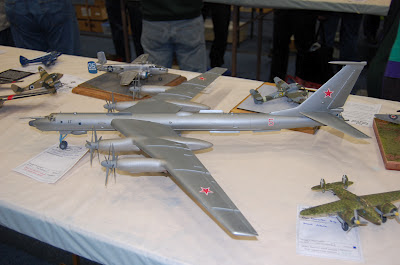 Photobucket is struggling a bit with their download process today. All of my photos have been loaded to my laptop, but I haven’t been able to get them on Photobucket yet. As soon as they are there I will issue a blog post with the link.

Congratulations to IPMS-Seattle for another fine show to begin the display season.
Posted by Kevin Callahan at 7:01 PM