I am in the final stages of packing for our first road trip vacation in about 8 years. And I'm needing this one pretty bad! 15 days of Yellowstone, Wyoming, the Dakotas, and Montana. Weather is looking dry, not as hot as it could be in August. About the only spot with forecasted rain is Custer SD.

Hope all is well with everyone, and I will begin posting a couple of days after Labor Day. 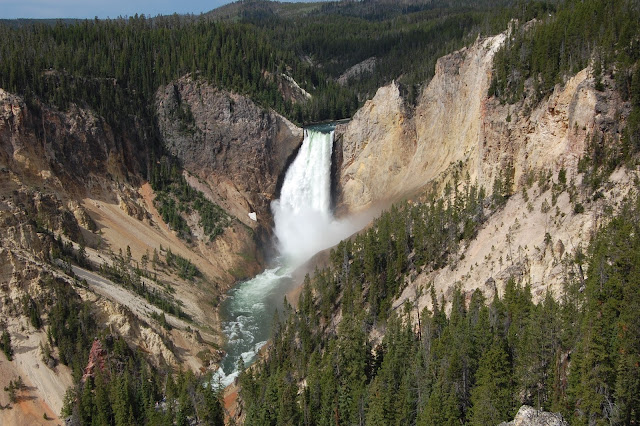 Posted by Kevin Callahan at 9:21 AM 2 comments:

I know that it is inefficient to start a new model when I have so many in various stages of construction and in the paint queue, but the attraction of the new is hard to resist. At least I was able to get some Squadron white putty on three troublesome seams (Norseman, Beech Starship, and DC-3). I should be able to buff those up tomorrow and they too will take their place waiting for the next paint session.

But I did begin work on two new models. One is the Revell 1:72 Airbus A400M. Most of the interior has been built, and I need to spray on some canned primer before finishing up the detail painting. This kit is large and has a vast number of parts. There is a low-tech feel to the bits I’ve put together so far – large sprue gates, dodgy fit on some of the large parts, and even some flash in evidence. Still, I am definitely not one to complain about a kitmaker that takes a chance on a 1:72 transport aircraft, especially such a large one.

I’m also a bit skeptical about the way construction shapes up. The interior is a series of floors surrounded by an internal shell, which in turn fits into the two fuselage halves. Since I tend to build aircraft all buttoned up, I have no interest in doing anything with the interior other than the cockpit, though I do acknowledge that it is a pretty slick solution for those wanting to have the cargo ramp dropped and open to the world. I suppose I could just ignore the interior shell, but I don’t know if it serves any structural purpose, so I will just leave it in place unless it causes fit issues with putting together the outer fuselage halves.

I’m working on a second cockpit, for the new tool Airfix BAC Lightning F6. I had heard of some problems with the canopies on these kits, but breathed a sigh of relief when I checked and found it unblemished. I do wish I had these kits of the F6 and F2 in the late 80s, when I was building a lot of Airfix Lightnings (using the ghastly old tool version of the time). I do wish Airfix would follow up with an F3 and F1, since the decal options are much more extensive and colorful for those marks. But even if they don’t, I can still squeeze some models with interesting markings out of these two variants. 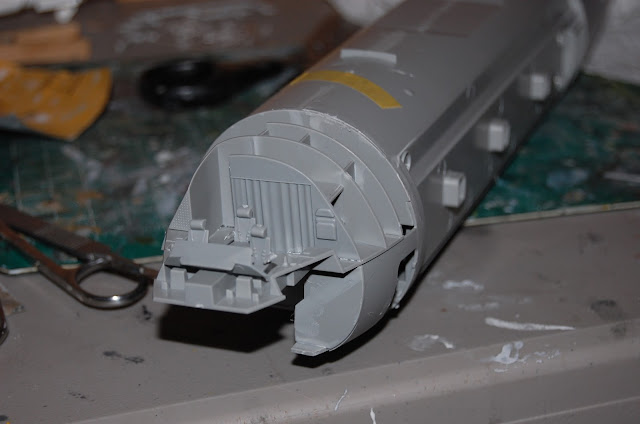 Another paint session (Eurofighter, Hurricane, B-17)

It being summer, there are a number of other distractions going on here in the national capital of 72 Land. Still I was able to get some paintwork accomplished a couple of nights back.

Mostly it involved shooting a matte coat on two models that are mostly complete: the RAF B-17 and a new Eurofighter special scheme. However, I did put a surface coat of RLM74 onto a captured Hurricane. More than just a surface coat, really. I realized as I was preparing to paint that, while I had the wings properly prepared, I had neglected to mask off the upper fuselage. So after a bit of new masking, I was ready to proceed. Now that the RLM74 is down, I will be masking in preparation for the camo RLM75.

Not much going on in the way of construction. I have some seam patching to do on the Starship and Norseman. I will hopefully be starting on the cockpit to the A400M shortly. I am ready to begin the Trent Meteor and new tool Airfix Lightning F2, but I really need to move some items along to clear the workbench. There are a few items needing their turn at the paint shed, which will be my next goal once motive and opportunity coincide. 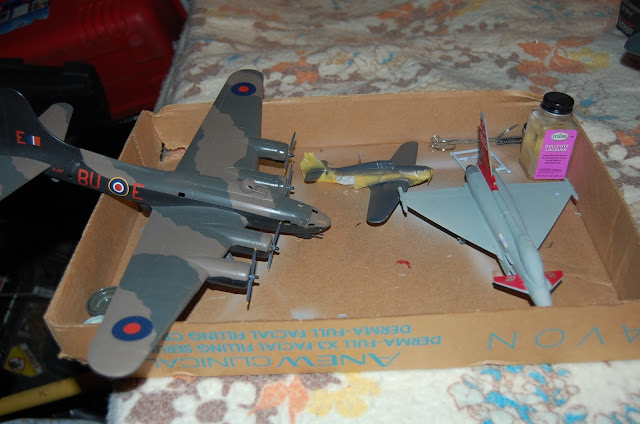 Taking a look at the Attack Sqdrn RQ-7 drone

Hopefully this will get me back to full production here at 72 Land. The computer is working and I’m all caught up with the budget backlog, so it is time to return to modellling.

I have a sub-collection of UAV drones going. The Predator, Reaper, MQ-4 and X-47B, all in injected plastic. I know there was a very early drone by Twelve Squared, and most of the rest have been produced by Unicraft in resin. The Unicraft kits do tend to be uniquely difficult building experiences, so I have avoided them to date.

And then I noticed an RQ-7 drone from Arma Hobby. I mistakenly thought it would be 3D printed, as some of their accessories are, but it turned out to be traditional hand-poured resin and photo-etch. Photos of the kit later in this post.

Here are the issues I see right off the bat. The body/wings are going to be tricky to separate from the pouring stubs. I presume the intent is to make razor saw cuts to the leading edges of both wings, then more cuts along the sides of the fuselage. The only saw I have isn't exactly petite, so it remains to be seen what cleanup will be required once the cuts are done. Also, virtually every other piece, not including the tail and sensor package) is photoetch. In general, I don't care for working with that, since it requires superglue (a series of trials all its own) and photoetch is an inherently bad way to make 3D objects like wheels and props. This is before you get to the need to curve the two main gear legs to the exact same curve, something I would rank in the 10 percentile for this Profoundly Average Modeller.

Still, the model is unique in that it has never been done in this scale, it was relatively cheap (approx $10), and it does help expand a personal sub-collection. I do expect that construction will inspire a few expletive combinations that I haven't used in a while, though. 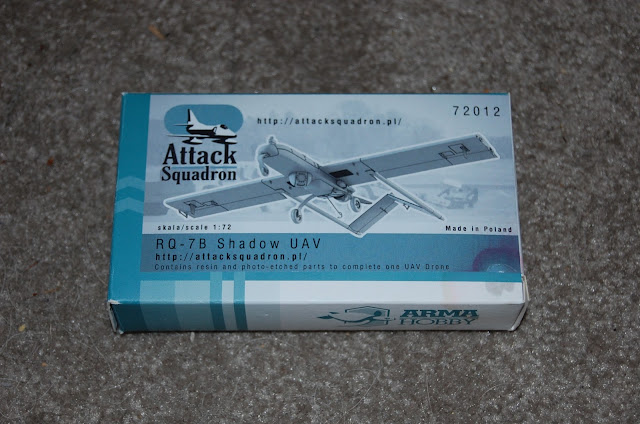 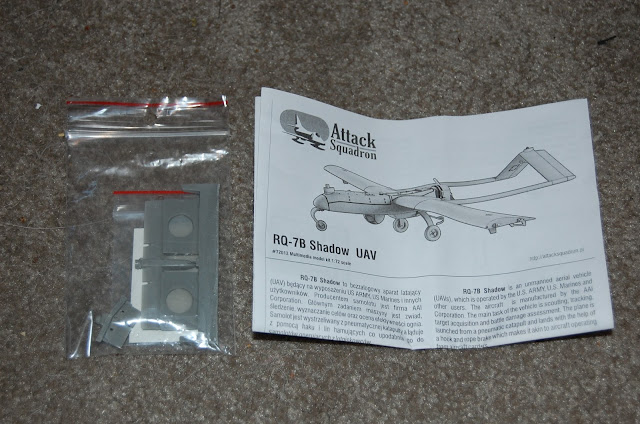 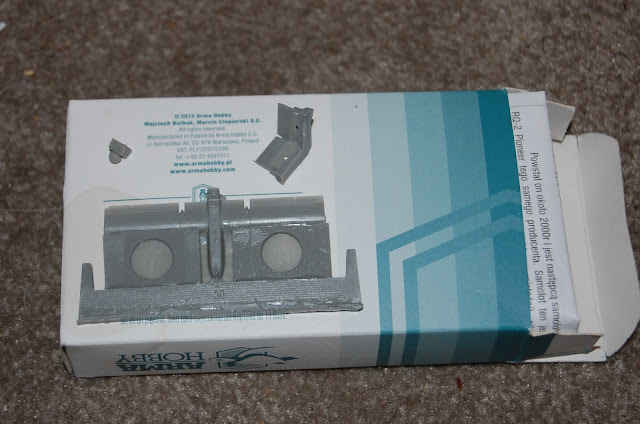 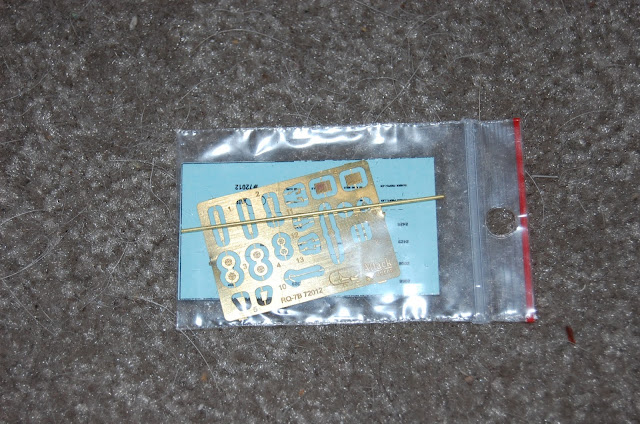 Posted by Kevin Callahan at 2:44 PM No comments: