All finished with training and cross-training for the election support gig, so I was able to devote some time to ongoing modelling projects.

I was only able to mask one of the HobbyBoss Hurricane canopies. I didn't have an Eduard masking set (I personally prefer using a set, despite the cost) so had to do this one freehand. The Hurricane of course has fairly small window panels, which made this a bit of work. As always, a new scalpel blade and visual magnification helps, but I still managed to slice a gouge in one of my fingers during the session. Ours is a hobby that demands the occasional shedding of blood. I still have one Hurricane canopy to go before applying paint to the pair.

I also assembled a couple of cockpits. The first was for an Italeri DC-3 and the second for the Airfix Ford Trimotor. Since I tend to display canopies in the closed position, I don't generally spend much time on painting and detailing the cockpits. I am much more oriented toward the exterior color and markings, and less for the engineering details. This also explains my rather cavalier approach to detail accuracy. Typically I am happy enough with some spots of color for contrast, maybe a little drybrushing to highlight the raised details, and that is it. I'm only doing this for what can be seen through a closed canopy on a 1:72 scale kit, and that isn't much.

I have built both the ESCI and Italeri DC-3 before (I believe I have 5 total completed) so there weren't many surprises. I even used the military interior instead of the airliner version, since you really can't see the seats from outside.

While looking for something in the stash, I ran across a Frog/Novo Percival Proctor. I wasn't even aware I had one. Alas, it was strewn across the bottom of the storage box, having escaped from its plastic bag. All pieces seem to be accounted for but one, the left half of one of the wheel spats. I am currently ruminating on whether I want to try and mock up something to take its place or just wait until the part resurfaces at some undetermined future date. So it is not clear at present whether I will start this one or not. 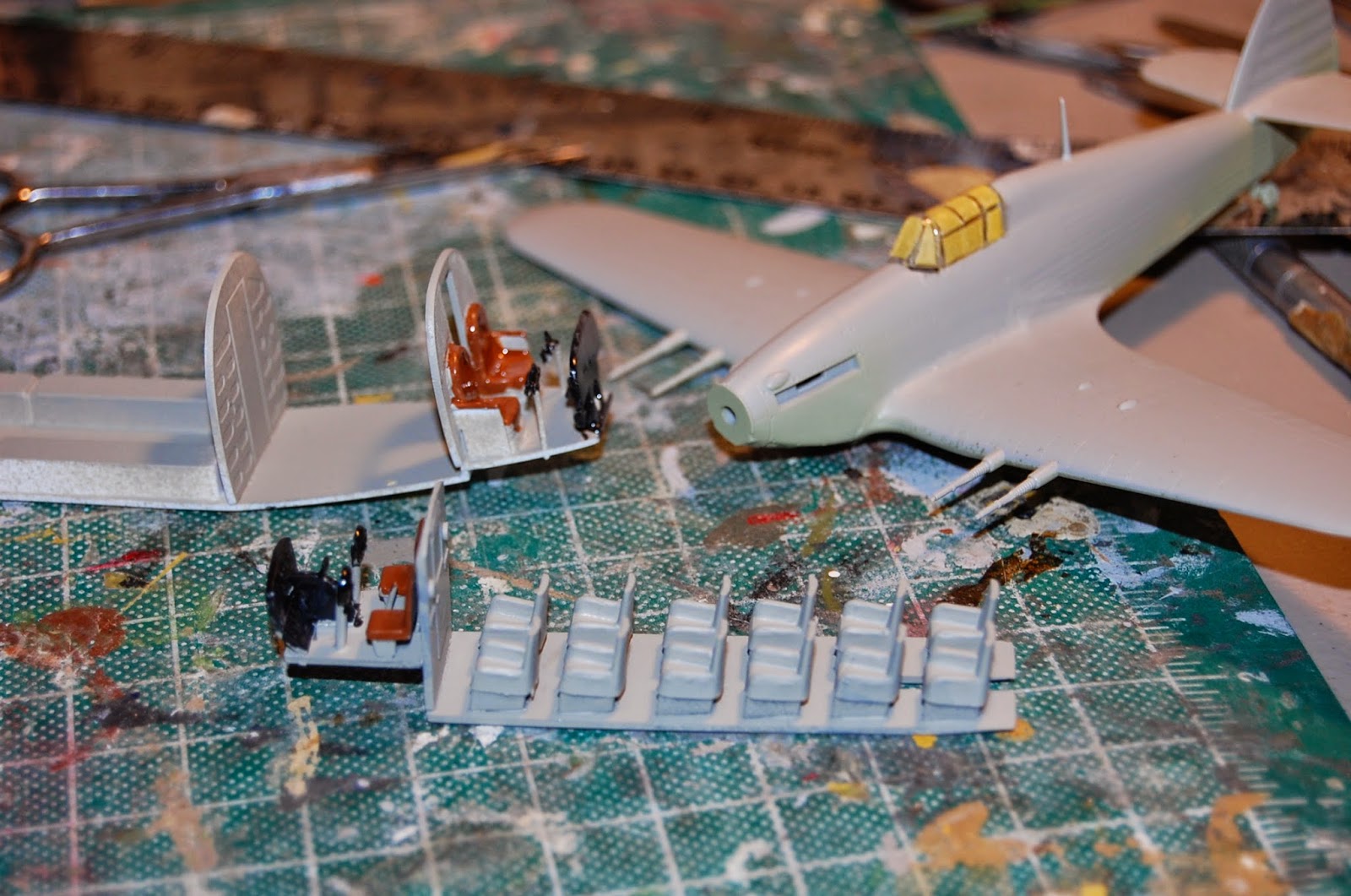 Posted by Kevin Callahan at 6:58 PM No comments:

Masking amid the sweat droplets

With the return of #1 son a number of months back, I had to move my model building operation out of his once and future bedroom. So the basic work table was exiled to a free wall in the living room and the books migrated to the downstairs library. For the last week or so I've been trying to figure out how to improve the layout. It seems to have encrusted with all sorts of growths: kit boxes, partially completed models, and of course my ebay operation is based on (translation: has taken over) the dining table nearby. Basically I decided that some of the boxes would have to go back to the garage to wait their turn and the dining table had to move a few feet to give me some more space around the work bench.

Alas, this decision landed right in the middle of this year's Northwest Heat Wave. You guys in Dallas can start laughing now, but an entire week of 90+ temperatures is enough to get the first 15 minutes on every local news broadcast here. And we were passing 95 in the middle of it all. That, to the pale skinned denizens of Washington, where about 2% of the houses have any sort of air conditioning at all, is the heat death of the galaxy in miniature. So most of the last week has been spent laying in front of a fan blowing warm humid air.

But at least I did get one thing accomplished. The masking for the two Spitfires was completed, clearing the way for the first coat of paint on the lower surfaces. So that means I will definitely have to confront my airbrushophobia in the near future.

Of course, since I am starting another temp job tomorrow (processing support for the WA state election), I can probably find excuses to delay that confrontation for a while at least. 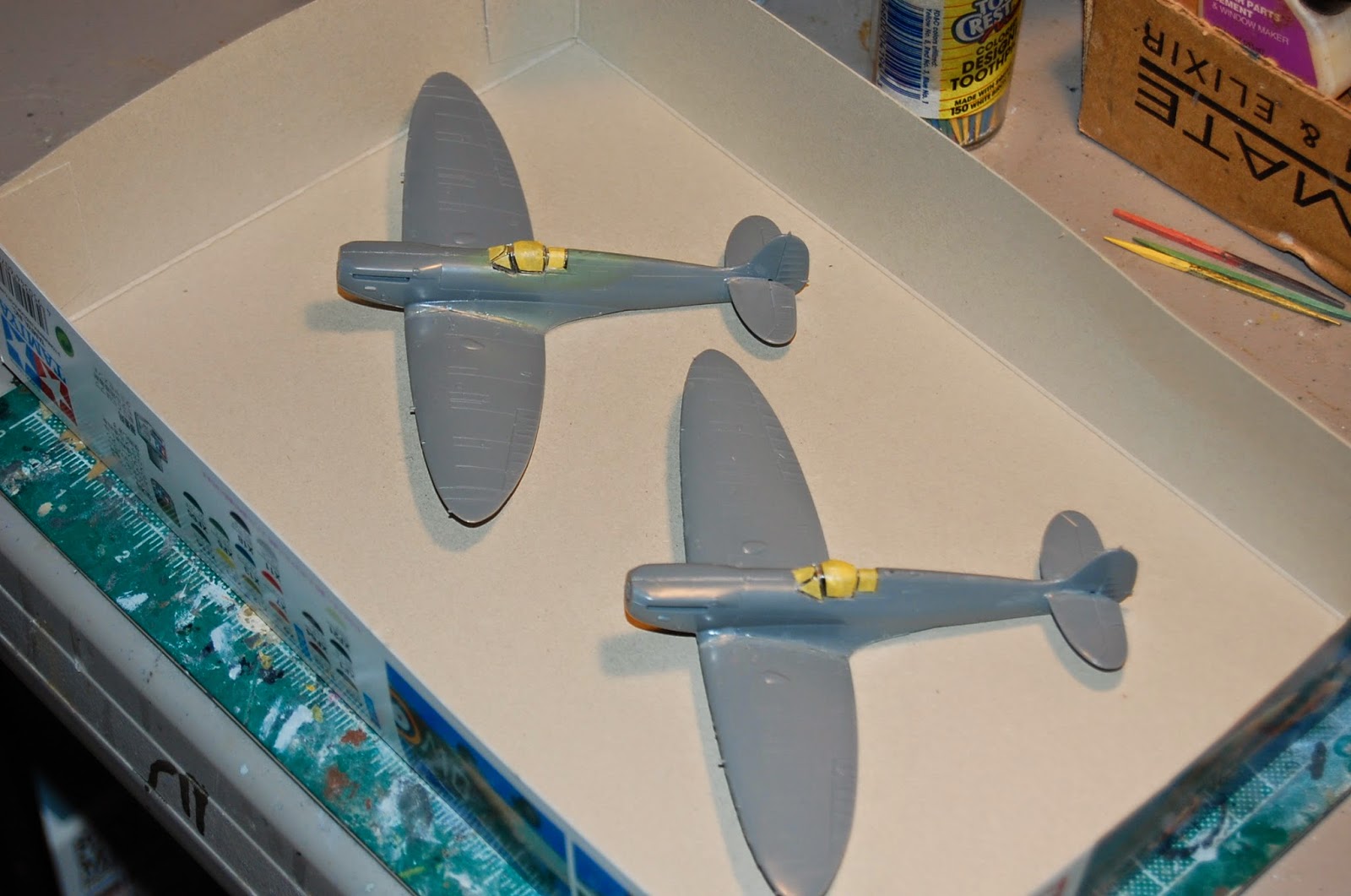 Posted by Kevin Callahan at 8:59 PM No comments:

First of all, best wishes for your Independence Day if you are American, and - for the rest of the world - at least it is Friday! We here in the Great Northwest are being blessed with a beautiful day, mid 70s and mostly sunny. This is not common, as it is traditional to have it rain on the Fourth. But not this year.

While there have not been any great strides forward in the production queue, I did at least get the two Tamiya Spitfires stuck together. One of them had some issues with the wing/fuselage joint, though given that the other didn't I assume it was some sort of operator error. But a bit of Surfacer and sanding should sort things out quickly. Next up will be masking the two canopies and getting ready for the first paint coat. It will likely be the undersides in Sky.

I did begin some preliminary work on the Airfix Ford Tri-motor. I have both this and the elderly Monogram Tri-motor, and could not for the life of me remember which one was closer to 1:72, though the Airfix kit is visibly larger in dimension. A quick post on the 72 Scale Aircraft forum - thanks, gents - and the question was answered. The cockpit is currently unpainted, so that will become the next step. I'm not sure what markings to use on this one; possibly the Texaco scheme that is on an old Microscale sheet. Decals are always fun over a corrugated surface, so I will have to make sure I am well stocked on Microsol and Microset when the time comes.

Though the weather is pulling me outside, I will try to get a marathon masking session in gear sometime over the long holiday weekend. 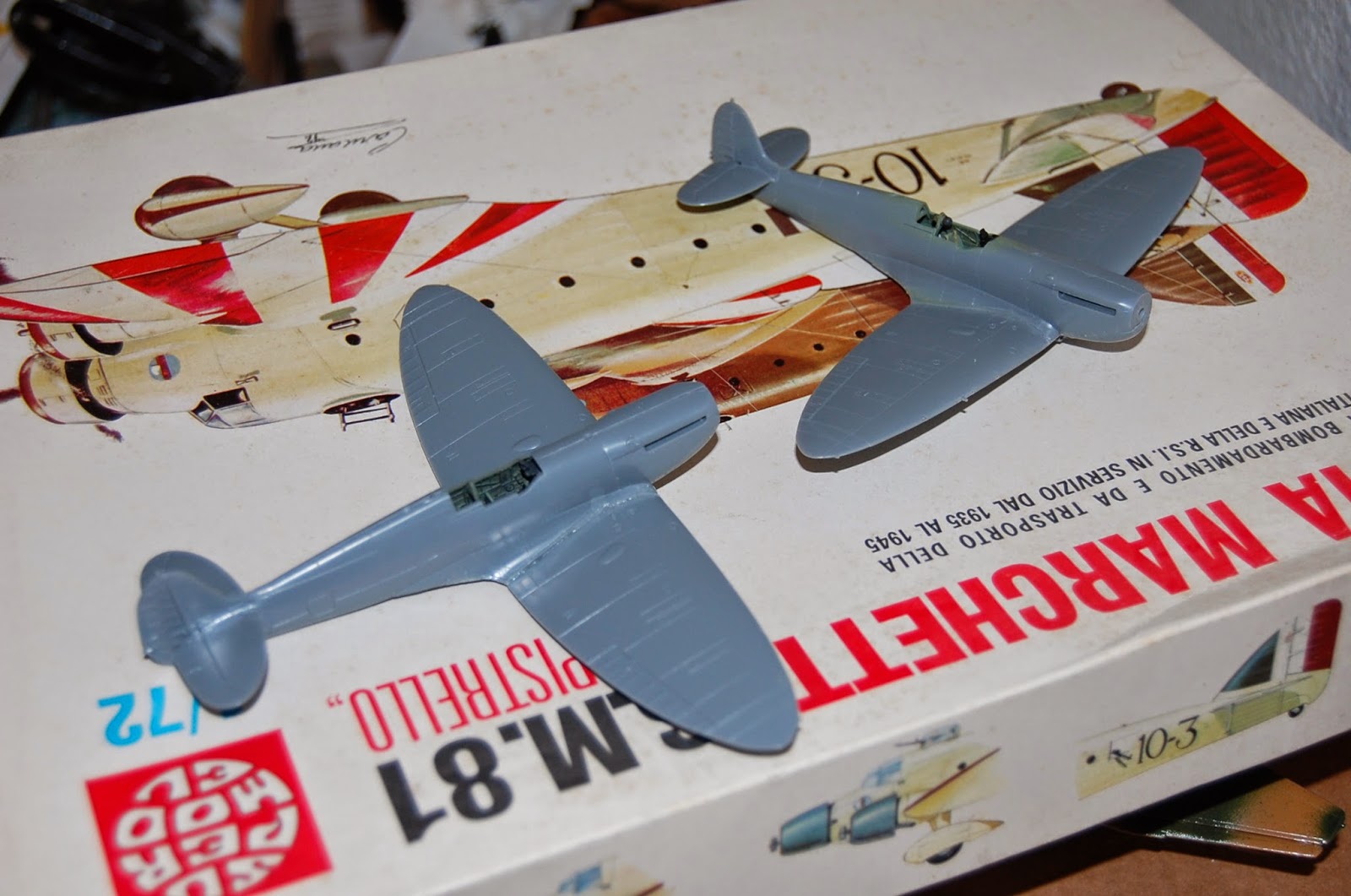 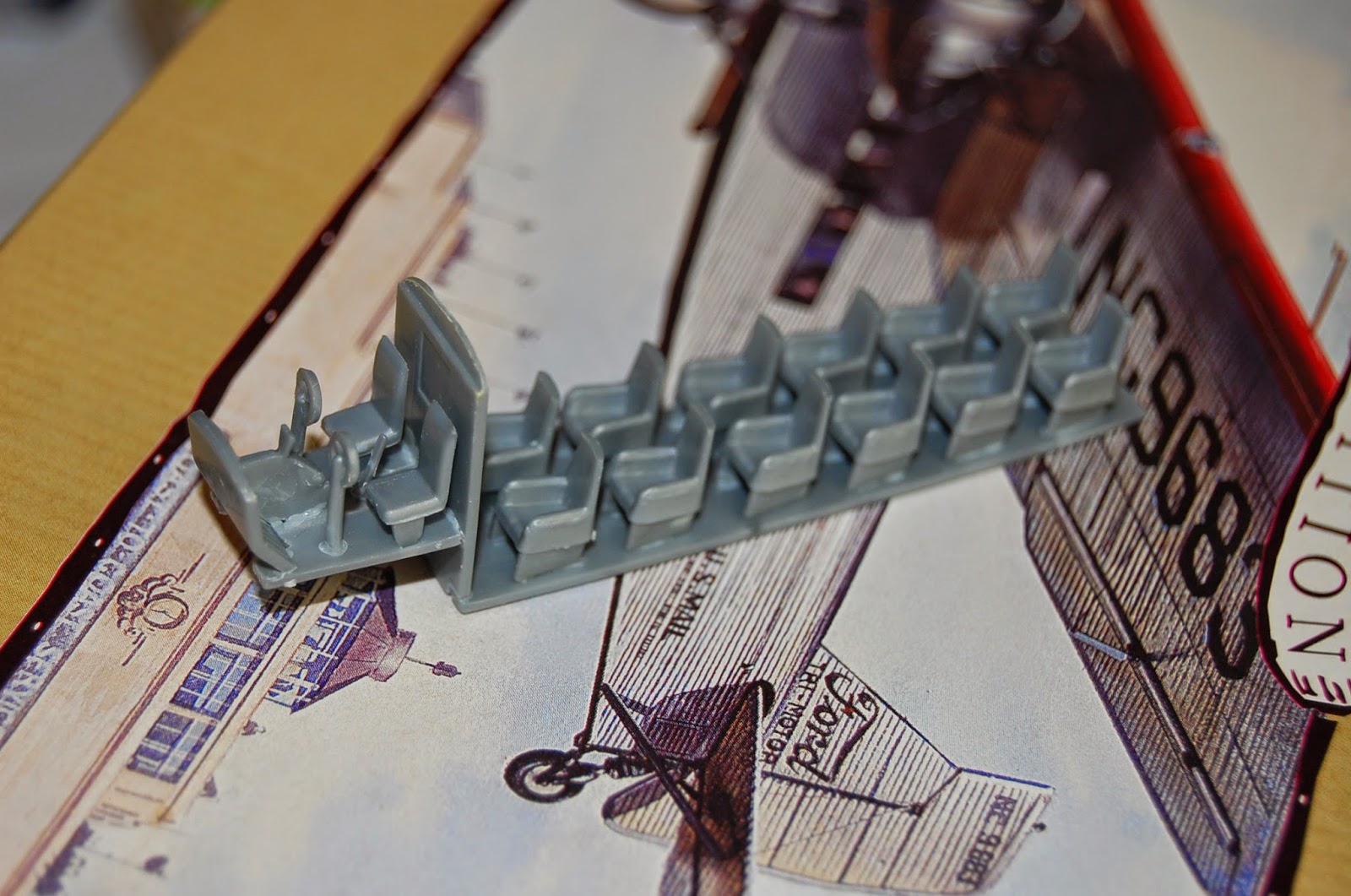 Posted by Kevin Callahan at 12:55 PM No comments: