With a gentle rain coming down outside, I was able to get an evening paint session together, mostly taking care of the items I mentioned in the previous post.

The Skyvan got its tail painted in aluminum. The Ju-87G got a nice smooth upper coat of RLM70. The AS-1 transport cart was painted in Soviet tank dark green (Xtracolour 811), along with the nose and tail of the AS-1 missile itself. And the newish AZ Models DeHav DH-88 Comet cockpit got its initial coat of dark grey to get things started.

I’ve decided to hold the Ki-98 (and the Ohka) until a later painting session. Same with the Wolfpack/Italeri T-45, which is just about ready for its black nose.

A fairly brief and simple session, but one without a notable disaster quotient. I'll take those anytime. 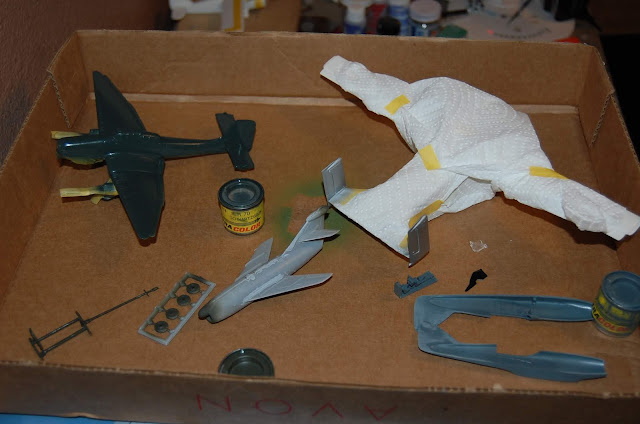 Posted by Kevin Callahan at 8:32 PM