Rising to the level of my own incompetence

This almost qualifies as a success. I'm not there yet, but I at least seem to have gotten back to the state from prior to this round of struggles.

Tonight I decided to do the RLM80 mottling on the desert snake, and paint the undersides of two Hobbyboss Hurricanes that had been hanging around the queue for a while now. I loaded up the brush with the Luftwaffe dark green and out it came from the airbrush. Not partial and pencil thin, but not a total gusher either. Now, one of the problems I have historically had with my compressor is that it has no add-ons. No moisture trap, no pressure regulator. To be honest, the thing is so old I'm lucky it doesn't run on buffalo dung. A proper upgrade (I've already got the new Iwata compressor picked out on an Amazon wish list) is awaiting the return to normal working income. So I am somewhat used to the technique of letting just the tiniest of pressures on the paint trigger move as little paint as possible onto the model. The RLM80 patches are fairly large on this plane, so it didn't go badly. But the edges do display some spatter and are not as tight as they need to be. But no worse than historically with this airbrush.

The undersides of the two Hurricane 2c, one in Azure Blue and one in Sky, proceeded better. But now the problem seems to have migrated in the other direction. Lots of paint is exiting the brush. It never got to the point of causing runs, but there are a couple of spots that will likely require a small bit of buffing and repainting. Again, things that I have dealt with before and am used to. For the second, surface coat, you load the paint with lots of thinner and just allow it to fill in the valleys that you've buffed into it. It is nice when you can avoid that step but not onerous if you have to perform it.

So the Death of 1000 Cuts Via Airbrush continues. Tomorrow I think I will relax with some pure construction and decalling, as I finish up the Russian AF Ilyushin Il-28 from Trumpeter. 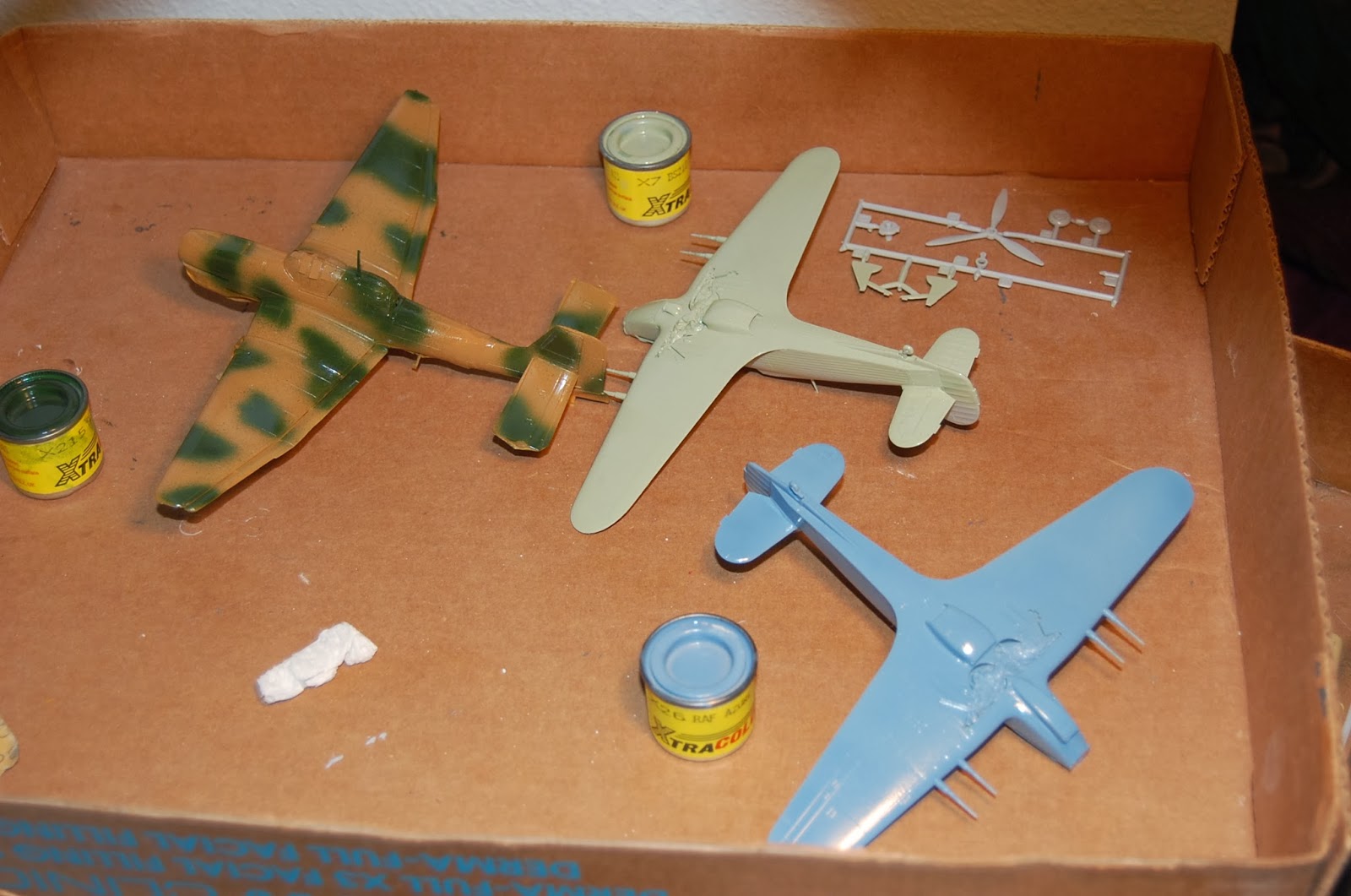 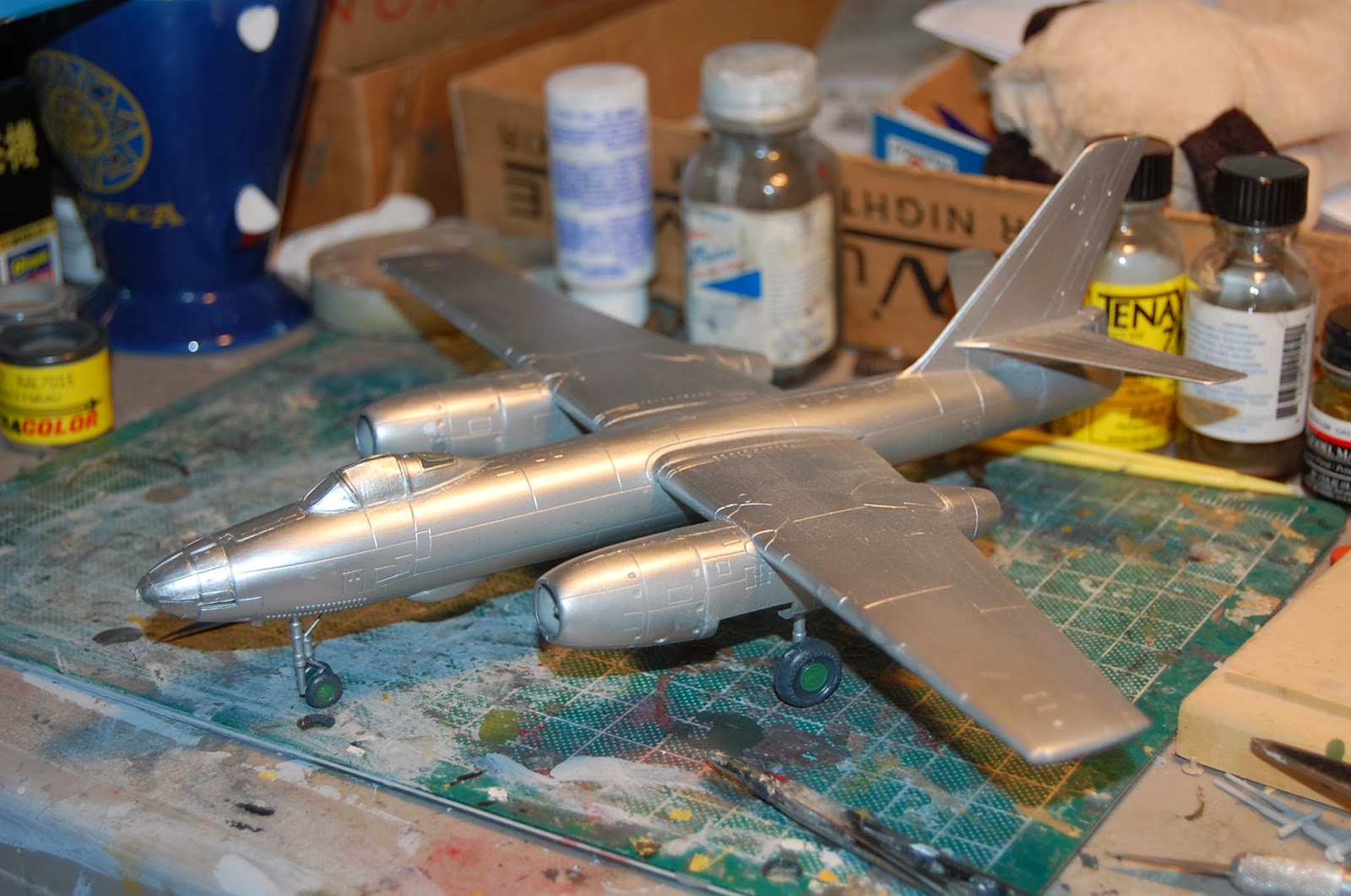