After vanishing for months after my festival of whining last summer, I was all prepared to burst back on the scene with a new series of blog entries once we made it to the new year. And almost as soon as the calender clicked over and I began to get serious about the upcoming work -- I had a computer meltdown. Yes, I will own up to it being self-inflicted. One glass of iced tea too close to the laptop, and you can fill in the blanks yourself. The problem was that the laptop keyboard gave up the ghost, and decided it would be best to input random keystrokes instead of what I intended to input. Granted, I use an external keyboard and mouse - never really liked laptops but SWMBO does - but once the input actually gets to the motherboard you're hosed.

So off to the repair shop I went. The procedure was actually fairly simple: some minor cleaning and a disconnect between the laptop keyboard and the motherboard. But the shop was still dealing with a holiday upsurge in business and it took 3 or 4 days to work my way through the queue.

So I took a short journey to the 1970s, before we had all these wonderful computer items to squander our time. Sort of like when our power goes out, but at least there were lights on and I could turn on the stereo. But no blogs, no forums, no email, no commerce. You'd think that would be a perfect time to catch up with my modelling tasks, wouldn't you? Yes, a wonderful time. Ahem.

But even if my workbench remained uncontaminated by the presence of in progress models, I did at least give some thought to my next series of projects. Most are just getting back up to speed with things that are already in motion (some Spitfires, P-1106, Ju-87, B-26) but one new project was inspired by a decal sheet I picked up sometime in the fall. Here is a hint. 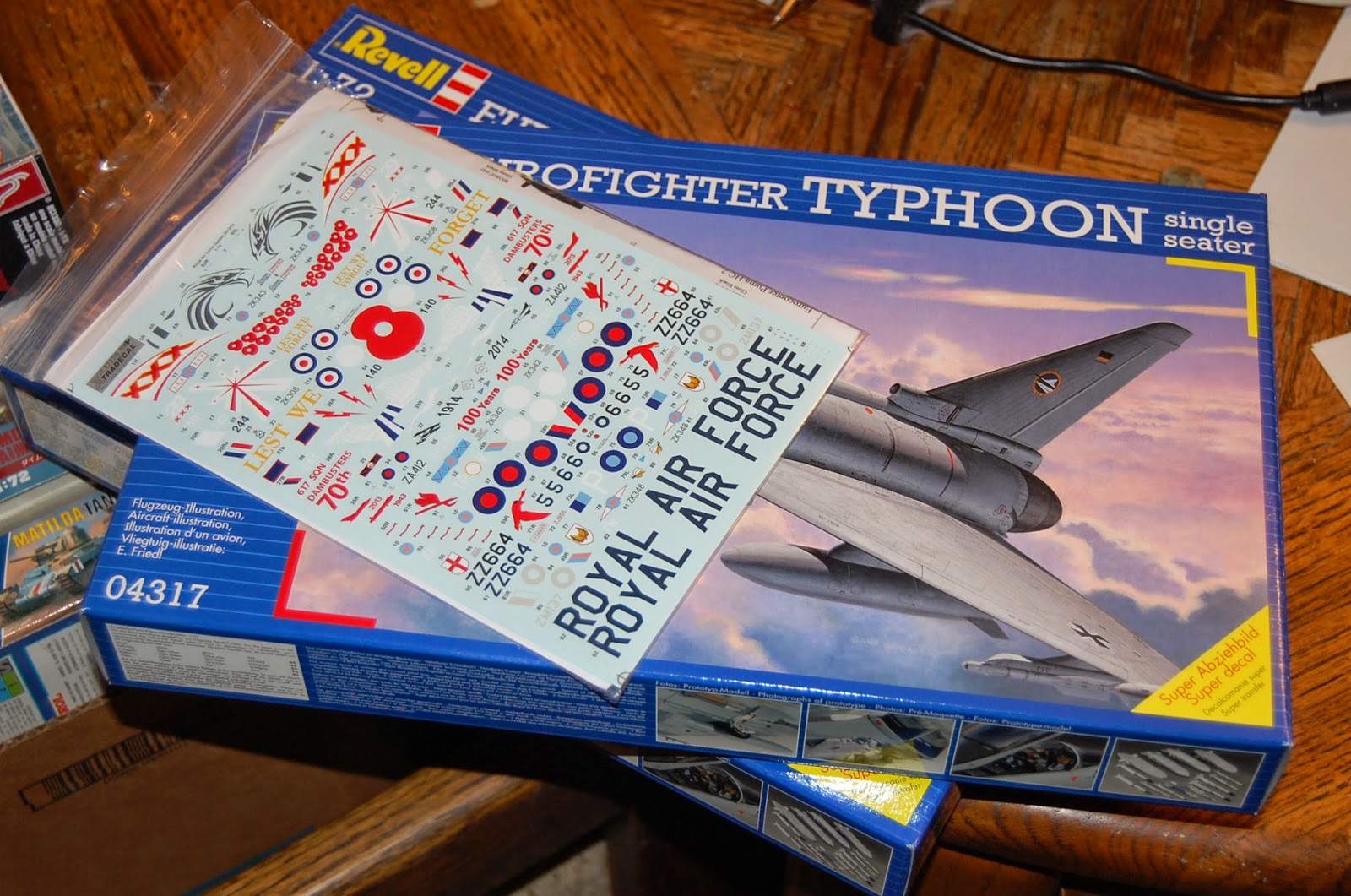