Another non-modelling road trip to tell about today, but this one at least has aircraft related application. I paid a visit to the Flying Heritage Center, where Microsoft co-founder (and former aircraft modeller!) Paul Allen houses his fleet of flyable historic aircraft. As you can imagine, with that much $ to throw around, the collection is very impressive, not least because all of them are maintained in flying condition, though not all will be flown. Bf-109, Hurricane, Ki-43, Fi-156, P-51, Spitfires, a recently acquired B-25, Fw-190A and D, Po-2, I-16, and even the nose of an Avro Lancaster. I didn’t ask, but I suspect that one doesn’t fly.
On many weekends during the summer, the staff takes a couple of the aircraft out and fly them for an hour or so. This weekend, being an anniversary of the Battle of Britain, they had scheduled two Spitfires and a Bf-109E. As it happened, the Arizona CAF had their B-17 and B-25 in town as well, and they would join the other three in the air. More warbirds in the air than any airshow that I have seen since attending the Chino airshow a few years back.
The Bf-109 had some cooling problems almost as soon as it took off, and landed after only two circuits. The Spits circled for a half hour, and the B-17/B-25 pair also did a few laps before landing. I had never seen a 109 in the air, so that was quite a thrill. There were hundreds of spectators in attendance; this was obviously a well run and well publicized event. If you are ever visiting the Puget Sound area, we have a lot of aviation related stops (the Museum of Flight, Olympia Flight Museum, the Boeing company tour) but you should really put the FHC on your itinerary as well. Especially since it is so close to the Boeing facility. There were quite a few partially assembled 787s parked along the way to the facility, most without engines.
I went with IPMS-Seattle’s newly elected president, Andrew Birkbeck, and ran across another long term IPMS member, Bob Labouy, while wandering the museum. There may well have  been others from the club in the significantly large crowd. Kind of warm, but excellent blue skies.
Below are a couple of tasters. The lighting in the museum hangar was a bit tricky, with the clerestory windows always backlighting the aircraft. One of those times that I would have benefited from Seattle's normal clouds. 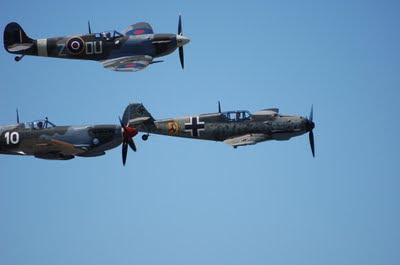 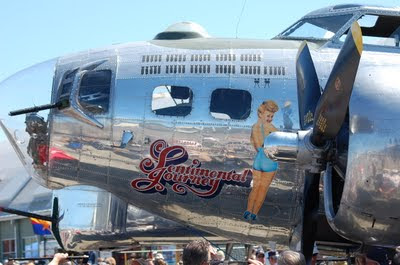