It appears that the post-summer logjam is really breaking. I have no less than 5 completed models in queue, which will be debuting here on the blog over the next few days. And there are a number more in the final stages of construction, painting, and decaling. Looks like the goal of 40 completed models in 2011 in coming within reach.
Tonight’s entry is the Supermarine Swift FR5. It is part of a small postwar British fighters project that includes an Attacker and a Seahawk. It is the Xtrakit, which is a reasonable short run kit, though it does require some extra work to smooth over fit issues. Panel lines are nicely engraved and the canopy is injected. The Swift was one of those types we thought would never get kitted in injected plastic (unless you count the aged Hawk version from when the type was actually in service). But thankfully Hannants/Xtrakit has been making an effort to plug some of the holes in British types.
Derived from the Attacker, by way of the type 510 and 535, the Swift featured swept wings and tail, along with a longer nose for placement of the FR5s camera. It didn’t spend much time in front line service and was replaced by the Hunter in 1961.
Mine is in the red arrow markings of 79 Squadron RAF. The camo is PRU underside, with Dark Green and Dark Sea Grey on top. All paints were Xtracolour and I used kit decals.
This is completed model #363, finished in September of 2011. 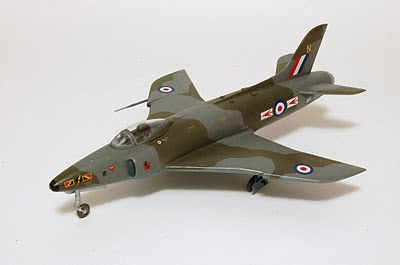 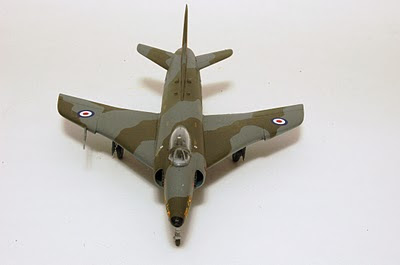 You’ll also notice that the Sukhoi T-50 and the F-22 are being readied for paint. They should be finishing up in a few days. And my J-20, to complete the set, is on the way from Great Models. Finally, the last photo shows the current state of the Hobbyboss Seahawk, a P-47, and a revived SA Bulldog. 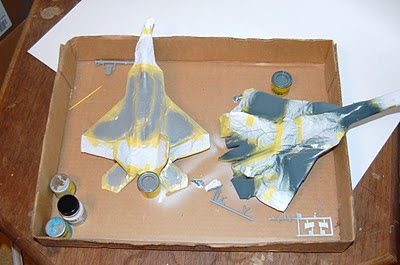 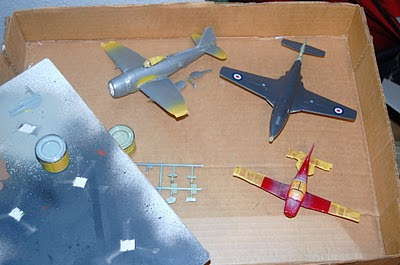 Posted by Kevin Callahan at 4:59 PM