The final Hannants box has arrived, which should keep me busy through the rest of the summer months. Four kits and a few accessories were included.

The first is the Special Hobby BP Balliol in civilian British markings, and has a bit of a story attached to it. I bought their Balliol kit when it was first released, but couldn’t get very excited about the markings options that SH provided. When I heard about the re-release, with markings for a maroon Balliol with civilian code letters, I was sold. But I already had the kit. I found that Alley Cat, in support of their own resin Balliol, was selling the decal sheet separately. And sure enough, when I visited the website, there was the maroon version. I bought it along with their metal-winged Hurricane I conversion and a Lightning F3 conversion for the Airfix kit. It took nearly three freaking months for the parcel to arrive, and when it did – no markings for the civil version. Upon further research, it turns out that in the Alley Cat kit, the civil one is done via paint masks rather than decals. Fair enough, do it however you like, but the item on the website clearly shows that as one of the options on the standalone decal sheet and makes no mention that it is not available as part of the item. An email went to Alley Cat explaining the issue; I figured he could either refund or send me a set of masks and the issue would be concluded. No response. It’s been a couple of months now, and I would say this ends my customer relationship with Alley Cat. Buyer beware, as always. I’m still stuck with one Balliol kit that I’ll likely never build. That kit’s future is probably to be dumped on ebay eventually.

Next comes the Meteor 3 and 4 hybrid that set the speed record. I’ve always liked this scheme, and will likely pair it with the Trent Meteor and enter it into the construction queue later this summer.

The third kit is the Northrop Delta from Azur/Ffrom. I’ve built the Williams Bros Gamma civilian version and believe I have an Esoteric conversion for the Delta sitting around somewhere. This will be a much easier way to get to a finished model, however. TWA markings for me.

Finally, I picked up the M26 Dragon Wagon from Academy. This seems to be difficult to acquire in the states, though I’m not sure why. It will serve as a sort of final exam for this first phase of my vehicle modelling, before I actual start working my way into MBTs and other tracked vehicles. It is large and complex – but still probably holds fewer horrors than the AModel Tsar Bomba transport did. Since I am still primarily an aircraft modeler, it may take a while to actually find a spot in the workbench queue. 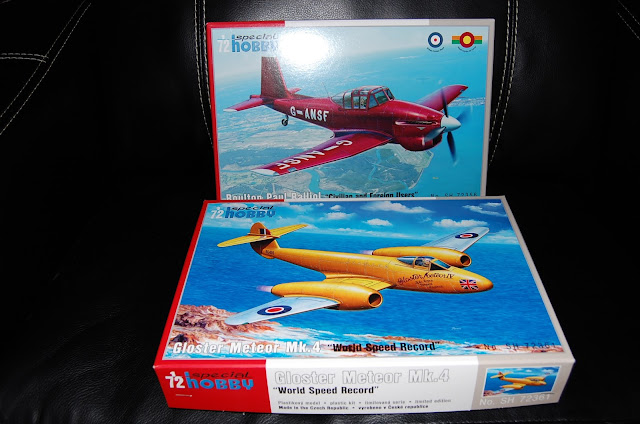 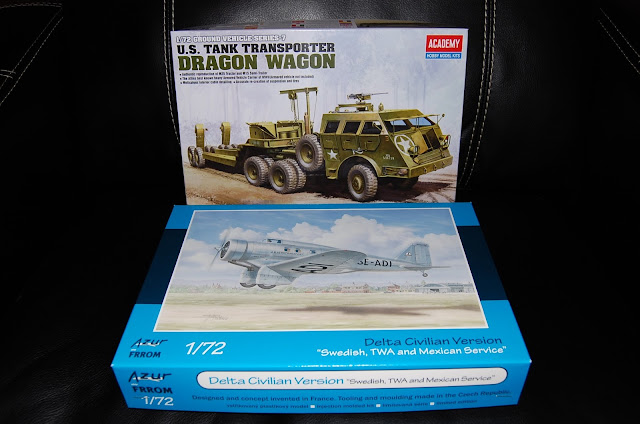 Posted by Kevin Callahan at 1:53 PM