When you can describe a paint session as fun, that is a win as far as I am concerned. And last night's session went well, no doubt mostly due to the newness of the airbrush. It is still performing at a high level (unlike myself...)

The main event tonight was getting the first coat onto the upper surfaces of the Bv-222 flying boat. It was an epic job to get the lower surfaces masked with all those engine nacelles and a part of dangling floats to have to cover up. I'm burning up my Tamiya tape at an alarming rate. The RLM72 seemed to go on pretty smoothly, though there may be a couple of minor runs that will need to be cleaned up and resprayed to finish the job.

Next up was a load of Dark Green to do the camo on the Norseman and the upper surface on the Airfix Blenheim. A note about the Royal Army Norseman. Jim Bates correctly pointed out that the Royal Army did not in fact have any Norseman types on their roster. I had discovered an image of a model RA Norseman when I was doing a Google search. I wasn't terribly enthused about another Olive Drab and Neutral Gray type for my military model, so I latched onto this one immediately. I'm always a sucker for Brit markings. It wasn't til I got Jim's comment that I went back and took a closer look at the article that accompanied the photo. And there was that dateline: April 1, 2011. <Sigh> You'd think I'd know better. But after having just completed a WW2 Bomber Command B-36, I'm not going to let a whif paint scheme stop me! Royal Army it is.

Here are a couple of shots of the Bv-222 and Norseman. 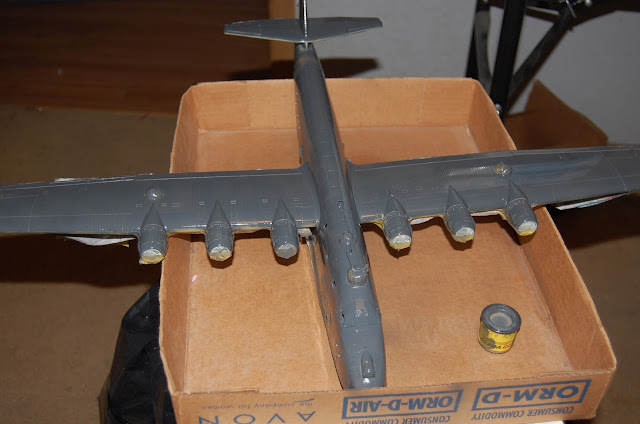 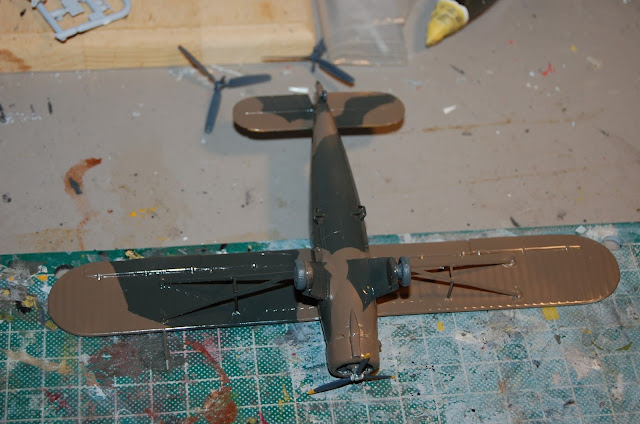 Posted by Kevin Callahan at 9:50 PM