Now for the third purchase of the recent spending spree.

I missed out the first time the Revell A400M was released in 1:72. Lack of available funds meant that I had to put this project on the back burner. When I finally saw the latest Mission: Impossible film, with Tom Cruise hanging on the side door of the A400 during takeoff (which was apparently him and not a stunt double, and they had to do something like 8 circuits to make sure they had all the shots they needed) I knew I had to search one down.

Unfortunately by that time Revell had let the kit slip out of production. Sprue Bros said they couldn't get any more til Revell decided to reissue. So I went off to ebay, and found that, instead of the $70-ish MSRP of the original kit, they were now going for roughly $120 with shipping. I decided to hold off until a reissue or a more reasonably priced kit came within my view.

Last week, I did find a kit on ebay for $60 ($74 with shipping). I figured that was close enough for me and bought it. It took the package a while to make its way up here from California, and it took something of a beating on the trip, but the kit seems to be all there and undamaged. The box got smooshed, but it will be in a recycling bin soon enough, so that is not an issue.

The kit is rather huge, as expected. There is a full cargo interior, but since I have no plans to have the ramp down or any doors open, I may see if it is possible to forego those bits. At this point I don't know if the interior serves any structural purpose on the model, or is just there as an option for those who want everything open. But I'll find out soon enough because this one is entering the build queue.


The only shipment still in transit is from Hannants (mostly decals with one small resin kit). It usually takes 3 weeks to arrive, so I probably won't be seeing it for a little while. 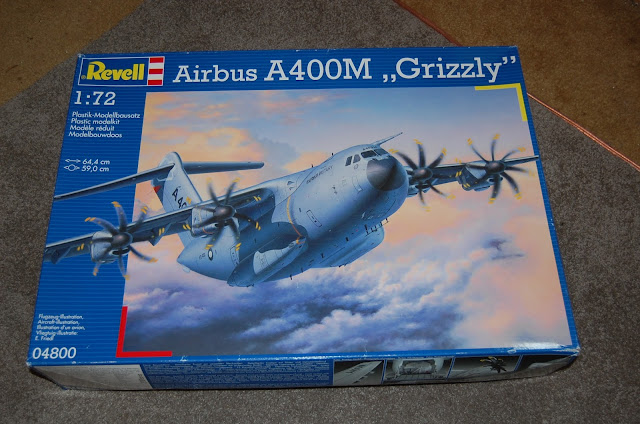 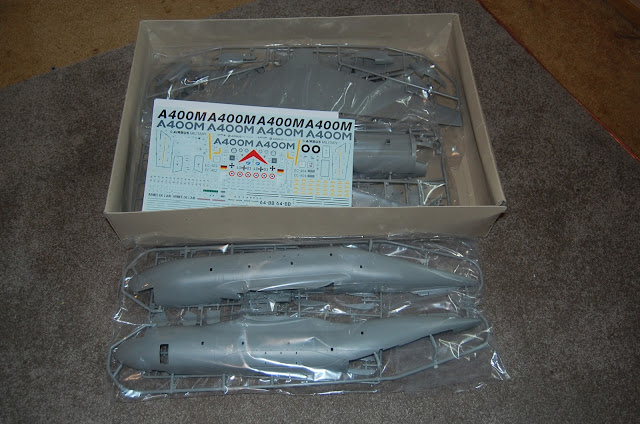