Although I have a significant line forming in the painting queue, most of this weekend's work happened on the construction side of things. Lots of seam sanding, and the addition of a number of small bits that need to be attached prior to arriving at the paint shop.

But the largest amount of work went toward completing the space shuttle. This thing is a pretty large size model. The fuselage is together, the wings and tail are attached, and since the landing gear bays had to be put together before the fuselage was sealed, the gear are in place as well. It is an elderly kit and had a number of spots where the fit is not great, but at least minimally acceptable. The tail seems to have shifted slightly while drying - something that has happened to me more than once lately - but it is tightly attached and would cause massive destruction if I tried to pull it off. Looks like there is some putty and PSR in my future.

The biggest hurdle to pass over before construction is majorly complete is the cargo bay door structure. I have no interest in posing it open, so the doors will need to be closed, something the kit was clearly designed not to do. Besides being difficult to attach the doors at all (imagine some really bad bomb-bay doors that don't fit) there are strange protuberances that I assume are meant to represent hinges when the doors are fully open. They extend quite beyond where anything should be when doors are closed, so they will need to be meticulously sawed off, one at a time, and then patched. Sounds like a boring job to me, but I suspect necessary.

It's going to be getting warm here over the next two weeks. Well, it is almost July. As long as it doesn't go much over 85, I can probably do a paint session some morning before things get uncomfortable. I've also received my recent Hannants order, so I'll be laying out what was included sometime soon as well. 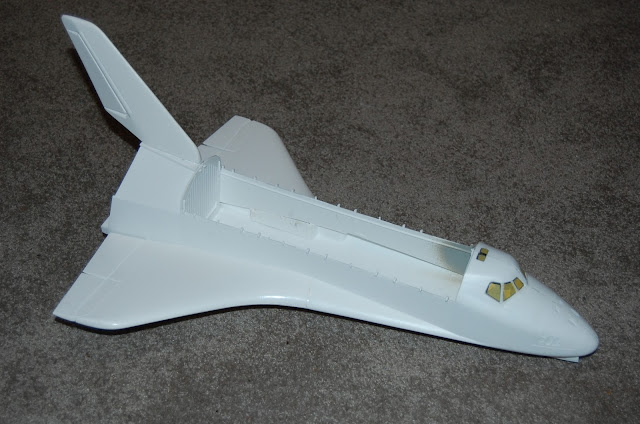 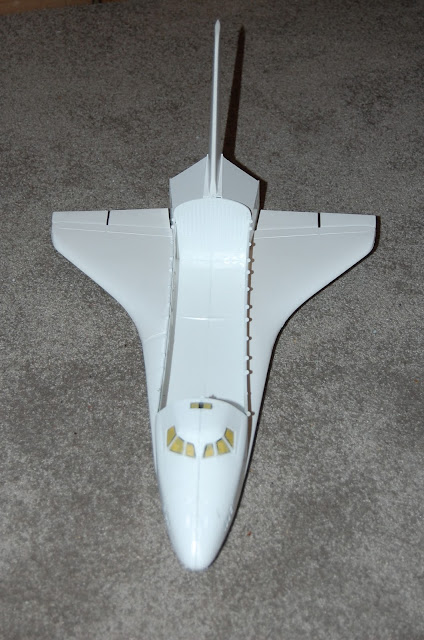 Posted by Kevin Callahan at 3:40 PM