Cockpit construction and masking occupied much of my recent modelling time.

I’m still getting all the cockpit bits together for the Phantom FG1, Tornado GR4 and Hawk T1. Just detail stuff by and large. Adding decals if they are provided, painting and drybrushing the Dark Admiralty Grey surfaces, and getting everything stuck together. The traditional step after this is completing major construction for the airframes, which is where things finally begin to take on a recognizable shape. 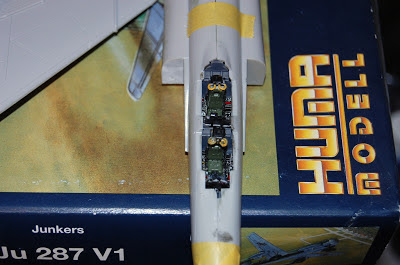 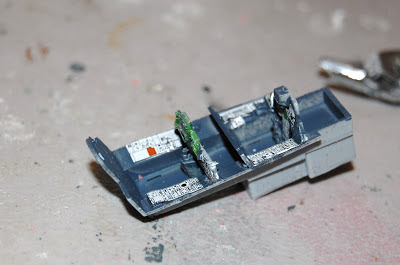 As usual you can see all the warts when you are taking close up pictures (even if they are not obvious in person). Both the cockpits will need some additional fettling before closing up the fuselages.

A fair amount of masking is required on the Revell Halifax. I’ve gotten all the lower surfaces painted black, so it will now be time to get ready for the topside Dark Green and Dark Earth camo. And since one always seems to have extra paint left in the airbrush when you finish one of these camo jobs, I’ve also done some masking on the whif B-36 I’ve been tinkering with. Maybe I have been infected by the three whifs I built this October, but I decided that this huge monster had lurked on the Shelf of Shame long enough. 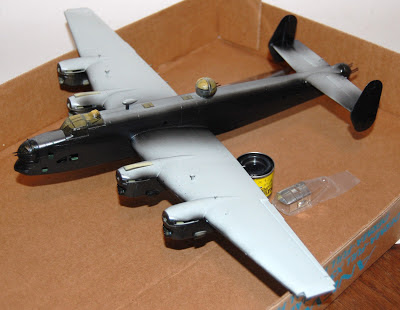 When it gets further along I’ll shoot some pictures. Any of you who have built the Monogram B-36 know that I’ll probably need to use a wide-angle lens to get the whole thing in one shot.