A second paint session in two days! I am a machine.

Lots of little detail work in this one. The Yellow prop tips were fully cured so I masked them up. Not easy when you come equipped with 10 thumbs. I then painted the Black of the props for the Lanc, two Hurricanes, Mc-202, and D-520.

I also had to fish out the Alclad White Aluminum to paint the landing gear and inside gear doors for the Trent Meteor. Landing gear struts for the D-520 were done as well. I also painted the exhaust stacks for the two Hurricanes in Alclad Exhaust Manifold. Seems to work well enough.

Next came some White. First, on the fuselage stripe of the Italian AF Hurricane. Second, on the inner gear doors and landing gear of the F11F Blue Angels.

Finally, I put some X116 Light Green for camo on the Hurricane from the SAAF. This morning, finding the Dark Green quite cured, I used an Eduard camo masking set. I do like these masking sets and will probably pick up some more for my next two Hurricanes. Next for this model, I’ll be masking for the Trainer Yellow wing stripes and fuselage squares. I’ve built so many 1:72 Hurricanes that they seem to just progress through the construction and paint queues like clockwork. That emphatically does not mean I am incapable of screwing them up royally at some stage, however.

You'll notice that I've already started masking the two Hurricanes for their next paint session. 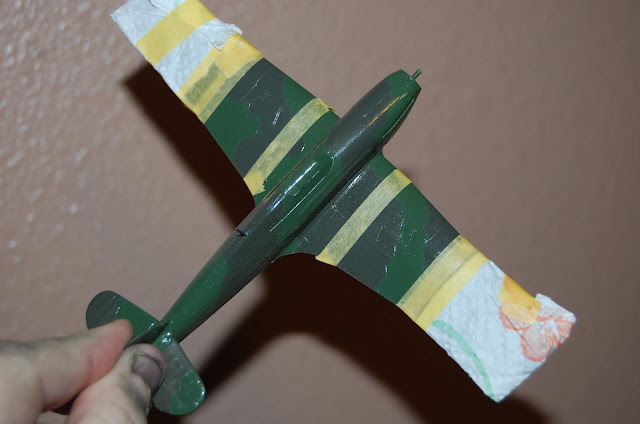 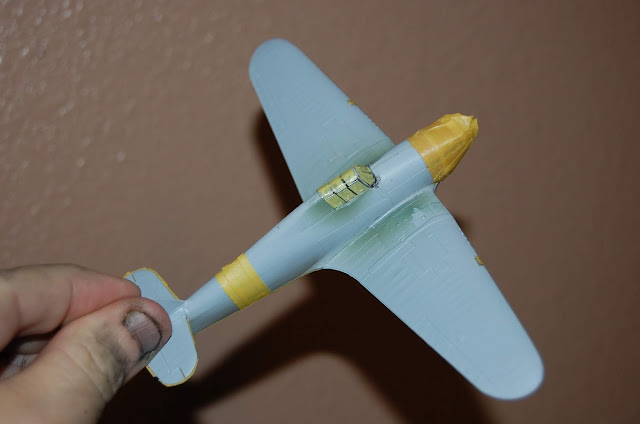 Posted by Kevin Callahan at 6:56 PM