Another completion in a long line of models: a P-47 razorback. There are aspects to the type that I really like: at least two nicely engineered kits and lots of decal sheets, each with some good nose art. What’s not to like?

I recently purchased DK’s latest sheet, entirely devoted to P-47s in the PTO (72-040). There are a lot of interesting markings schemes on the sheet, and the one that first drew my eye was in overall NMF with yellow and black wing and tail tips, and a yellow/black spinner as well. Sold!

I am familiar enough with the construction process for these Academy kits that there isn’t much new to impart. Painting was a rather drawn-out process: paint the yellow, mask, paint the black, mask, paint the wheel wells, mask, paint the Alclad White Aluminum. The DK decals performed as per expectations.

I was generally pretty pleased with this one, and will be glad to add it to my long series of completed P-47s.

The aircraft was flown by Major M J VandeHey of the 78th Fighter Squadron, 15th Fighter Group, while part of the Pineapple Air Force in Hawaii in 1944. I’ve been referring to the snake on the cowl as a rattlesnake, but given that the nickname of the 78th was “The Bushmasters” it probably means that the snake belongs to that species. VandeHey was apparently the squadron commander. 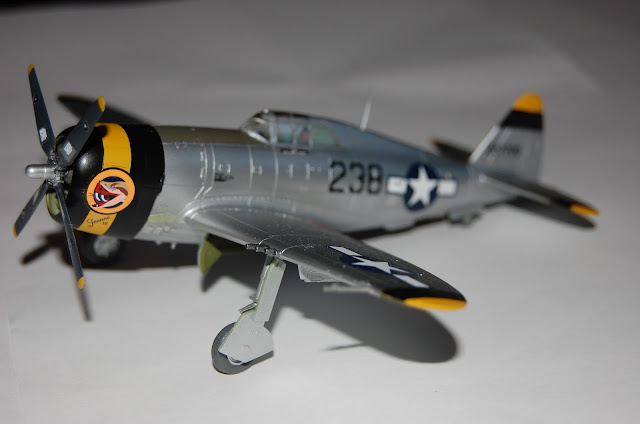 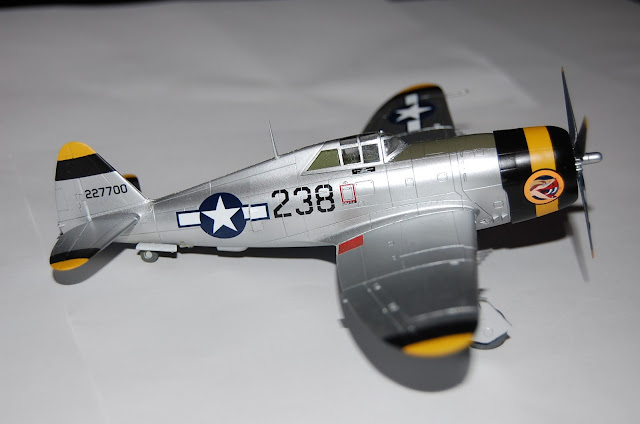 Posted by Kevin Callahan at 9:06 AM