There was yet another piece of airfield equipment (in this case an ammunition trailer) that needed a coat of Olive Drab. While I was using that color, I decided to buff and reshoot some portions of one of the P-47s. Specifically, the horizontal tail.

Once that was all taken care of, I moved on to the Neutral Grey undersides of both current P-47s. This includes the gear doors. The surface looks pretty good, so hopefully I won’t have to buff them out. The next step for these two will be adding landing gear, painting tires, and getting the engine and cowling attached.

Finally, there were some more small vehicles that needed a matte sealer coat. They’ll be appearing in the completion column shortly. 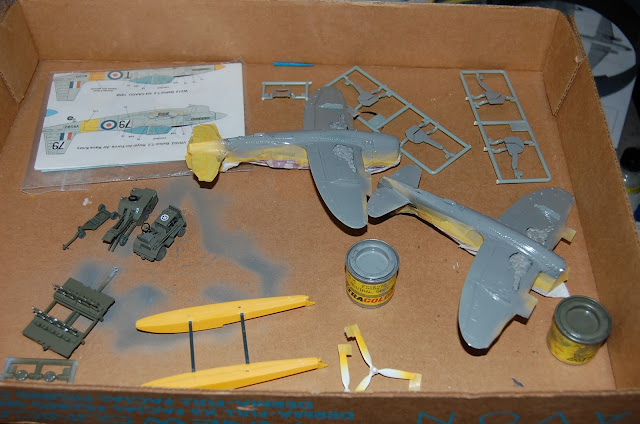 Posted by Kevin Callahan at 3:43 PM