Today we get a twofer in terms of completions. First comes the RAF 8000 lb bomb, and second comes the RAF transport carriage that hauls the bomb to the aircraft (generally, a Lancaster).

Both of these items come from the Airfix RAF Bomber Re-supply set. Neither were a construction challenge, having so few pieces, and both were painted RAF Dark Green. Well, except for the tires, for which I used Modelmaster Euro 1 Grey. Decals were a marginal struggle, with the kit markings seemingly uninterested in remaining stuck to the paint. Patience and a bit of Supersol/set eventually took care of the situation. With all of the Hitler insults that the crews chalked onto these bombs, I thought the one used on the decal sheet was unnecessarily innocuous. Bah!

A couple of simple and pleasing additions to the completed model display. 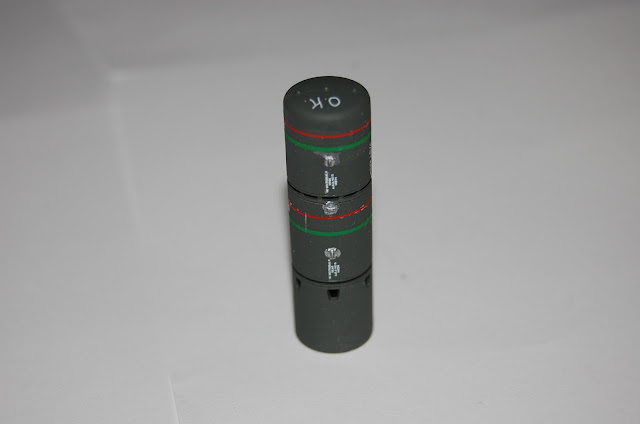 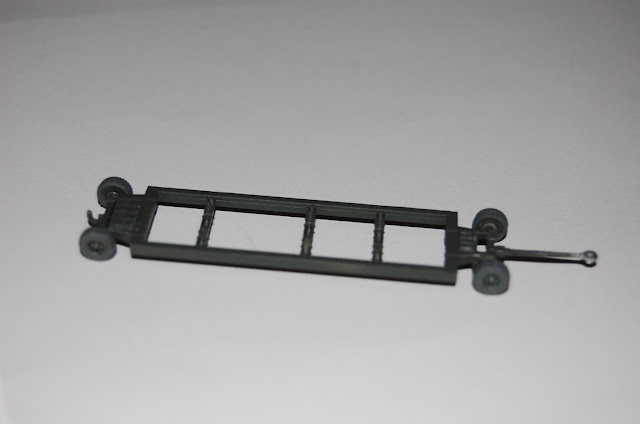