The final model in the series of 5 Me-262 related aircraft (at this time, at least) is the Academy Me-262C. Admittedly, the differences between an A and a C are not drastic, but it was still as surprise when Academy announced that this would be an option in their kit. The tail is a separate piece, which allows them to mold the peculiar cutout and odd little pipe below the tail that comprise the major differences. There is one paint scheme for the C, and a much larger number of decal options for the A provided in the kit.

Detail on the Academy kit is pretty good; more in the wheel wells and cockpit than is provided in either the Hasegawa or Revell kits. I’m not the proper one to ask about accuracy, but the result is certainly busy enough for me. The separate tail’s seam needs a bit of attention, as do the engine pods, but that is common on most 262 kits. Paints were the usual Xtracolour.

I do have plans for other Me-262 models down the road (including one that may get a wider audience, with any luck) but for now my plan is to take a family portrait of everything from this project added to the 3 previously completed ones. They’re all in different cases, of course, so it may be a while before I get time to extract them and get them cleaned up for their photos. Plus it wouldn’t hurt to get a sunny day to shoot them outside, something that is never guaranteed even in the summertime here in the great Northwest. 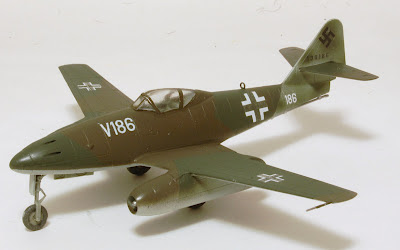 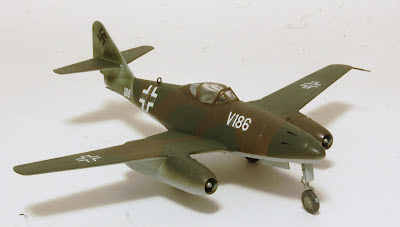 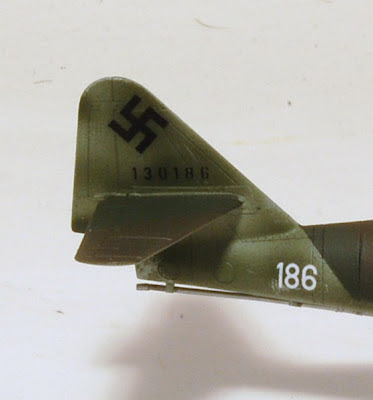