The last few days I’ve been getting ready for yet another paint session. We’re getting to the end of the calendar year, which means I would really like to get as many items across the finish line in 2018 as I can. There definitely will be a few more getting written up here, so stay tuned for that.

I was able to get the wings reattached to the Fw-200 airliner. There is some cleanup that will need to be done on the wing root, which will be complicated by the fact that I am all out of RLM63 pre-war light grey, and Xtracolor no longer makes it in that shade. They have changed it to a much darker, almost RLM02 formula. I’ll have to check out all those greys in their US range and see if I can find anything that won’t look too weird. Honestly, I don’t see how some modellers paint subassemblies prior to gluing them together. Not only do I tend to use the technique of flooding the joint with liquid glue (like Tenax or Tamiya extra thin), to get a good seal, but there is almost always some cleanup that needs to be done after assembly.

After getting the wings on, I embarked on a multiple day heroic masking session to get this plane ready for the black Lufthansa stripes on fuselage and engine nacelles. That is one of the things that kept this model on the Shelf of Shame for years. But I committed to getting it done, and now it is ready for the Black paint. Go me!

I’ll also be putting a primer coat onto the AS-3 Kangaroo Soviet missile. Normally I would prefer to spray Alclad directly onto the bare plastic, but early AModel kits just have too many fit issues that require at least a bit of filler. Thus the primer coat.

I’ve also gotten the AS-3 transport cart mostly assembled as well. It was actually more difficult to get together than the missile was, and certainly had more parts. It will be getting a coat of Russian green.

If I have enough time and energy, I will get a first upper surface coat of MRP301 on the Macchi MC-202 fighter. I also have the cockpit of the Dewoitine D-520 assembled, so it needs a coat of grey-green as well. And there are two vehicles getting a topcoat of matte to finish them off. 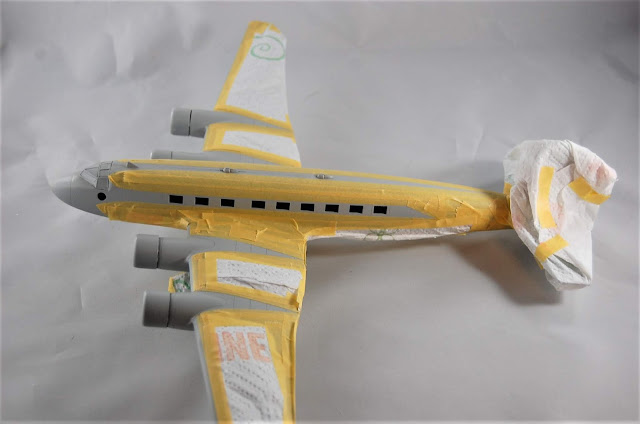 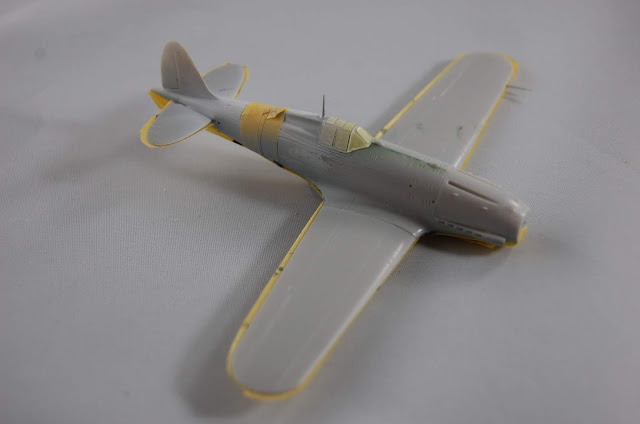 Posted by Kevin Callahan at 9:21 PM