I’ve been rather dissatisfied with the photos, both the completed glamour shots and the in-progress construction pics, for a while now. Partially due to laziness on my part, the depth of field just doesn’t keep enough of the model in focus and the background can be problematic as well. So I decided to invest in a photo tent.

The main advantage of the tent is that you can control the amount of light – and the direction of that light – that comes onto the model at time of shooting. There are other ways to get there, such as floods or a lens-mounted ringlight, but I hadn’t retained any of my gear from my hobbyist years as a photog. I thought that the tent would be a good compromise of ease and functionality.

A quick check of Amazon showed a range of options, and I chose the one I thought maximized value and minimized cost. The final damage was about $50.

The first photo below shows basically what comes in the box. Tent, background cloth, three small floods, and some bits for a tripod. The tent will be set up in our living room, since the new cat’s occupation of the hobby room means that there is no existing real estate available there.

The second shows the tent folded up.

The third photo shows the tent as set up, surrounded by the floods. The white background cloth has not yet been installed. It wasn’t too difficult to do; most is simply intuitive. That’s a good thing, because the included instructions aren’t much help. They do advertise their customer service number, so I suppose they expect you to overcome any problems that way. The main issue: the card table I bought isn't big enough! Not much the vendor can do about that, though...

Tomorrow will be the big test, when I try some completion shots on a little German recon vehicle I’ve recently finished. Then, the Ju-87G and the Raduga AS-1 Kennel and transport cart. Finally I can get some of the completions documented. 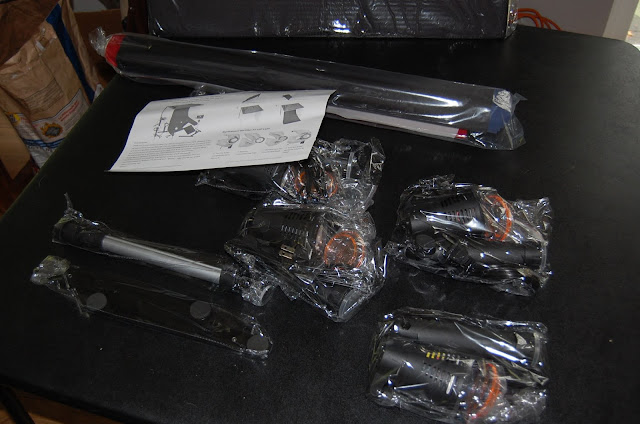 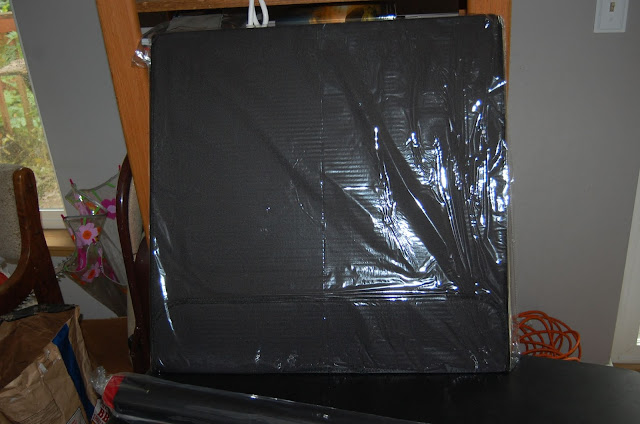 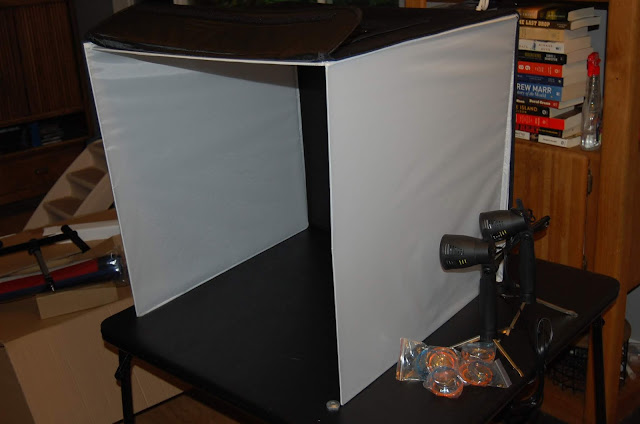 Posted by Kevin Callahan at 6:03 PM